Art of the Scout 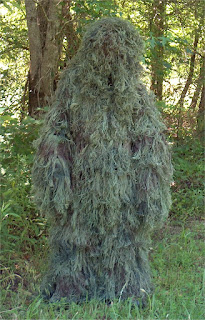 Perfect camo is not perfect is your rounded lines
do not match the straight lines of the forest.

The Austrian Marksman Joseph Allerberger of the Gerbirgjagers in World War II, fascinates me from a Scout perspective, as this son of a carpenter was a natural at war in the ideas he generated. When one thinks of Americans, they have these monstrous Ghillie Suits which are of course all the rage. The problem though as the Austrian knew from experience was that no one in war had the time to put on one, they were impossible to move around in and that made them absolutely worthless. 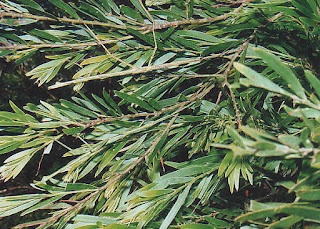 Allerberger instead arrived at three camo methods as he needed something small, fast, transportable and which would blend in. His first remedy fascinates and puzzles me as he obtain and umbrella, shortened it, took off the cloth and then wove sticks and leaves into the umbrella, leaving a hole to look through in the center.
The reason I am fascinated by this is it worked and he never got killed. To the trained eye, sticks not laying correctly or anything not in nature's pattern sticks out like a store thumb. Added to that if the camo is lighter or darker than the surrounding objects, it sticks out like a sore thumb which makes you dead. There is not any example of Allerberger's umbrella to study, but his method of concealment using this things and observing behind it was 100% efficient.
It puzzles  me though as leaves die and change appearance daily. He must have had to remake this pattern daily and in a way that did not scream THIS IS A BUSH, which of course draws the eye to it and a sniper is just as ready to fire a scratch shot and move from their hide at something that looks odd, before that odd looking thing blows your head off. 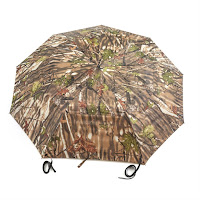 While this is not ever mentioned, a hide should always be in the shadows, not casting a shadow to draw attention to itself, but not able to reflect light which is another death warrant. 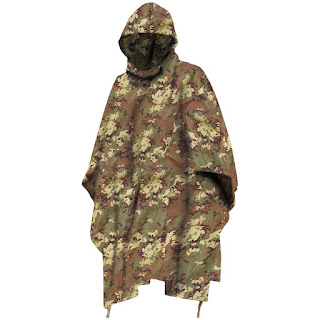 The second means Allergberger utilzed was a camo shirt he had sewn for him. This was after his Marksmanship had him surviving numerous encounters, but it was not something elaborate, just something of a pattern which did not reflect light and blended in well enough.
Into this the Marksman attempted to dig a trench to conceal himself in somewhat. Being out of the sight line is the best camo available as in one instance a communist sniper blew his boot heal off when he moved his foot.
So if the umbrella was his main concealment, there was something about it that might have drawn attention to the Austrian. Then again, that is the Catch 22 in sniping, in there are always premier locations and every sniper understands the lay of the land, so looking for a shooter in those locations is always the give away, as some locations are natural calling cards. The last implement Allerberger devised was a light cotton white suit, which he could roll up, for winter concealment. This is what hunters use a great deal of for winter goose hunting. It is probably the easiest and most efficient method of concealment, compared of course to the umbrella which had to be right every time, and Allerberger in most instances had an instinct for picking locations which the eyes of the enemy would not be drawn to. That is a feat as he had to see his position from 300 meters to his front, when he was looking out from it, which is impossible.


That though is the basic formula for the perfect Scout Marksman. Simple  tools and implementing them efficiently 100% of the time. For anyone to survive in heavy combat as the elite German Marksmen did, proves their ability of concealment and talent for choosing the correct vantage point every time.