As the Papadopoulos falls 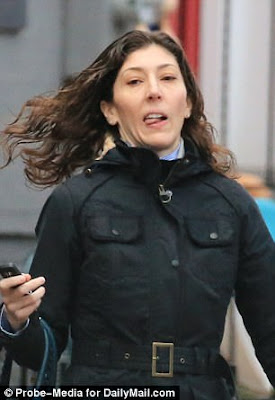 There is a most interesting worm that is turning in the Russiagate frame up of Donald Trump as Andrew McCarthy of National Review has assembled on reports a right hand look at what the left hand was doing in framing Donald Trump.
Pay attention to the BOLD highlights I have listed, as we have been told that Papadopoulos bragging about emails is what started the Russian investigation. Yet in the indictment it says none of this, and in fact only says Papadopoulos suspected the people he was talking to might be Russian contacts.

The main point in the below is that Hillary Clinton's Australian fundraiser turned over his conversation to the US State Department in John Kerry. This information did NOT apparently got to John Brennan at CIA or James Comey at FBI. Remember that part, as it appears in this, that the something rotten in Denmark was John Kerry's assets at State driving this over to Andrew McCabe at FBI who was pumping this up for Peter Strzok already in the ionosphere of nose bleeds.


So, what happens after Mifsud, allegedly, told Papadopoulos the Russians had these emails? According to Mueller’s statement of the offense, the following day Papadopoulos sends two emails to high-ranking Trump-campaign officials about his meeting with Mifsud, and neither one of them says anything about emails. It appears that Papadopoulos was myopically focused on the possibility — farfetched, but apparently real to Papadopoulos — that Mifsud could help arrange a meeting between Trump and Putin.
Now, again, this does not mean Mifsud did not mention emails to Papadopoulos. But let’s consider the critical events that Mueller and Rhee omit from the statement of the offense.
On approximately May 10, just two weeks after the April 26 meeting with Mifsud, Papadopoulos has his barroom meeting with the Australian diplomat Alexander Downer. Both Chuck Ross and Kim Strassel note that, in an interview with the Australian press, Downer recounted that Papadopoulos was not specific about what kind of material he’d heard Russia was holding. He did not say emails. He did not even say it was “dirt” on Clinton; only that whatever it was “could be damaging to her.”
As Strassel observes, the New York Times blockbuster report that touted the Papadopoulos–Downer meeting as the catalyst for the FBI’s Russia investigation does not actually say that Papadopoulos told Downer the Russians had emails. Moreover, Strassel’s reporting contradicts the suggestion floated by the Times and government officials that Downer reported Papadopoulos’s statements to Australian intelligence, which then passed them along to the FBI. Instead, Downer gave his information directly to . . . wait for it . . . the Obama State Department (that would be the State Department whose former boss was the Democratic nominee for president).

It was Strzok who was dispatched with another unnamed FBI agent to interview the Australian ambassador or Hillary Clinton's financial bundler. It was this meeting that all hell broke loose and hand John Brennan running this frame job on Donald Trump to destroy the 2016 AD in the year of our Lord elections.

This blog stated that John Kerry was the one document dumping to Congress after the election, hyping democrats up there on this collusion frame up. It now appear that Kerry was the instigator of this along with the Bush family, as Stephen Halper was an original Bushman, and then went over to Hillary Clinton's campaign. We still do not know what the Treasury Department in Jack Lew was involved with in these meetings, except the fact that Treasury probably had unleashed it's financial tracking and was data mining Donald Trump on his taxes and finances in looking for this Russian money laundering that Steve Bannon spoke of in what was behind all of this.

To put this in As the World Turns soap opera setting.

Somehow this Greek kid, Papadopoulos is looking to attach himself to the Trump wagon. His big gambit like Eric Prince is to try and engineer a meeting between Putin and Trump.  What is at the backwash of all of this is, that these were British agents of MI6, who kept popping up around Papadopoulos.
Something seems wrong with this Papadopoulos not in MI6 targeting him, but in the Australian ambassador, Jewish Mossad, were all shadowing him, and it was the Clinton bundler who provided a rather benign warning to Clinton's people at State that the Russians had something which could be damaging to Hillary Clinton.

Focus on the COULD BE, as in this soap opera of Papadopoulos, talking drunk to an Australian operative of Hillary Clinton, set off warning lights in the Land of Oz who  ran to State and said there might be a problem with Russians having information on Hillary Clinton.
Look what this unleashed though in John Brennan, Andrew McCabe and Peter Strzok went into instant protect mode for their future with Hamrod Clinton, and took the additional step of framing Donald Trump.

Focus on the two points to connect this as no one has, but it has in the news. Seth Rich was the leaker and was murdered. Somewhere in this, the known DNC emails which were copied, were assumed to have been handed over to the Russians. That is where this all starts in a jump to a conclusion as Papadopoulos and the Ambassador said nothing of emails, and that is what the focus was on.
Remember in this we KNOW for certain that Strzok and Comey were doing their best to make certain the Clinton emails never saw the light of day. There was something in those emails that they knew would damn Hillary Clinton and they assumed Russia was offering that damning information to the Trump campaign. That is the cover up in this and where the story is. These Clinton moles were in a cover up and immediately went into attack mode to destroy Donald Trump ON WHAT THEY ASSUMED.


We are witnessing in this a series of false intelligence plants. Brennan was being fed information out of the Baltic states and Ukraine to start this. GPS Fusion was in it's infancy stages in Bush fam using Marco Rubio and Peter Singer funding what would become Pissgate. That file would have John Podesta and John McCain feeding it to the FBI which already had it as it was the Clinton people who created it. Papadopoulos appears and becomes the focal point on what the Clinton people were most terrified of in guilt. It appears what the Clinton's were most frantic about was not fixing the election with Bernie Sanders, having LaVoy Finicum and others murdered, but what was the touchstone of Finicum in Uranium One, the entire Russian uranium deal being made public.

Something feels off on this Papadopoulos in the attention he was drawing and how he was used as the excuse to unleash on Donald Trump. The keys though in who knew what this was in trying to cover up are John Brennan, Andrew McCabe and Peter Strzok, because what the Australian Ambassador told John Kerry has nothing to do with hacking or emails. It was only after Peter Strzok appears in London, does his report become fixated on Russians in absolute racism. It is Strzok's "word" in this "interview" which then set off FISA warrants in another Obama Clinton stooge judge and this entire foray into COLLUSION from could be.

This is the story here and is the Lame Cherry exclusive in matter anti matter.