This just in: JOHN MCCAIN NOT DEAD YET 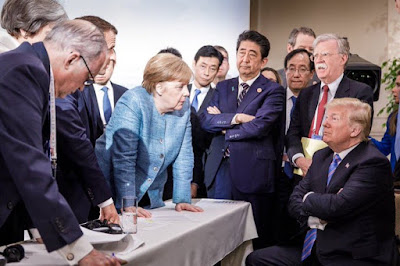 I think Timex needs to come out with an ad campaign featuring John McCain in the "He takes a licking and keeps on ticking", as cancer is a youth tonic to the American hating hero, who just took the side of foreigners against Americans again.....as if anyone cares what he says as he thinks he is perpetual president.

To our allies: bipartisan majorities of Americans remain pro-free trade, pro-globalization & supportive of alliances based on 70 years of shared values. Americans stand with you, even if our president doesn’t.
— John McCain (@SenJohnMcCain) June 10, 2018


What I don't understand is these SnooperMexicans being featured in talking about Donald Trump and the War of 1812, as if that war did not matter and does not matter.


Man. Trump is really taking that War of 1812 stuff personally. It’s funny because we all joked that he would do stuff like this before the election. Remember that? Heh. Uhm. #MAGA.


For those unfamiliar with the War of 1812, England, the same MI6 England who created Russiagate, was kidnapping Americans off ships and making them slaves.  After the war started, those goddamn Canadian trash of the English bribed those terrorist Indians to commit genocide on Americans. There were four massacres of men, women and children by Indians as the British stood around and watched.
On the high seas, Commodore David Porter of the USS Essex was beating the crap out of the British, but then the Brits violated all civilized warfare and shattered the Essex.

In February 1813 he sailed Essex around Cape Horn and cruised the Pacific warring on British whalers. ... Commodore David Porter, 1780- 1843 (New York and London ...

This was the war that the British burned Washington DC and tried to incinerate First Lady Dolly Madison. Frankly, I do not see the joke in this as the Mex does and I am with the President in the War of 1812 was one of crimes against humanity and those pompous ass leftist Canadians and Brits should get an ICBM shoved up their arses for a starter.
As I am still going  on this, that prick Macron apparently has a thing for marrying old pedophiles and trying to break old men's hands. This is the second time that fag put the grip on President Trump. This is John McCain's kind of sadists, but as for me, Give Canada, Britain and France to Putin and give them death, as a new order is arising in Sebastian Kurz and in him America has a leader who can rule Europe. 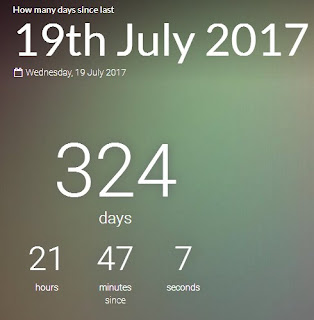 Look I have been looking to crack a beer in celebration of the day, and beer does not last forever. This keeps going on though, I think I might splurge on some Southern Comfort for when Sebastian Kurz guillotines Macron, Putin nukes May and Donald Trump rams a Minuteman up .............no what Donald John should do is fire John the hero McCain up Trudeau's ass. Trudeau would love having that gerbil up his arse and John the hero McCain would get the final resting place he deserves for being the arsehole he is.

For the record, I ain't ever going to get over the genocide of 1812 waged against Americans no more than the British election tampering of 2016 AD in the year of our Lord. It is about time America starts making war for the right reasons and who says that Melania won't look nice the Crown Jewels and Ivanka doesn't need Lake Ontario as her private pool........yeah it is time America fixes that bullshit too in that is our lake and it needs to be called Lake Trump.

Mr. President, give your base your full support, in calling off the globalists, the deep state, the police state and the military, and they will make Canada Great For the First Time in annexing it to America as it always should have been.