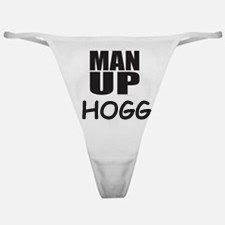 I just do not know what to think for American Faggery, in the closeted David Hogg has been challenged to an arm wrestling contest by an Ohio College Girl, and David Hogg is running away from the duel.

I had hoped as all gay men had hoped that David Hogg had some of that street trough in him. You know the gays in leather on streets who act like Audrey Hepburn with a penis, but David Hogg keeps getting beat up by girls.
I mean sure the Hogg can bully a mentally handicapped Jew in Nikolas Cruz to make him crazy, but if anything appears the least bit feminine, he simply goes phobic. 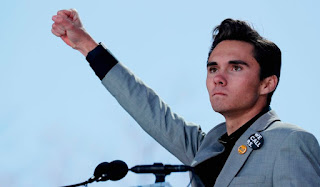 I know Hogg tries to do the Nazi Salute in being Hitler tough, but Hitler mixed it up with the communists, and all Hogg does is run away from girls or contact with them. After all the inroads the Fagtoughs have made, Hogg is simply rolling back all that effort with each passing day as he goes pretty boy fem in an apparent attempt to find a rich sugar daddy to panda him. 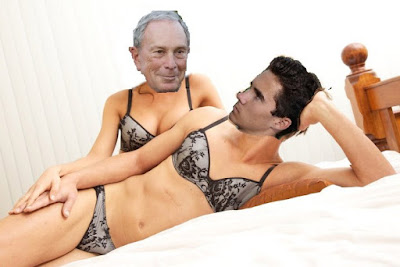 Hey Dave can we spoon again...

I would think that someone like David Hogg would have something inside of him which would move him to want to stand up for the homosexuals and take on Kaitlin Bennett. I mean this is the group that Obama lit up the White House for in fag colors. This is a group which has spent so much money to get their hands on little children to molest. Could not David Hogg have it in him to man up enough to touch a woman? 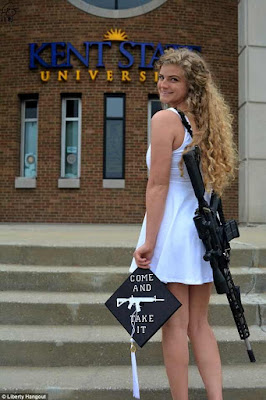 Isn't there something in the homosexual fag which at least has the mystery of danger in want to come and take things a woman is offering? I mean who would not get a thrill approaching a woman with a big ole gun and talking to her, and living to tell the tale? 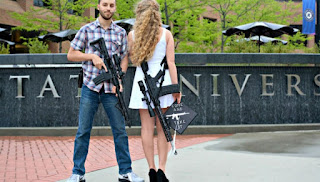 I mean is not the humiliation of being beaten by a woman a small thing for gun control considering the investment Oprah made? Maybe George Clooney needs to hold Hogg's arms while Oprah slaps him around as you know if Oprah was challenged by Don jr. she would be all over him like white on rice. 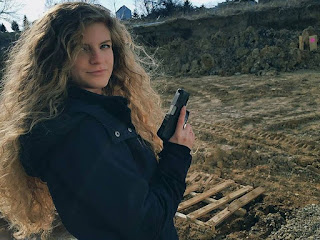 I have to say my money is on Kaitlan as she has the pipes. Have you looked at David Hogg's arms? I swear you have seen more muscle on a six year old. That Hogg must get beat up by 9 year olds all the time.......and that would include the girls as that soy milk has put some heft on them girls and Hogg must be so skinny as he is running in fear all the time from the neighborhood kids and can't sleep at night for fear some girl is going to thump him.

I mean what is the worst that could happen to Hogg in arm wrestling a girl? He finds out he likes it, his voice deepens, he gets an erection over girls and starts trying to impress them in taking up shooting sports too? Might even vote for Trump and actually start smiling. 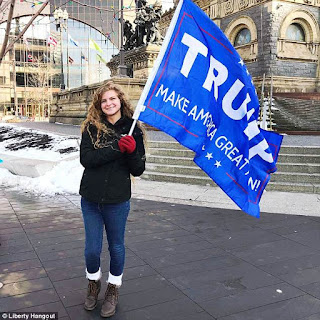