What did Theresa May know on Donald Trump, and when did she know it? 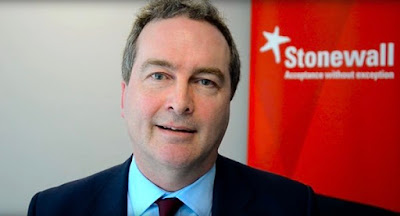 Robert Harrigan
Anglo Terrorist against the United States of America

There is an imperial question now in the framing of Donald Trump, now that the media has caught up to the Lame Cherry, and that is what did Theresa May know and when did she know it, in the spying and framing of Donald Trump.
The reality is the current Prime Minister, chosen by the Trump hating Queen and her Trump loathing newest Negress daughter in law, the Duckess of Sussex, was in charge of MI6 while the spying on Trump was taking place and that it was her proxy in Robert Hannigan who took it upon himself to break United States laws in handing over espionage information collected on Donald Trump and his staff, to then John Brennan, head of the Obama CIA, which is the 3rd Dossier which John Brennan keeps referencing in his Twitter rants threatening the President, Donald Trump.

It is time to make this official, in Secretary of State Mike Pompeo filing an official discovery with the May Government and for Attorney General Jeff Sessions to file a legal protest with the British Government to be brought before Parliament, so a resounding cry can be heard in that chamber of "What did Theresa May know and when did she know it?', in these acts of war against the United States Government in attempting to influence and overthrow the American Government, by providing fraudulent intelligence, gained by illegal intelligence gathering on the Trump Campaign 2016 AD in the year of our Lord, with full cooperation from that Canadian faggot, Prime Minister Justine Trudeau as George W. Bush blurted out in David John Oates reversals of Canadian involvement.


Failure of the May regime to answer these acts of war, should warrant the President of the United States to demand from Congress a Declaration of War upon the English state for redress of these criminal acts, as it appears now that the Queen of England was involved in this with her Rothschild finance, to install Hamrod Clinton to start a war with Russia, where Americans would die in another World War as England remained untouched. This is why Brexit was thwarted by the Queen and why the Queen chose Theresa May to be Prime Minister over protests of Conservatives, because May had been sowing intrigue against thee Americans. 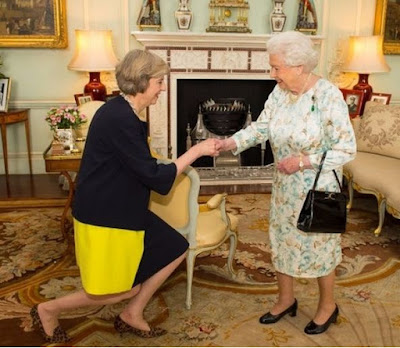 Theresa for destroying the American Government I make you Prime Minister

British Intelligence agency GCHQ provided officials within the CIA, both members of the “Five Eyes” intelligence alliance, information on the Trump campaign as early as late 2015, The Guardian reported.
According to the publication, then-head of GCHQ Robert Hannigan provided then-CIA Director John Brennan with sensitive information on the Trump campaign on a “director level” in the summer of 2016.
Brennan subsequently prepared an “eyes only” report for Obama and three senior aides. Brennan also provided briefings to the members of the “Gang of Eight” (the House and Senate majority and minority leaders, as well as the chairmen and ranking members on the House and Senate intelligence committees).

The fact that no official intelligence exists that was used to open the investigation into the alleged collusion between the Trump campaign and Russia means that those involved went around the official system.
Hannigan unexpectedly announced he was resigning from his post just three days after Trump was inaugurated.

The proof is 100% proof in the rulers of Obama England conspired against the People of the United States again in this never ending intrigue which bloodied Americans in 1776, assassinated President Abraham Lincoln, rebuffed American attempts to liberate the Canadians, and has brought about 2 world wars, the Iraq wars and as of late the plot to start a nuclear war between the United States and Russia.

The Lame Cherry calls upon the United States Justice Department to indict the Queen of England, former Prime Minister David  Cameron, current Prime Minister Theresa May, Robert Harrigan and Christopher Steele for criminal acts of war against the People of the United States.
As President Trump is moving forward with nuclear disarmament of Korea and the freeing of those peoples, the Lame Cherry calls upon the President to demand the complete nuclear disarmament of England, to stop making the Scottish Peoples a nuclear target, and for the complete liberation from London, the People of Wales, Scotland and Northern Ireland for Self Determination.
Furthermore, the United States must immediately seize all properties and assets in the trillions which England controls in these United States.

Americans were almost led into a nuclear war with Moscow over this absolute fabrication out of London intelligence and the Obama Marxists in America. It is now time to serve the full might of the United States upon London and her conspirators of their heinous acts. There can not be two justices in war for Moscow and continued fleecing of Americans over election meddling. It is time to demand that London Parliament immediately inquire when the Prime Minister, Theresa May knew of this conspiracy against the United States and when she knew it.
What follows is a full inquiry into Ottawa and if the United States does not receive satisfaction, the United States must liberate the Canadian People from the conspirators in Ottawa who have spied on the United States and joined in attempting to overthrow the will of thee American People. 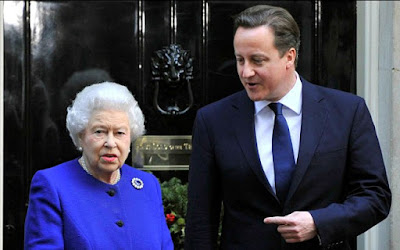 The Queen is not amused David by your failing to get that wog Obama
to hand over America. Now I have to have that stable boy of Diana's marry
that Quadroon so that I will establish my American right to the colony....