How Can Canadian Be So Cruel 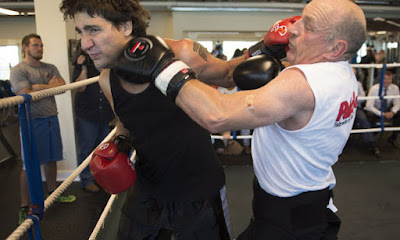 The Lame Cherry calls upon the United Nations and World Court to investigate and indict the Canadian nation for their crimes against humanity, for not keeping their borders open to illegals, after they castigated America in Donald Trump attempting to protect the borders and welcomed these vermin hordes.

Canada warns immigrants in U.S.
about heading north of the border


The chief criminal behind this is Prime Minister Justin Trudeau who baited these vermin into Canada, promising to protect them from Donald Trump.

The government of Prime Minister Justin Trudeau announced Thursday that it is opening a second border camp for illegals streaming across the Canadian border from the U.S.

Since the election of Donald Trump in the USA, common opportunists have been fleeing across the Canadian border. Contrary to the wishes of the Canadian peopl...

Prime Minister Trudeau made his "refugees welcome" tweet in January of 2017, ... Since the tweet, the number of illegal immigrants crossing the border, ...

Trudeau: No, we won't be stopping illegal border crossings ...

But of course will be keeping everyone safe… Somehow. Trudeau: No, we won't be stopping illegal border crossings. Why do you ask?

After promising asylum in Canada though, the faggot Trudeau broke his promise and began deporting his invitees.

Justin Trudeau is Deporting Illegal Immigrants…Hypocrite Much? Welcome to the #SolarEclipse2017 edition of Hypocrisy Corner! This is where we point out the glaring hypocrisy of perfectly-coiffed politicians from around the globe.

And now Prime Minister Trudeau is invading America regularly in telling his invitees that  "they just can not come to Canada".

This is a human rights issue, and the Lame Cherry demands that President Donald Trump demand of the US Congress and Act of War against Canada, for the expressed purpose of protecting the good People of Quebec, as apparently it is the Quebecois border that Trudeau is leaving open to genocide the Free French there while Ottawa only gets the rich Muslims and Chinese to pay their bribes to Trudeau Inc.

The fact is that Canada is American territory. It is time that America just takes it's possession from Ontario east, allows the fine Conservative Canadians to rule themselves in new American States, provide for the Sovereign Nation of Quebec, and deport these Trudeauites to those foggy bottom areas which are fit for only caribou.
The Lame Cherry would glady welcome Quebec as the Louisiana of the north as a new American state, as much a Labrador, Prince Edward, Nova Scotia, as Canada can cleanse itself in deporting Trudeau back to France where I am certain he can find a niche  as a welfare whore like Richard Belzer, and grow mushrooms or something of that fungal sort.

This is though a crime against humanity in invitees have now been denied their rights, and Trudeau created an invasion of the Untied States which is an act of war, so it is time the United States declare war, mop up the situation and turn Canada into a prosperous area for all AmeriCANS and not just the feudal few.

These Ottawa types murdered Louis Riel the American, the Abraham Lincoln of the north in demanding rights for the Mettis Peoples. It is time that the atrocities of Ottawa be made an end of as Saddam Hussein was washed from the garment of civilized nations with the liberation of Iraq. It is time to liberate Canada for her acts of war against the United States and her crimes against humanity in these invitees.