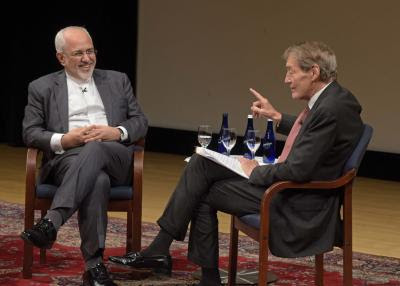 I begin this with  stating again that Charlie Rose was one of the premier interviewers in media. The reason being he could get the interviews which no one else could, and every one of his interviews was of substance, including his presentation to America, when Iranians would not appear in American media, in Mohammad-Javad Larijani.

Larijani is most interesting as an Islamocommunist character in his absolute abrasive defense of  Iran, including on Charlie Rose. That is why the following from the Daily Beacon is telling in this Persian communist just admitted that Iran was providing cover for al Qaeda movements in the 9 11 attacks on America.

This is thee adviser to the Big Turban head of Ayatollah Khomenei. This confession has the weight of the Twin Towers falling on it, and all it takes is one propaganda cycle when Donald John is done preening with Kim John Un and trimming Robert Mueller's  short and curlies on Trump's birthday. 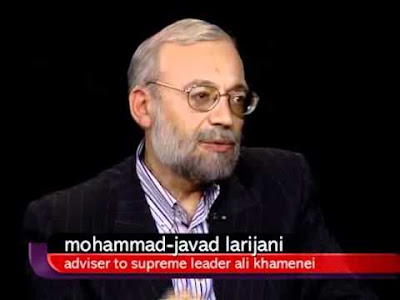 Iranian intelligence officials secretly helped provide the al Qaeda attackers with passage and gave them refuge in the Islamic Republic, according to an English translation published by Al Arabiya.
"Our government agreed not to stamp the passports of some of them because they were on transit flights for two hours, and they were resuming their flights without having their passports stamped. However their movements were under the complete supervision of the Iranian intelligence," Larijani was quoted as saying.
The remarks represent the first time senior Iranian officials have publicly admitted to aiding al Qaeda and playing a direct role in facilitating the 9/11 attacks.
The U.S. government has long accused Iran of playing a role in the attacks and even fined the Islamic Republic billions as a result. The U.S. 9/11 Commission assembled to investigate the attacks concluded that Iran played a role in facilitating the al Qaeda terrorists.
Larijani admitted that Iranian officials did not stamp the passports of the al Qaeda militants in order to obfuscate their movements and prevent detection by foreign governments. Al Qaeda operative also were given safe refuge in Iran.
"The Americans took this as evidence of Iran's cooperation with al-Qaeda and viewed the passage of an airplane through Iran's airspace, which had one of the pilots who carried out the attacks and a Hezbollah military leader sitting [next to] him on board, as evidence of direct cooperation with al-Qaeda through the Lebanese Hezbollah," Larijani was quoted as saying in the May 30 interview, which is gaining traction on social media.
The U.S. government has not formally commented on the interview, but did highlight it in an official tweet from the State Department’s Arabic-only Twitter page.


What the Lame Cherry reads into this is always the  WHY NOW to admit to this. The conclusion is that  Larijani is the same Rockefeller deep state operative as Charlie Rose always has been. The short story in this is Larijani is offering the Trump Junta the engraved invitation to fulfill Benjamin Netanyahu's Greater Judea.

George W. Bush used fake MI6 intelligence to remove Saddam Hussein for the failures of HW Bush and Colin Powell in keeping Hussein power for oil laundering all over 9 11. Now thee Americans have a confession that Iran was involved, and all it took last time to start a war was MI6 fake intelligence on Iraq and Sheik bin Laden pissing in the dust in Afghanistan. 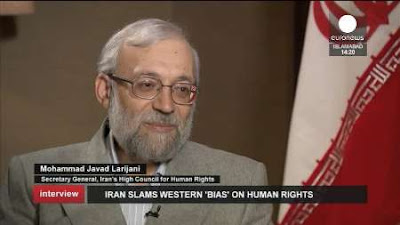 Someone in the cartel had Larinjani make a public confession in order to fulfill this war with Iran in regime change. This is what Donald Trump was counseled to from Day One, to fight Russia and China via Iran, and not make the fight in North Korea or Ukraine. For those who do not understand the Rothschild wars which profit from both sides, they have to start somewhere, and this confession of Larijani just laid the groundwork for this entire scheme.

There are now too many things at stake in this. China wants North Korean peace as does Donald Trump. Following this, Sebastian Kurz is hosting a Vladimir Putin and Donald Trump peace conference in Austria, as both Russia, America and Europe desire this, as Sebastian Kurz is the next world leader.
That leaves Iran being bargained away by Russia, as much as Syria, for the position of Russia as Russia is more interested in Ukraine than  Iran. China is in the same junk, in they want North Korean peace, and Iranian oil will flow no matter which  turban head is selling it.

That is the Lame Cherry exclusive in this, in matter anti matter. The excuse for war and regime change has been given to Donald Trump on a silver platter. Iran threatened European crooks who took bribes, offering the leftists there the reason to cut them to the simoon, and with China and Russia both having a reason to look the other way, Iran has become expendable by confessions in Farsi. 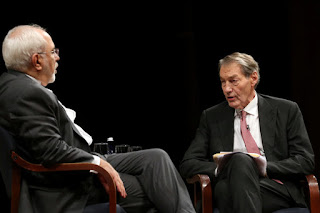