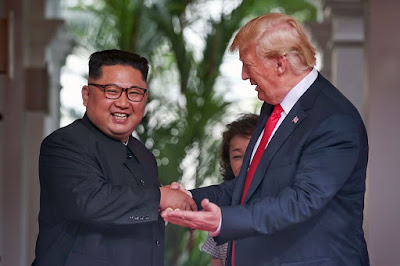 Kim Jong Un is at the apex of history as he is joining the greatest leaders the world will produce in the 21st century in Vladimir Putin, Sebastian Kurz, Donald Trump and Xi Jinping are upon a stage which will bring about World War IV or they will usher in the final frontier of space colonization.

From the above photo one can discern that Kim Jong Un likes Donald Trump as most people do. Contrary the reaction from Kim Jong Un to dictator Xi of China is that he does not like the Big Chopstick next door. 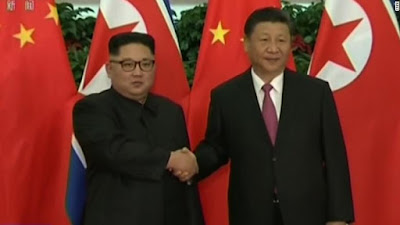 Kim Jong Un is the popular focal point as China wants him in their sphere. Russia wants to get into the China sphere. America is luring Kim into their sphere and Japan is interested in forming their own east west relation with North Korea.

Russian President Vladimir Putin on Thursday invited North Korean leader Kim Jong Un to visit Russia in September. The message was passed to the president of the North Korean Supreme People's Assembly, Kim Yong Nam, visiting Moscow as the World Cup kicks off in the country.

This blog is Inspired and it is always my impulse to bring about the best conclusion no matter the parties. The Lame Cherry assesses North Korea as a communist monarchy, with a police state which has complete control, but also a population which gives that police state hell on the street in more freedom than America.

North Korea is unique,  and as South Korea is a prototype of the hard working, industrious, honest and productive people. North Korea has the exact same positive points as a people.

That is why the Lame Cherry in assessing North Korea examines Japan as a blueprint for North Korea, but the fit would not be correct, as Japan has the immense Yakuza undercurrent, which North Korea does not have the base for to manage the economic factors.
Other areas in Indochina are not a fit either in Vietnam is too much like Vietnam and Singapore is too banking oriented.

This is why the Lame Cherry concludes the best solution for North Korea is to make an outreach to Sebastian Kurz of Austria, and to bring to North Korea a German economic and industrialist team. Germany has a history of being capable of dealing with Asians, Muslims to Africans in their trade. No one ever made a colonial war against Germans.
The German blueprint for economic stability and production fits the Korean mindset, as South Korea has proven.  Make Germany the inroad into Europe for North Korea, with full implementation of Japanese technology as middle men, and it is a reality that North Korea will rise to prominence as South Korea has in  electronics.
North Korea can become the Saudi Arabia of rare earth minerals for their economic expansion. It fully has the work force in this expansion to provide a more cost effective work for in skilled technology than Japan or South Korea could equal.  North Korea as her poor economy expands to more inflated wages, would be a perfect partner for technological giants in Tokyo and Seoul.

This is not to cut out any of the other powers. North Korea is a wonderful real estate which in a year could become the exclusive vacation spot for Asian rich. This would have to be segregated as the North Koreans would not be ready to be preyed upon by this type of clientele, but in tourism alone North Korea could expand 10 times it's GDP.

She has the energy about to flow in to South Korea from Russia in a pipeline. China is being asked by Russia to be cut in on the deal to make Peking happy, but North Korea deserves an energy royalty for that pipeline and in the short term this would fuel their economy. They are a perfect nation to moderate energy use in Japanese high speed trains.

Moscow is a perfect source for energy. South Korea and Japan are the technology sources. America would provide finance and China would provide purchasing of rare elements for refinement of the North Korean "gold".

This all hinges in none of the above gaining dominance as North Korea becomes an international financial power. That means Sebastian Kurz as leader of Austria the political presence of the future of Europe.
Heir Kurz though is on his own rise in his coming to power in replacing Angela frau cow Merkel as defacto leader of Germany, in an Austrian Germany unity to form an Axis of preserving Europe from Berlin to Rome to Athens to Paris. The day of London and Paris ruling Europe has passed. A new German leadership with her other traditional allies will restore a future to Europe.

In that Kim Jong Un is the father of the coming rare earth elements rush to supply the world. It is only through the astute assistance of Germans will North Korea reach this critical necessity for the world to build her technologies. Kim Jong Un will recreate an economic prosperity in the trillions of dollars. He is looking west as he understands that is where the cultured civilization is which will progress the world to a new human era of prosperity. China is good for smelting, but is not in the same economic and technological success which Japan, South Korea, Germany and America have risen in the world.

All nations have a wonderful future with North Korea as does all mankind. It requires though none of the above and all of the above playing a role, with Germany providing the management style which North Korea needs in matching a like people and like state to build the stable platform which Pyongyang requires. 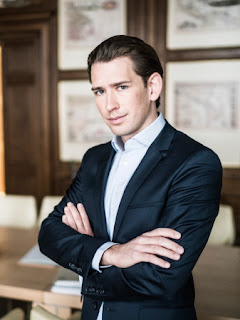 Of course I am the answer, has there ever
been a question. 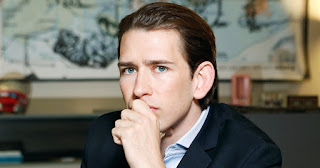 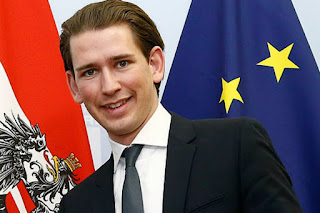