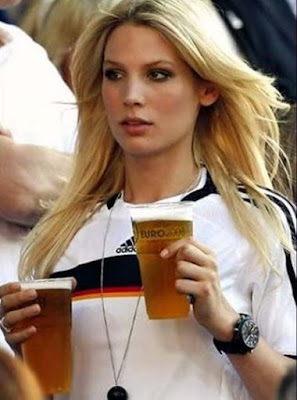 In studying the memoirs of a German Marksman on the Eastern Front, he referenced a forgotten fact of World War II and it would shock most of you in the hysteria of Gun Control around the globe, but the reality is that the Soviet Union created a line of explosive ammunition to be used on humans in sniping.
To explain this, thee Americans had tracers or incendiary rounds to mark the flight path of gunners to targets, to help the gunner or pilot adjust their fire for effect.
In the Soviet Union and Germany, the idea was for a more accurate tracer, and they arrived at the exploding bullet, which flew to target and exploded upon impact.

In the Reich, the Patronen line of cartridges had in it the B-Patronen , while the Russians designated their explosive bullets as PZ.


This is the German B Patronen: 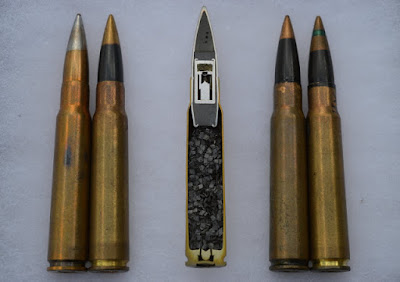 This is the Soviet PZ: 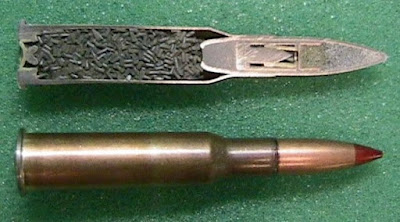 Red tip with internal firing pin that slides forward detonating a small capsule of tetryl, which in turn scatters the powdered incendiary composition held in the nose portion of the envelope.


I provide the head stamps on the cases for historical comparison. 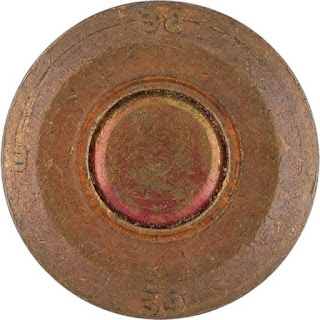 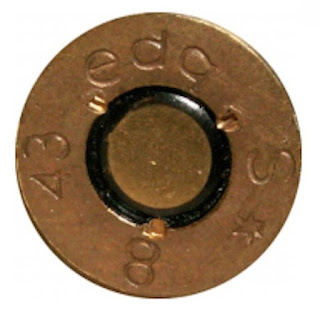 It is most interesting in both types exploded but by different means. The communist round utilized tetryl which is utilized in detonators, to ignite the main powder charge in the nose of the bullet. The Germans instead had the small detonator which then charged white phosphorous to show the location of impact. In reality, the Russian loading was designed as a small cannon shell, specifically to maul whatever it came into contact with. The communists have always been anti Geneva Convention, as in the 1970's they were attempting to circumvent full metal jacket bullets which are more humane, but destabilizing a bullet in flight, so instead of a finger poking you, the bullet would hit the human sideways like a sledge hammer punch, tearing tissue and designed to be lethal.

The German ammo came packed in 15 cartridge cases. The Soviet version which the German Marksmen utilized was always cannibalized from dead communists. There was not a great deal of this ammo, but to make the point, it was available enough on the Russian Front that German Marksmen recognized it, and knew to pick it up, meaning it was available to more than snipers on the Soviet side.

It gets a bit ridiculous in this as you find the German round listed often as B PATRONE in searches. The reality is the N on the end of the word makes it plural, so when it is listed as PATRONE it means CARTRIDGE.  The correct word is PATRONEN, which simply means CARTRIDGES.


I do not expect most of the links will remain viable forever so included the photos here as a means to explain to inquiring minds as to what exactly the explosive cartridges were, their difference and their effect. The Russian rounds used by Germans were worse than the JFK assassination, as they had that effect, but the Russian round blew up, meaning JFK did not have a brain blob outside of his head, but his head and brain exploded into bits.

The communists created this cartridge to murder people and it being  returned to them had the most murderous of results.