The Sticky Mess of a Peter named Strzok

In the form of Peter Strzok of Minnesota liberal politics transplanted to Washington DC to cover up Clinton and Obama crimes for Deep State Robert Mueller and James Comey, we will soon have on display before the United States Congress, a subpoenaed witness, due to the fact that Strzok has been attempting to stonewall Congress as Jeff Sessions, Rod Rosenstein and Chris Wray have for months covering  up the crimes of covering up Clinton crimes and the crimes of attempting to frame Donald Trump.

We have before us a powerful liberal male who either got the back of his head bald from Lisa Page riding him like she was on a nuclear powered jet ski or because his wife face sits on him and ground his hair off into the carpet. 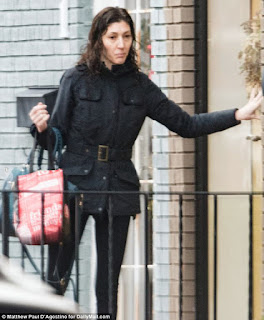 I was taken advantage of by a manipulative, powerful bald man.

This is the Mrs. Peter Strzok, who wears men's head hair thin. 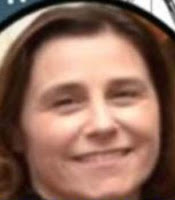 As one can discern, it is a matter where Strzok was used to Minnesota looking women and thought he had a fellow traveler catch, but then realized that he did not like his hair being ground into the carpet by a fellow, so resorted to seducing the vulnerable Lisa Page, who was drawn in the high power intrigue of Obamaland, and needed validation after having a child, that she was still attractive.

This small quote though from the UK press is the equal to the bribery crimes that Andrew McCabe engaged in, in his wife being rewarded for McCabe covering up Hillary Clinton crimes.


Strzok is also married. The Georgetown University graduate is married to fellow alum Melissa Hodgman, who was promoted to Associate Director of the SEC’s Enforcement Division by Obama in late 2016.


The above point is most important in this, because the FBI in  Peter Strzok began the investigation into Hamrod Clinton in early 2016 and upon covering up Clinton crimes, Strzok's wife was rewarded for letting Clinton off the hook.

So now we know the following definite points:

Strzok created the frame up of Donald Trump for John Brennan.

Strzok created the cover up for Hillary Clinton crimes for John Brennan.

Strzok was the go to man in overthrowing the 2016 Presidential elections.

This is the smoking gun which links this directly to the White House in Obama was overseeing the cover up and frame up and was rewarding Strzok who was the gatekeeper in this operation to install Hillary Clinton into the White House. There is absolutely no doubt in any of this, as this is bigger than Strzok texting Page about getting Donald Trump, this is the quid pro quo in Strzok was rewarded before the November election to make certain he kept his mouth shut on Clinton and bring down Candidate Trump.

This is the pattern that the Obama Clinton male operatives thwart Justice and the wives reap the dividends.

The fact in this is that it is not just Andrew McCabe and Peter Strzok who must be indicted, but their wives were equally complicit in this. 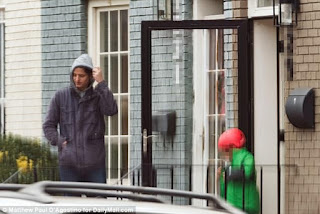 And into this, there is 40 year old man Joseph Burrows with his child by Lisa Page, having their lives destroyed, while Peter Strzok reaped the gravy. The mere fact that Joe Burrows got nothing out of his wife's association in this, and she received nothing, proves that Lisa Page was a political zealot blinded by the light of power. Lisa Page was set up to be manipulated by Peter Strzok to use her position to further the Clinton Obama criminal enterprise.

There is not any doubt in any of this. Peter Strzok is still being protected as he has not been fired. He is facing disciplinary actions, been escorted from the FBI building and his security clearance removed, as Rod Rosenstein and Chris Wray continue to protect his operative of the CIA. It does not matter what lies Strzok tells Congress, because the glaring fact is that for protecting criminals and framing the innocent, Peter Strzok was bribed with a promotion for his wife in 2016 AD in the year of our Lord.