The Best Rock Song Ever 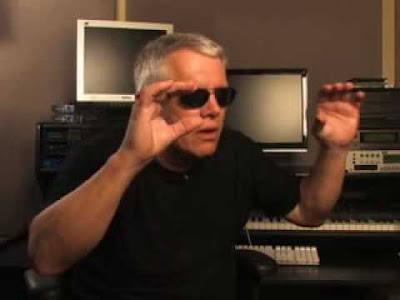 
I always thought something hinky went on at CBS in the history of the show WKRP in Cincinnati, which was a top 10 hit for CBS and was cancelled while it was in that bracket. It was a good natured people doing the right thing, whose first song played was Ted Nugent's Queen of the Forest, as DJ Dr. Johnny Fever said the word which got him banned from radio in "BOOGER".
Yes that era was quite different in what was sensible.

There is something though which always puzzled me in the closing credits as Jim Ellis belted out the hard rock lyrics in I never could quite figure out what the song was about, like The Hollies in Long Cool Woman in a Black Dress.

That is when I came across the real lyrics which were not lyrics at all. See Ellis wrote the music first without lyrics, and in order to perform it, he just sang whatever came to mind. Hugh Wilson who ran the show, thought it was perfect as most rock songs you could not figure out what was being screamed anyway and as CBS always had an announcer hawking another CBS program, there was not any sense in wasting time on creating a real song.

Below are the real lyrics and proof positive that you do not have to have any song in rock n roll, but just a sound.

Original Lyrics:
Mad tooth bar chin-up, box zing outta her hair now
Still do the modern day whack-a-mole ditto-o-o
What's that? Good bartender, i'da hat-beer 'n' head out
I said I wouldn't do it if a poodle had a lid on

Now you have some more absolutely unnecessary knowledge unless of course you have always wondered what on earth you were hearing.

It is too bad that Jim Ellis is not producing music yet as rock n roll is dead in the garbage which is being churned out since WKRP was cancelled.