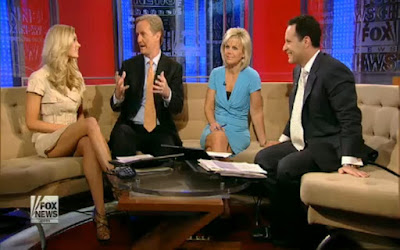 
In reviewing the headlines on Liberty Daily,   one point jumps out to me, and that is the United States Press is protective of the criminal operatives against President Donald Trump and Americans, in the exact polar opposite of the press being antagonists against President Richard Nixon and the American People in that coup against the Government of the United States.

None of this Russiagate could have happened if the United States Press had not been in a cover up operation in protecting Birther Hussein Obama in not being an American Natural Born, Once the press began that cover up, there was not any limit to the other Obama crimes. The ludicrous award of a Nobel Prize, the touting of that ugly Michelle Obama as fashion maven, were the first examples of just how neurotic the press coverage was, and it led to horrendous genocide in Syria, the mass murder of Colonel Khadaffi and his followers, the wilding of rivers in GOP states and black wilding to intimidate White voters.

An actor playing bin Laden being murdered was a cover up for the  Obama birther abstract. The Benghazi murders were a cover up in Obama setting up a hostage situation for the 2012 election to undo the ghost of Jimmy Carter Iran. None  of Russiagate would have taken place if the press had been doing  their job.

Thee American Press does  not exist, except outside of a few bloggers now. Otherwise it is all a fellow traveler Mockingbird or a Nazi conglomerate. The United States press is either Jew street banker controlled, Saudi terror oil money controlled or CIA funded propaganda to protect the deep state.
Thee only counter  coverage which any of you experience in national media is from the DIA who has  been managing this counter operation, to rid the system of the infection which Obama changed on the American body politic.

There is not any free press as the Constitution protected. All there is, is propaganda which keeps the masses with their 15 minute attention spans confused and neutralized. The mob  has to be told that criminals are evil, because until they are, the mob will be what the mob is  now, a blob of wetware in the hundreds of millions which is too cowardly to resist the police state which protects this entire elitist mob which is Laura Bush one day lying about border buster vermin offspring and the next has Christopher Wray of the FBI not seeing any crimes in his police state coup against Donald Trump.
There is not a free press in America and there has not been one for generations. The sham coup against Richard Nixon was all intelligence state generated by internationalists. Before that there was the press stoking war in Vietnam while it protected the criminal John Kennedy was.

Franklin Roosevelt was a goddamn criminal cripple and the press which wanted a war to loot Germany and set up an international Soviet, so no one ever saw FDR in his wheelchair.

America has been dragged to war, and it began with the European instigated Civil War, in the same Europeans who have been running this American coup with American intelligence against Donald Trump.

No one has mentioned in this that a certain popular girl for actually doing the job of the press and exposing crimes had a certain J Edgar group send Homeland out to interview me, where the root of it is all support for Donald John Trump for President.

The smell of Trump voters in Walmart. That is the reality of this coup in who it is still moving against. None of this could have happened if there was a free press in America. And you remember FOX in the tank for Obama in Chris Wallace and Shep Smith after MI6 rolled Rupert Murdoch for spying in London.