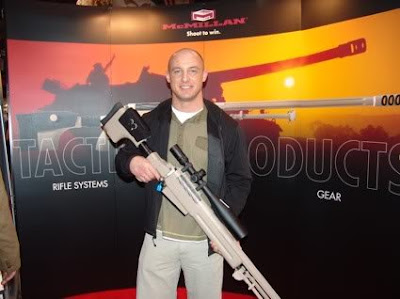 
The Lame Cherry has touched on this previously in the fallacy and  lack of tactical military doctrine in this murderous long range record scores of shooting humans to impress the low intelligence majority, but in reading of a real Marksman from World War II denouncing the practice, it is hoped that these glory whores become challenged and the political minders which pass as the military today, be forced to return to sound military doctrine.

As the Lame Cherry has addressed this before, I can not add anything to the quote below which is perfect in it's assessment of what a Marksman is, and the difference between these tawdry snipers shooting humans for records.

Good Marksmen are therefore hard to find in peacetime, and the selection and training of future marksmen based on their shooting skills has to be considered a serious mistake.
Above all a Marksman has to have a high degree of self control and strong nerves. Shooting can be learned, particularly as the shooting skills of marksmen are overrated in military service.

The reality of service in the field showed  that shooting distances for small arms were 400 meters at most, and usually below 200 meters, and if the marksman aimed at the middle of the largest surface a hit became almost certain.
Absolute reliability, methodical routine, and sure hits made a Marksman, not artistic shots from hundreds of meters away. Such long distance shots were more like a party trick, if they were successful at all.


The feeble brained would make the excuse that it is a terrorist so it is ok to murder them for records. Where is the limits then in warfare if murdering people is ok when it is terrorists for a record, is it ok then to shoot the baby out of a pregnant woman at 2500 yards, as would that not be a more difficult shot?

The sound military doctrine is to utilize the Marksman as a Scout and as a front line precision shooter to neutralize specific lethal targets as machine gunners or missile launchers. These 7 foot rifles that these snipers employ have absolutely no value in a fire fight in being too large, ungainly and immobile. If the excuse is 2500 yard shots which there are very few as it near impossible to hit a human size target at that range with a rifle projectile, then the more astute military weapon would be the old American Recoilless Rifle which had a range of 3 miles and was a perfect explosive device to neutralize snipers.

A Marksman has one purpose and there is one reason to take a shot, and that is One Shot One Kill.  It violates all doctrine to attempt scratch shots which are not going to be a 100% certain hit. The mere distance, elevation, wind and thee most important feature of the human moves, negates long range shots. Missing a target, not only alerts the target, but alerts all the other targets in the area, who already have pinned direction of the shot, and with technology available today, cell phones coordinate on snipers for return fire, where wonder of wonders devices like mortars or recoilless rifles get turned onto snipers who have missed, with their spotters as heat signature sensors are now standard in the long range miss, instantly becomes  a flag draped coffin or whatever Canadians do to honor their dead besides frying up some bacon in the round. 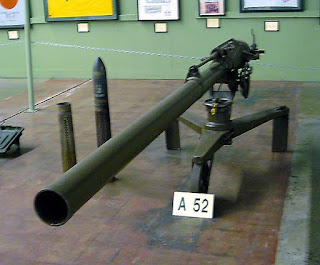 The Lame Cherry is all for long shots, but that shot belongs to an M 40 Recoilless Rifle where a close miss is lethal, providing a Scout is not adept enough to close  to 300 meters on their target, which states a great deal concerning their lack of ability.


It does go to the Scout part of the situation. A great shot at targets or long distance does not transfer to a great shot facing 100 firing enemy closing on their position. There is a process of tactical warfare as much as the reality of what warfare was and is.
Thee Austrian Allerberger never as a Marksman used an automatic rifle. On few occasions he utilized a semi automatic which was less accurate, but in most instances he was firing a bolt action loaded with just 5 rounds. His results in most encounters were 20 dead enemy from his well placed and cool shots. That is what is the heart of all of this, it is the Marksman who can keep his head, not draw fire, deliver a kill shot with every pull of the trigger and is capable with a single round every 2 seconds to bring those kills about, to the point of using his trench shovel to bash the brains out of a communist who got through.

There is a far cry from a Joseph Allerberger who met accomplished Soviet snipers and these long range shooting snipers for records who never have a real adversary facing them.
Simo Häyhä of Finland. Joseph  Allerberger of Austria and the best American Marksman from Vietnam in Carlos Hathcock, were all battlefield Marksmen. They hunted where they were stationed and they had close calls, but they faced the best the communists has to offer. Some with a price on their heads.


None of the above were killing humans to write books or pose with companies whoring them to sell worthless rifles to civilians who can not hunt humans or other world militaries who are incompetent in the art of the Scout Marksman.

The Lame Cherry will  not change her mind in this until there is a day that smart bullets allow these shaved heads to sit in their latrines and fire at targets 5 miles away with a 100% hit success. Even in that, the smart bullets will no doubt be mistaking the pet carabao or some pregnant woman with a beard the smart bullet mistakes for a terrorist.


America nor what is left of the free world does not need trick shots for murderous contracts. They need Marksmen who are Scouts who would be just as lethal with a 22 rifle, because they can get on their target with skills now missing.