The Coup Against Trump In Stupid and Unattractive Agents 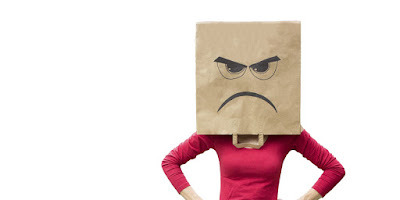 I simply am without words as I am sure you are too, as when the Lame Cherry posted the exclusive in the Agent 1 and Agent 5 who were involved in the Trump coup inside the FBI, we all knew it was a woman who looked something like this:

I was an FBI Slut created by an FBI Pimp 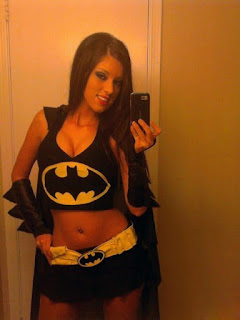 You just knew she was taking selfies for The Chive, and was never bored at work, as she had a closet full of super hero costumes before Ben Affleck killed the franchise. This was a delightful coup and conspiracy, as nothing makes a conspiracy like an innocent virgin like Lisa Page being horridly manipulated by Peter Strzok in her loveliness, so of course all the other FBI women were hot as Mike Cernovich's wife..........

The the picture came out of who Agent 5 is and it just left me speechless.

This is Sally Moyer. It is difficult to type at this moment as there is just something unpleasant about a female all June humid and looking like the last time she took a bath was at Woodstock.

This is particularly distressing in the FBI sent Homeland Security to interview me, and it sort of spoiled me as Matthew Goode and Yul Brenner showed up, so I thought all federal agents were attractive.  I mean I know I am the popular girl and I know that attractive agents are always assigned to attractive people. We know Donald Trump is attractive, his family is attractive, he only hires attractive people..........so how is skid mark Peter Strzok in this and Sally Moyer?
I mean when was this woman's dress made? When  Lawrence Welk still had hair?

It hardly is consoling that I was right on the male agent, as here is the photo: 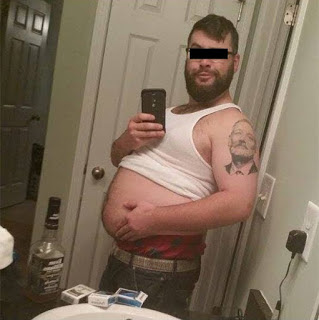 Here is the FBI agent whose number I forget, but his name is Kevin Clinesmith 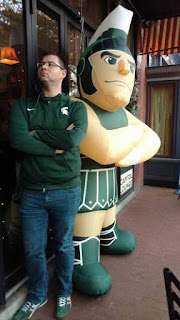 All I can think of is one word and that is LOSER.

It is the point in this that I feel sorry for the FBI, as this is who Robert Mueller and James Comey hired, as they hired stupid and ugly people to validate their inferiority complexes. Obviously vulnerable Lisa Page was a fluke as Comey had been drinking hot coffee, spilled it on Page's photo and it wrinkled up looking like, well that Moyer thing, so he hired her as some stick up their ass guys just go for Matron Mary to get the wood.

These two FBI trolls of Comey and Mueller were and really are the snowflake definition of Clinton voters. They are the manifestation of that goofy John Brennan of CIA on Twitter. Their words are just so boring that no one with any charisma would ever have anything to do with them, and is why they are always camped out on their phones texting.


“As I have initiated the destruction of the republic… would you be so kind as to have a coffee with me this afternoon?”

I really like though this Moyer woman's texts as she apparently has two guns and is going to shoot Trump supporters. 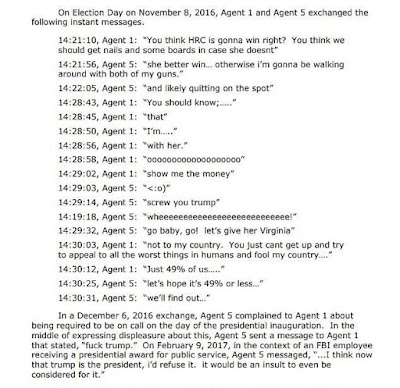 See when you threaten to shoot 70 million people, you should just look like this Russian gal. See evil things are more inviting when attractive people are involved. No one wants to see Matron Mary shooting up Trump supporters, because they are wincing with their eyes already at seeing her.

It is no wonder that Hillary Clinton failed at trying to steal the 2016 election with these Obamatards in her corner. This was like hiring the special ed kids to solve ion propulsion.

I think it is all summed up in this email where this coup went wrong in this Chive email exchange:


Dear Mr. Comey,
Thank you for submitting the photo of your "bending at the waist" hottie. We are sure this was her best side, but we are sorry that we can not use the photo of Agent Moyer.
We suggest this site: BLINDMANPORN as they publish lots of photos like your submission.
Sincerely, The Chivers


Honestly, this coup against Donald Trump now led by Maxine Waters, is one where the stupid and ugly people were the ones plotting against the attractive and intelligent people.


The House Judiciary Committee approved for the first time a resolution Tuesday demanding that Deputy Attorney General Rod Rosenstein turn over all requested documents regarding the FBI’s handling of the Russia investigation during the presidential election after seven days or face possible impeachment or contempt.


And there really has not been anymore more stupid and unattractive than Rod Rosenstein. The inmate population in federal prison is going to be so disappointed when it is not someone lovely like Martha Stewart showing up, but instead it is one of these stupid  and unattractive voters for Hillary Clinton.