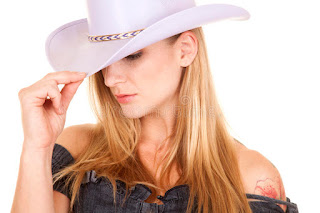 This is a short lesson in all of the fiction of the good guy John Wayne white hat Patriotism which each of you is told to rally behind, when in reality you decide how this stacks up.

We have a nation called Syria.

It has oil and gas fields.

Here is a map to provide you with visual aids. 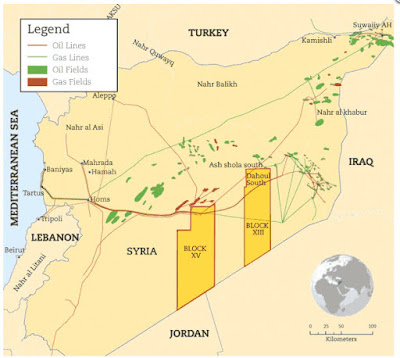 Birther Hussein moved terrorists out of Iraq into Syria to overthrow President Assad and this mysterious ISIS appeared. By coincidence the Syrian oil fields were the lands seized by ISIS, and this oil brought in billions of dollars to ISIS.
ISIS it was learned was just Kurds, who had lots of oil trucks in convoys and that oil all ended up on the Turkish blackmarket.

Now some might remember that John McCain and Birther Hussein just loved ISIS, funded them, took photos with them, armed them with Khadaffi's weapons out of Libya and trained them in Jordan, where Dyncorp manages things.
Some might remember that Reince Priebus in Reverse Speech by David John Oates talked about this Muslim money coming into the American political parties.

Meanwhile Donald Trump is President, and suddenly ISIS is bad again, and suddenly the Americans are waging a war, where no one knows quite just that war is in Syria, but in the end the news breaks that America is in control of the Syrian oil fields, and those fields are still pumping out oil, but it is not going to Turkey as Turkey was furious in being cut off, and now is with Russia in a Gazprom pipeline.

“It’s incredibly important that with all these oil-rich areas … we don’t end up in a situation where we do have to pull out and there is some sort of deal that allows Iran to essentially take the land, the oil, and these areas, and empower their land bridge that they’ve been building inside the country,” he said. “We took the oil. We’ve got to keep the oil.”

Odd is it not, that American blood, American money is all used to acquire all this oil from Iraq, Libya and Syria, and American's oil prices only climb and Americans get poorer. Remember Donald Trump was spouting off about taking oil to pay for all these trillions, and yet America has this oil in Syria and it is going someplace and so are these billions.

How much do you want to wager that Donald Trump's new mercenary Presidential adviser from Dyncorp in Stephan Freidman is mopping up that oil revenue as it provides protection for American CIA policy off books to fund this growing American mercenary conglomerate projecting American power.

Kind of a different deal is it not? Obama stole Syrian oil to bribe Turkey for Greater Judea in Obama Wars and now a new Trump mercenary conglomerate appears to have a perpetual tap in mercenary oil money, while America's gas prices are spiking and we still do not know what happened to  a missing 8.7 billion dollars that Dyncorp looted from the Department of Defense.

DoD's lost $8.7 Billion: What About The Pentagon's ... But some think it was siphoned off through companies like DynCorp, ... More than $9 billion went missing.


Wear your white hat patriotism as a cover for this true reality. John Wayne fights your wars but the Shylock are looting the nations in America's name.

Are you paying attention in this or should the Lame Cherry write this in English and translate in the DIA now has Mr. President being advised by a mercenary conglomerate which stole almost 9 billion dollars and it looks now that in this interesting oil possession in Syria, that the Syrian people's oil are being robbed as Americans have been, but in this case there is a multi billion dollar funding source for Mr. President's mercenary war, off book, without any oversight and it is Mr. President's personal army the DIA can deploy anywhere in the world.