To Boldly Trek Not Treked Before 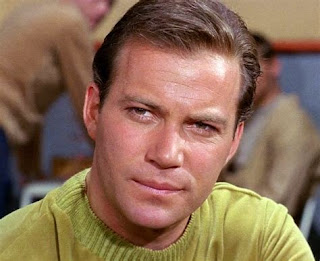 I just love William Shatner as Captain Kirk, who is the 3rd greatest actor of all time, only behind the greatest actor of all time Joaquin Phoenix and "the legend" Jan Michael Vincent.
In that though, Star Trek was cancelled far too soon, and I was pondering what great episodes would have been produced if these actors had only appeared on Star Trek.

How about the the monumental Jackie Gleason. 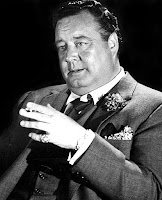 Yes Jackie would star as Rook Manitar, Governor of the far off Plebius on the border of the Neutral Zone with the Klingons. The Governor summons the Enterprise on a Code 1 emergency where he stands alone against the Klingon Empire, as he has discovered there the fictional Corbomite. Corbomite is so powerful that Sulu in a hissy fit throws a cup of water in the Governor's face and is washed away by  a  space typhoon.
Kirk installs the Corbomite into the the Enterprise's warp drive engines to power it and wins a stunning victory of the Klingons.

Then could you imagine the legend, Elvis Presley. 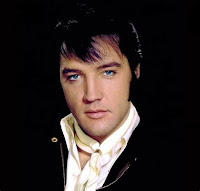 Yes Elvis would star as Captain Elvis Presley of the Colonial Guards.  To save the honor of Lt. Uhura, Elvis fights a duel to the death with 5 Romulan Praetorian Guards as Jim Kirk steals the Romulan plasma weapon which must be inserted into an all too willing Sulu's anus, whereby the plasma overheats and forever seals that orifice.
The Enterprise in order to escape discovers a space portal which provides the Federation with a secret passage into the Romulan Empire. 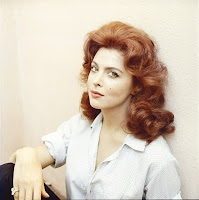 In this  episode, Shedevil Delilah of Tarshish, unleashes the Ponn Far in Spock creating orgasms of delight all through the Enterprise crew, who are diagnosed by Bones to be in a state of euphoria, and the only remedy is to shrink Sulu's  testicles as a human barrier so Nurse Chapel can seduce Spock and free him from being ravaged by Tina Louise.
Spock released from Ponn Far, discovers that Shedevil has placed the galaxy in an enclosed time loop, which can only be broken by an anti matter bomb hurled back into the river of time. 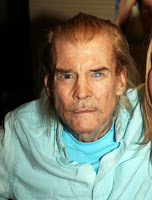 Need  I say more? You don't even need a script. You just have JMV start blowing things up and ravaging all the women as only the legend could as Captain Aire Wolfe of the German Legion.  JMV in an epic moment shoves Sulu into a photon torpedo and fires him at the Romulans to so horrify them in fear that the Federation will fire humans at the Romulans as they are so beastly savage.


And lastly what would Star Trek be without an appearance by the greatest actor ever in Joaquin Phoenix. 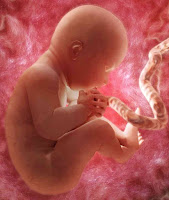 As JP was not yet geboren, he would star as Foetus Phoenix, the future space seed, who from the womb of his mum, was telepathically communicating the salvation of the Enterprise when Sulu had set the wrong course, hurled the ship forward in time, where everything was rapidly aging and disintegrating.
Sulu faces Court Marshal where he is broken in rank and replaced by Raquel Welch who stars as Lt. Caliente.

Could you imagine what DC Fontana could have accomplished with the above. If only these wonders had starred with William Shatner in Star Trek.

I can not leave this without the necessary addition of Adam West as Krotus, the offspring of a swashbuckling American and a ravishingly beautiful Klingon female and Andarus, who in a Desilu spinoff of Gem Wars cruises the galaxy righting wrongs and seeking fortunes.

If only Star Trek could have developed these characters.