What is the Evil in America? 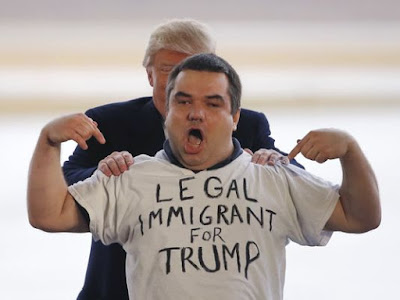 The Lame Cherry is about to educate each of you beyond the propaganda of the modern headlines in the buzz words of "compassion" for Trump Visa Vermin or Obama Illegal Vermin in wanting new lives in America, to the reality of life, and it begins with this question, "Was it criminal for the Nazi's to create forced labor camps as part of the German economy?

Simple yes or no answer, and when you answer you will continue on to see this was the Todt Organization which employed laborers into camps for German war production which you will have rightly answered YES or NO if it was criminal. 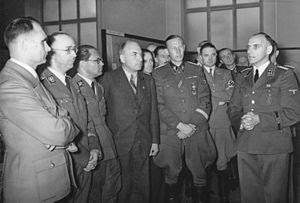 The Todt Organisation (German: Organisation Todt, OT) was a civil and military engineering group in the Third Reich from 1933 to 1945, named after its founder, Fritz Todt, an engineer and senior Nazi figure. The organization was responsible for a huge range of engineering projects both in pre-World War II Germany, in Germany itself and occupied territories from France to the Soviet Union during the war. It became notorious for using forced labour.


We now move ahead to the Obama era, of mass illegal invasion into the United States, with 95 million Americans still unemployed and President Donald Trump now bringing in 1.5 million LEGALS a year to work in the United States. Those are the facts and yet as one reads the headlines, the words HORRIFYING in what Asians endure in being lured to America to Obama ignoring the invisible population of farm worker illegals, meaning zero safety net for them.

Is this criminal or legal in your Yes or No answer as you have already judged the Nazi criminal or illegal. 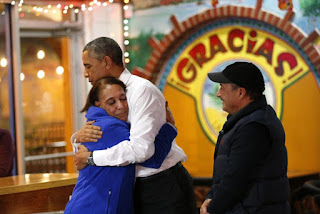 Consistent with his agenda to fast-track his executive amnesty, President Barack Obama is demanding American citizens welcome millions of undocumented immigrants and refugees into their neighborhoods in keeping to his "centralized" plan to "take care of their needs."


A Horrifying Path to America for Hotel Workers - The Atlantic

A Horrifying Path to America for ... Briones worked for a placement agency in the Philippines bringing workers to the ... voted to overturn a similar Obama ...

Who are Migrant Farm workers? ... This is where you can find research-based information from America's land-grant universities enabled by eXtension.org.

As we read on, we disover that this Obama work force coming to America is now termed, not just by the Lame Cherry but other outlets as a new slavery in America, where workers are cheated out of wages and exploited in paid low wages, while Americans are still out of work at 95 million Citizens.

Is it criminal or just in what the people engaged from Obama, Trump, the Chamber of Commerce, Lutheran Social Services, Industry are doing in bringing people to America and then forcing them to labor in confinement of ICE ready to pounce, where they have zero rights?

This is starting to mirror the Nazi labor camps in Europe. There are those though who will say they were death camps, but that is ignorance, and once again requires explaining to the ignorant that the Germans managed forced labor camps. These camps were not death camps. There were not gas chambers, but showers which had nozzles to mass delouse these laborers as they came from ghettos and were infected with lice which carried the  typhus plague. American military mass sprayed Europe with the same necessity to keep the plague from spreading.
As for the starving and dead, they were created by American, British and Soviet bombing of supply and medical convoys and trains. This was not the German Reich's doing. It was American allied created.
As for the cremated, of course the infected were burned to keep plagues from spreading, and it was not mass ovens, as there was not enough fuel,  crematoriums or time for the Nazi's to cremate the fictional 6 million Jews, who according the Red Cross were instead double counted dead, in a Belgium Jew was counted in Belgium and then counted again in a work camp, whether they lived or died from American bombing which starved them.

Yes it is easier to keep that propaganda in your brains, but the Truth is far more liberating as it opens your eyes to your own American Genocide being unleashed.

We continue on with an examination of American forced labor as it did not begin with Obama nor expanded under Donald John Trump.


The New American Slavery: Invited To The U.S., Foreign ...

A BuzzFeed News investigation. The H-2 visa program invites foreign workers to do some of the most menial labor in America. ... been cheated out of their wages ...


The first slaves to America were Scots, exiled by the English after Scotland lost a war of independence with London. Yes Virginia was filled with White Slaves at forced labor to build America.

There were hundreds of thousands of Scots sold into slavery during Colonial America. White slavery to the ... were enslaved as early as the first ... Scottish were ...

This was followed by the forced labor in America by the Irish in Colonial America.

The majority of the early slaves to the New World were actually white. From 1641 to 1652, ... thousands of Irish slaves were sold to both America and Australia.

Not to be left unattended, there was a Spanish history in Colonial America of making slaves of Indians. Indians though were wild and sloven, not making good servants, so a new breed was brought to American forced labor.

"It's not on the level of the African slave trade," which brought 10 ... law regulating slavery in English America, ... Slate is published ...

This new breed was the African, who was exploited originally by the Arabs, and then taken over by the Portuguese, English and French, who employed Black Africans to capture lesser Black African tribal members and sell them for slaves. The wildness was gone from this forced labor group, but the sloven nature remained, and became compounded as French, Spanish, English and Portuguese blood was infused as the Afroid then became more militant and intelligent.

French Slave Trade Plan, profile and layout of the ship Marie Séraphique of Nantes.. Though the Portuguese and British dominated the transatlantic slave trade, the French were the third largest slave traders, elevated to that rank by the staggering numbers of Africans delivered to Saint-Domingue (Haiti) in the late eighteenth century.


Understanding that Europe had masses of revolutionary Whites in their midst and America had ample land to dump them on, a new forced laborer appeared in America in the Germans or Dutch, who were promised wilderness land to exploit, and thousands of Germans growing crops meant the idle few could reap the rewards of this new forced labor group for profit.

This group of Germans though who were THEE AMERICAN SERFS were by policy kept isolated, under paid in fixed prices out of Chicago, in order to keep the other factory forced labor workers fed and not thinking revolution.
The Germans though in 3 great waves have had all their American farms stolen from them and centralized by Monsanto Nazi Conglomeratism.

Yes we should ask now again is this criminal or is it legal? We should ask ourselves again if there is any difference in a Nazi forced labor camp or the American forced labor farms, considering the military was spraying radioactive fallout on them in the 1950's to test what a nuclear war would be like.

The following excerpt from Pennsylvania Germans, A Persistent Minority by William T. Parsons is posted for its excellent discussion of conditions confronting early 18th century German immigrants on the voyage to America and upon arrival at the Port of Philadelphia.

For more than a century, hundreds of thousands of the newest German immigrants made their way to America's farm country, where they helped form the backbone of

But let us not think the Germans were the only forced labor camps in America, there were the Chinese brought to America to build the railroads as the rail men wanted things cheaper than to pay Americans a living wage.
That sort of sounds like Obama illegals and Trump legals now does it not?

A History Of Indentured Labor Gives 'Coolie' Its Sting : Code ...

A History Of Indentured Labor Gives ... were instrumental in building the transcontinental railroad ... How can we prevent the Chinese coolies ...


Then the Irish returned to America, starved out of Ireland, and they of course were most welcome forced laborers in factories and mines. The added bonus was the Irish Mic loved beating the hell out of other forced labor immigrants so they made good coppers to police the police state.

Irish immigration occurred as a major rush in 1845. ... many Irish Americans went back to work in factories, ... factory, and mining unions ...

Then of course there were the Poles who were dumped into the American heartland, the Hog Butcher of world, to do just that. Yes those nice sausages you think about, all began in Polish forced labor in slaughter houses, using sledge hammers to bash in animals brains, to bleed them, gut them and butcher them.

Now once again, is there any difference in Nazi forced labor camps called Buchenwald or an American forced labor camp called Chicago, where if you tried to unionize the federal troops were called out to clean out the remnants that Chicago PD had not bashed the brains in on.

Polish Past in Chicago ... slaughterhouses, ... The exhibition focuses on the early history of Polish immigrants in the neighborhood known as Chicago's Polish ...

Lastly, we have those noble Swedes, also known as lumberjacks in their forced labor camps, which were filled with bloodsucking lice, filth and gulag temperatures, with the dangers of chopping your foot off, a tree falling on you or Babe the Blue ox kicking your brains out as you hooked the log chain up to pull a pine out of the forest.

As you sit in your ample smart phone luxury, condemning Nazi Germany, was it criminal or legal to lure Swedes to America to leave them in filth and work them to death?

Be honest now, even if it is uncomfortable, because remember you judged the Nazis as evil and yet you live in an America where it has been public policy to import groups of forced laborers every 50 years to exploit them, use them up, and tell them they were free, as the propaganda said those German Nazi were really the bad types, but then it was American bombing by FDR and Truman which created the death conditions in those European camps.


When I Was a Child | Minnesota Historical Society

When I Was a Child. An ... and helps support his family by working in lumber camps and a glass ... a deeply moving view of the other side of Swedish immigration. ...

So now you have learned some uncomfortable Truths. You have learned that the Nazi's were not the ogres you were told they were, and now you seeing that the new "for the immigrant children" is nothing to do with children, but another group of forced laborers to be exploited and used up, while the used up and unemployed Americans at 95 million are facing genocide.

This is never going to stop until each of you start calling this importation of forced labor to America for the evil it is and make those in the Mockingbird media deal with the reality of what the feudal few in America rule in exploiting others and discarding the natural born Citizens for a cheaper forced labor rate.