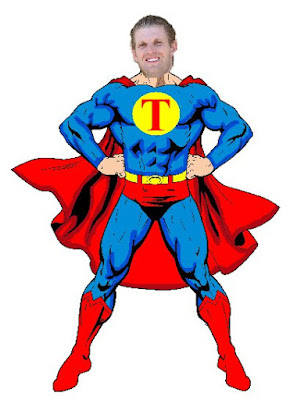 No there is nothing there.
Look in the street......

Yes in another Lame Cherry exclusive in this is the saga of Eric Trump, as Supertrump, a real New York hero!!!!

I mean who needs Superman when you got Ericman around?

Did you hear the fantastic tale of Eric Trump saving lives in Gotham, in more numbers than Batman after Ben Affleck killed the entire Marvel franchise?

The problem is when I read the story, it was not quite the Hollywood script which the headline Trumpeted.

An ordinary morning in New York City last week for President Trump's son Eric Trump abruptly turned frantic when he rushed to the aid of a woman who passed out near a train station, dodging rush-hour traffic to chase down a passing ambulance. 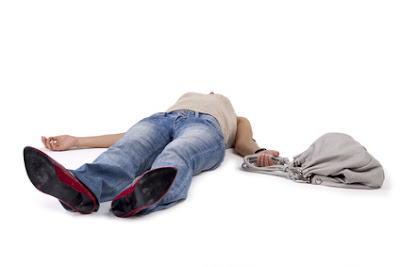 Yes Eric Trump on the mean streets of Gotham, with his security detail was on patrol as all good Americans are, when suddenly as the Secret Service missed it, a woman had fallen in the street, at which point Eric Trump sprang in to action. 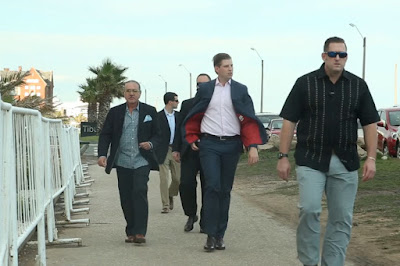 How come my security detail is the old guy and the blind guy?

We know it was sprang as Eric Trump runs Marathons and his wife just out of maternity while still having her mams drained by another successful Trump billionaire to be architect to the world, was out running a Marathon too that made lesser men faint. 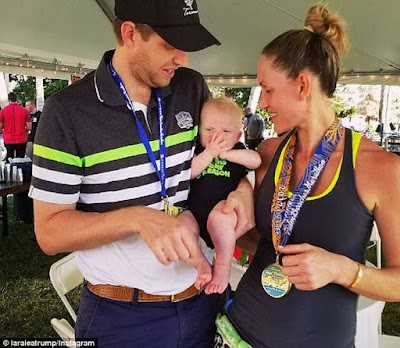 Mein Frau is a fine Saxon woman.
She has baby one day and I swat her on ass
and she runs marathon next!!!


Eric Trump ran into traffic. This sort of makes one wonder why his Secret Service is not the one getting help and allowing the President's son, be almost killed.......yeah not by traffic, but Eric apparently dodge a bicycle.
I mean come on, that does not even belong in a story as what harm can a dork do on a cycle. 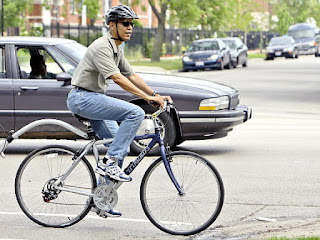 Oh my Obama, that is Eric Trump

At this point, the brave Eric flagged down an ambulance, which apparently was not for this woman. Which means it was for someone else who needed medical care, but that is sort of lost in this glowing report.
Remember that the Marionette was praying for a dead kid in Italy to the Virgin Mary for a kid who needed a transplant.
Sort of seems to be a pattern in............'Yeah I am going to help you", but these people never seem to equate that their actions and needs get in the way of helping other people. 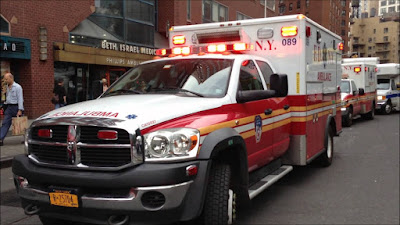 Sorry Dispatch, we had to let that old heeb die
as Eric Trump stopped us for a fainting woman...


Even the celebrity left is now trying to get into the act. Yes playing a super hero on film just is not like being one on the mean streets of Gotham City. 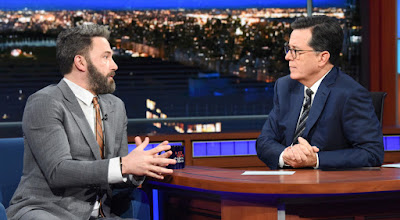 Yes I played a super hero Stephen, but I want to be like Eric Trump.
Can you faint and I will give you mouth to mouth?


Never mind in that, as we have a sign up already, commemorating the bravery of a New York superhero in Eric Trump. He saw a woman fainting, the Secret Service did not help, left him run out into traffic, where a mad cyclist almost rammed a handle bar up his arse, and whoever the ambulance was meant for........no one really cares as a fainting woman in New York got help.......... 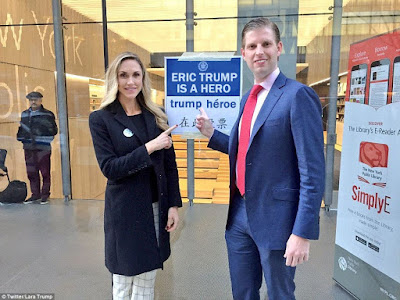 We'll be putting up a Statue of Liberty
size monument to my heroism next year... 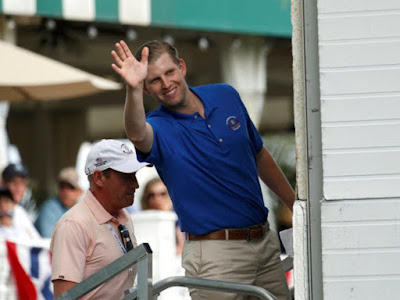 
Say, did someone say we should change May Day to Eric Trump Hero Day like they did for Martin King jr.?