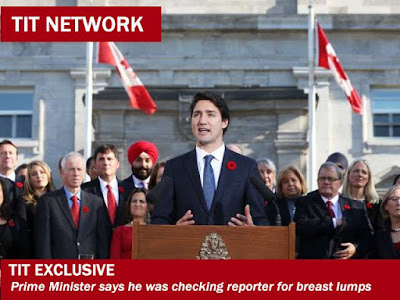 Like all of these Pierre Trudeau, Al Franken and Bill Clinton sexual predators who hide under the cover in being feminists, Justin Trudeau has been exposed attacking vulnerable women, who he thought he could get away with it, as "she was just a small town newspaper gal", who  turned out to be a professional reporter in a larger circular.


What is worse in this after the assault, is Trudeau has stooped to the rapist claim that the woman liked it.

Here is a photo of the drunken sexual pervert at a charity event for the public good where  Justin Trudeau exposed what a disgusting deviant he is. 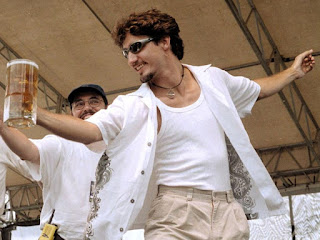 This is how Trudeau appeared as a "teacher". Yes this is the deviant that parents trusted their children with.

The following is a screen grab of the reporter's editorial of the sexual assault of this woman, who has her superiors accounts testifying she was upset at the events, but with all of this evidence, Justin Trudeau is now assaulting this woman again by calling her a liar and she liked being treated like a whore in public.

It is time for President Donald Trump to declare war on Ottawa and liberate the Canadian People from this sex fiend named Justin Trudeau.