It rises from the Sea 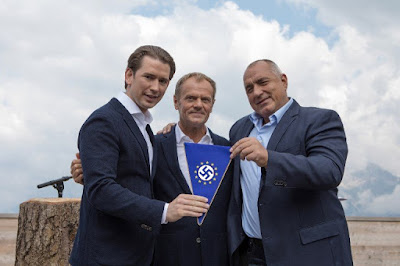 I believe like the star that rose in the east, that the noted new star of the north featured here several years ago is about to reveal to those with God given insight  pageant in heaven for which I have longsuffered looked for.

What is forming quickly is the old order of the European Axis in all of it's grandeur, beauty, power and diplomacy. The era of Charlemagne and of Bismark approaches in the budding  of one key leader and all that it will require is one key event and he will blossom like the edelweiss.

The last greatest leader of six thousand years is appearing and to witness this event is the greatest of blessings as the Lord's servant will not depart in peace, according to His Word,  for his eyes have beheld the manifestation, which He has prepared before the sight of all people, an illumination to enlighten thee unsaved and the glory of the world.


2 Daniel spake and said, I saw in my vision by night, and, behold, the four winds of the heaven strove upon the great sea.
3 And four great beasts came up from the sea, diverse one from another.

The time lines have to manifest yet, but for the ignorant, the beast simply means an empire or ruling axis of peoples. This union will appear quickly and have the peoples in awe in the majesty and power of this government.

The following quotes are from the French press, and I have highlighted the important parts as what you are reading is a militarized, conscripted central Europe whose purpose is to advance and protect itself.

"A Europe that protects" is the motto Vienna has chosen for its third period in the leadership role, which passes between different EU member states.
The presidency gives Austria the opportunity to chair meetings and set agendas


There is a reality which this blog first published that Sebastian Kurz will have Germany willingly annex itself to Austria or parts of Germany will vote to join Austria, led by the Bavarians. The utter damage that the leftists in Merkel, Macron and those faggots of London have done to Europe, are the reason for this as Europeans want security to not be Muslim rape cocked to death.

While not noted, the Polish EU President was advocating refugee camps outside European  borders, which is thee exact policy the Lame Cherry advocated, and Donald Trump should have led with as a world leader, instead of pouring in 1.5 million more legalized vermin into America each year.


Kurz's government, in alliance with the far-right party FPO, is tough on migration, calling for a more restrictive EU policy, including increased protection of the bloc's external borders.
The Austrian presidency calls for "security" first on its website, saying tighter borders help the "fight against illegal immigration".


Kurz this week repeated his view it was "possible" to reach an agreement before the European Parliament elections. However, the negotiations are complicated by proposed cuts to the Common Agricultural Policy (CAP), the largest single area of EU spending and one dear to major farm producers France and Spain.
And it will also be the first time the budget will finance military capabilities and infrastructure to be used by armies, therefore giving financial means to a common defence policy.

Austria, because of its central position in Europe and its history, wants greater integration of its Western Balkan neighbours into the union.
"This region is part of Europe in terms of economic policy and security and has proved a reliable partner during the migration crisis," Vienna said stressing the importance of "stability".
On Tuesday, the EU agreed to open negotiations to join the bloc with Albania and the ex-Yugoslav republic of Macedonia starting in June next year, provided certain conditions are met.
Vienna intends to lend a hand to the countries as they move towards joining the bloc, as well as Serbia and Montenegro, who are less advanced in negotiations.

This is the most wonderful of manifestations as I have waited for this to appear and told of it's coming. If this is it, then the silent spot for which I was raised up to fill in, until the Scripture was plainly being revealed. Others should now appear, both false and True, and the burden of this will be lessened as I will no longer upon this vanishing point alone.


7 After this I saw in the night visions, and behold a fourth beast, dreadful and terrible, and strong exceedingly; and it had great iron teeth: it devoured and brake in pieces, and stamped the residue with the feet of it: and it was diverse from all the beasts that were before it; and it had ten horns.
8 I considered the horns, and, behold, there came up among them another little horn, before whom there were three of the first horns plucked up by the roots: and, behold, in this horn were eyes like the eyes of man, and a mouth speaking great things. 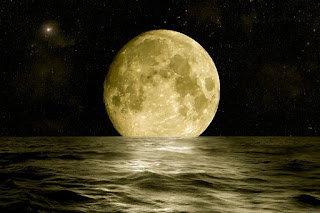