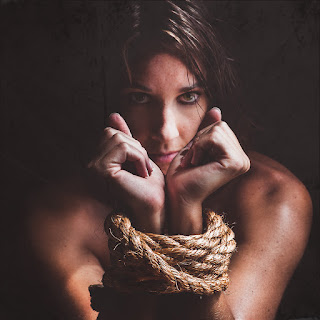 Over the past years we have heard from John the hero McCain condemning the CIA for torture along with leftists. This post though desires to show you the difference in what torture is and what something like waterboarding is.

The scene is Romania 1944 AD in the year of our Lord. The stage is Romania was a German ally and is about to betray Germany by going over to the communist Soviet side.
The Germans had intermingled with the Romanian army, as the officers of the Reich warned their troops against this. One particular runner, a driver, had invited a Marksman over for drinks with the Romanians and he had agreed.  The problem was the driver did not appear and there were strange sounds coming from the Romanian camp. This is what greeted the German Marksman as he crept forward.


He spotted 5 Landsers, including the driver all bound. There were two Soviets there as the Landsers were surrounded by Romanians. The interrogation was in process as the Romanian was the interpreter for the Russian questions. The answers were not proving what the Russians desired, so they pushed the Romanians aside and started beating the Germans with a stick.
The Romanian regulars were not pleased with witnessing this brutality, and it took a Romanian officer to pull a pistol on them and force the group back.
The Romanian then spoke to the Russians, and the entire interrogation group moved over behind a latrine.

The group was at 80 meters and was the 5 Landsers, 2 Russians and 3 Romanians. The interrogation had moved onto calling them dirty pigs and traitors, and then one Romanian and a Russian started beating the Landser with their fists as the sticks were not working and with that the Landser collapsed to the ground doubled up in pain.

The German than had his bonds loosened and was dragged to the latrine wall, where his right hand was pressed and the Russian used his pistol to smash each  of his fingers. The screams of the driver in fury and rage reached out to the Marksman who was in a fury himself, but controlled his rage as he was going to try and save his comrades and not endanger them further as he hoped they would be led away to detention.

The driver was then gagged to stifle the screams as the Russian went to work on the other hand. As the results of turning his hand into mush was not working, the Russian then tore open the uniform, exposing the belly, where a knife suddenly appeared, and a slit was made in the gut from the side to the navel, and the Russian plunged in his hand and pulled out 3 feet of intestine. The driver moaned in agony.

The Romanian interpreter was even shocked by this and removed his pistol and shot the driver in the head to end the suffering.
The Romanians and Russians now had all their pistols out and were screaming threats at each other.

The Marksman now concluded that nothing was going to stop this but a shot, so he steadied himself and shot the Russian torturer and and as the communist blew back from the blow, the Marksman put the next Russian down.
The Romanian interpreter realizing a firefight had erupted leapt over the latrine wall into the shit hole as the Romanian guards fired blindly as the Marksman put one of them down. By this time the Romanian camp was a buzz and the interpreter revealing what had happened, the camp start spraying the forest with machine gun fire, which was getting close to the Marksman, who made an astute exit.

He hurried back to command and explained the situation, and command was aware of the Romanian betrayal as it had started in ambushes and other heinous acts. The remaining Landers were never heard from again as their lives were ended unmercifully.

That though is what is real torture. Not the John the hero McCain fiction of his self inflicted wounds in Vietnam nor his denouncing the CIA in 'torture'. Torture is something you now when you see it or experience it. It inflicts permanent injury and brings a lingering death.

Remember what the communists, the good friends of Franklin  Roosevelt were doing to civilized Germans in Europe and no one said a word in protest. Again this is before the "holocaust" even was rumored to have begun. This is what the American allies had initiated as America cheered in propaganda film.