Auditioning to be Threshed 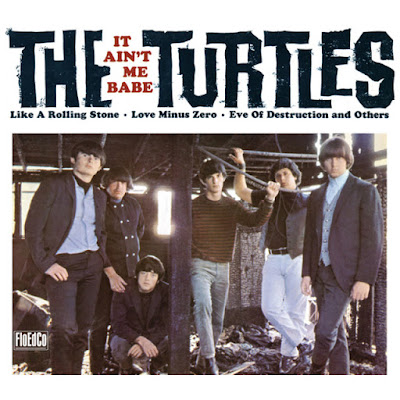 As another Lame Cherry exclusive in matter anti  matter.

When my sister died stupidly in a traffic accident as a passenger when I was eight years old, it opened my world the emptiness without her. She had few possessions, but what she had became icons, from the suede cowgirl boots she had, which I later figured out the spots on them were blood from her brains as she had  them on in the crash and her few albums. One was an obscure album by The Turtles, which I used to listen to for hours and days in trying to hear what she heard in  the songs.

From that album, I still judge all rock n roll work, in the twangy guitar, the soft melodic undertones and the power riffs coming out. I still consider this album the best rock album of the era for production in these boys created thee absolute best renditions of Bob Dylan's songs.

I found the CD of this album which was one of the first I ever purchased, tucked away in a clothes hamper  as I use to listen to this as  I bathed when I was very sick. TL was playing it tonight and it brought be back to those times, the scents of my sister in perfume, cigarettes and those white lilies in how sickening sweet they are, as she died around Easter and there were plumes of lilies which I still get sick at the thought of smelling that intoxicating sweetness yet.

There is a song on this album, Eve of Destruction, better than the original, and a quite militant version in snare drums. I feel inside of me that the children of the generation who birthed the Jewish state are about to reap the whirlwind which Ronald Reagan calmed.  The forces of this world are powerful and desire their dark DNA line to replace the Godlike DNA lineage of Americans  and the people of the west  who are the true Israelites. This is why all of the inferior Hamites and netherchildren are being dumped into Europe and America. It is a genocide of a race created by God, a Spiritual race for a dark spiritual race. It is what is behind all of the turmoil in the world now as group of coming immortals in the false tree mass murder the inheritors of the Kingdom.

Barry McGuire  wrote Eve of Destruction against the Vietnam  War,  race hate and nuclear war in the mid 1960's. If one observes, the very things feared then are the remedies now embraced. Everyone can see this stillborn child of death is at the vulva's lips and in time will enter the world with it's toxic death until the great consummation of human evil is purged from the world.

Our new desktop experience was built to be your music destination. Listen to official albums & more.


I share the lyrics again as the American world is vaginally torn in this birth, as nothing has changed as the uterus weeps toxic unctions. I constructed a time line of peace, but that has been replaced by the end times surge again in full vigor. I contemplate the rich in grasping the money God gave them to make the world better, and never assisted me here, in if they had, I would have had the energy and focus to lessen the blow if Mr. President failed. I probably still could do it, but I need rest to recuperate, to set things in order here, to delight in the necessity of being renewed in the Lord. I could probably be  restored in a few months with no set backs,  but things are moving swiftly and I am not a Moses parting the Red  Sea as I can see the future now and I see  that monstrous wave there risen. When it comes, you will know this turmoil was the calm before that storm.
We live in the serenity of the tidal wave's shade, seemingly aloft like a tree protecting all of us, until the moment of the swell ceases and the deluge comes.

I told you Birther Hussein was a shadow of things to come. That shadow is now the prevailing darkness and as the world threshes itself, it auditions to be threshed. 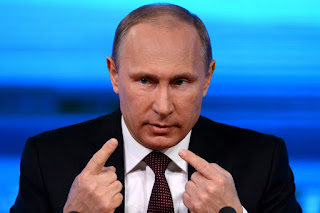 The eastern world it is explodin'
Violence flarin', bullets loadin'
You're old enough to kill but not for votin'
You don't believe in war, what's that gun you're totin'
And even the Jordan river has bodies floatin'
But you tell me over and over and over again my friend
Ah, you don't believe we're on the eve of destruction 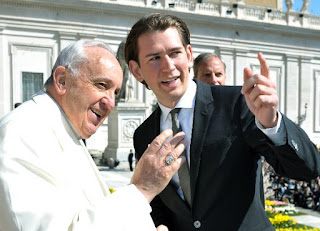 Don't you understand, what I'm trying to say?
Can't you see the fear that I'm feeling today?
If the button is pushed, there's no running away
There'll be no one to save with the world in a grave
Take a look around you, boy, it's bound to scare you, boy
But you tell me over and over and over again my friend
Ah, you don't believe we're on the eve of destruction 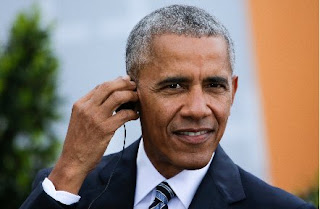 Think of all the hate there is in Red China!
Then take a look around to Selma, Alabama!
Ah, you may leave here, for four days in space
But when your return, it's the same old place
The poundin' of the drums, the pride and disgrace
You can bury your dead, but don't leave a trace
Hate your next-door-neighbor, but don't forget to say grace
And you tell me over and over and over and over again my friend
Ah, you don't believe we're on the eve of destruction