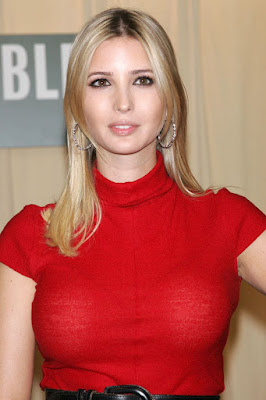 I didn't know it was a crime to have nuclear tits!

It no longer is an issue of Republican or Democrat in Rep. Elijah Cummings investigation into what has come to be known as the Mideast Marshall Plan, of whether you support Donald Trump or not, because beyond the exaggerations of democrats there are in those filings a number of Truths and one of the glaring realities is that in return for Defense Intelligence support of candidate Donald Trump, General Michael Flynn with key former Bush administration advisers embarked upon a plan to place 40 nuclear power stations with full nuclear enrichment facilities into Saudi Arabia.
The DIA which backed Donald Trump had reached a quid pro quo arranged by Michael Flynn of NSA.

In this process, a recurring statement appears in, "Agree to this and we will have Jared Kushner present this nuclear deal as talking points to the President". Time and again the NSC staff and the legal counsel, attempted to shut this Atomic Islam down as it was filled with conflict of interests and was illegal, but time and again it reappeared, first under the guise of Trump's personal friend Thomas Barrack jr., and later manifesting through Secretary of Energy Perry.

Where the criminalizes emerged in this was the President's son in law,  Jared Kushner, who on two known occasions brought policy to the President, first with dictator Xi of China over beautiful chocolate cake and later under Atomic Islam, where the Kushner part in this was the Kushner family unloading the horrendously bad investment of Fifth Avenue's 666 skytower, which was the worst investment in real estate history.

To understand the Kushner Crimes in how he pressed for Atomic Islam in Jew selling America out, Kushner became involved with Brookfield Management. Brookfield replaced Thomas Barrack jr. as the investor to purchase Westinghouse Electric, which was bankrupt and is thee American producer of nuclear power plants in the Atomic Islam deal.

What emerged after Brookfield's purchase of Westinghouse was their direct purchase of Jared Kushner's 666 skytower in New York in a sweetheart deal. There are at least two counts of bribery and influence pedaling in this one transaction in the Chinese and Brookfield, and perhaps three as a shadowy Muslim was involved at one point in this venture too.
Jared Kushner is looking at 20 to 40 years in federal prison and it is linked directly to advice he repeatedly was providing the President of the United States on Atomic Islam. 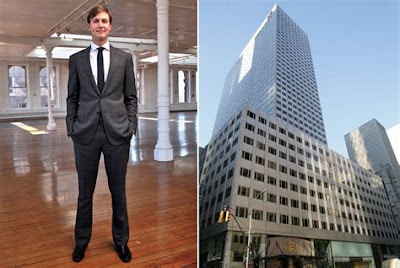 
In January 2018, Brookfield Business Partners, a subsidiary of Brookfield Asset
Management, announced its plans to acquire Westinghouse Electric for $4.6 billion.
Westinghouse Electric is the bankrupt nuclear services company that is part of IP3’s
proposed consortium to build nuclear reactors in Saudi Arabia, and which stands to
benefit from the Middle East Marshall Plan.

The Bush powers which are behind this, judged early that Jared and Ivanka Kushner were the weak links in this to gain influence over Donald Trump. Jared Kushner's betrayal of Donald Trump has been immense, and considering the reality that this Jew in a family friend of Benjamin Netanyahu was for arming Saudi Arabia, Jordan, Egypt and Iraq with nuclear production would lead to nuclear terrorism as a matter of Islamic policy, with the target always being the United States.

None of this was in the past, as Donald Trump was gain promoting Atomic Islam and Jared Kushner was directly involved in this as his chief adviser, just a week ago.


On February 12, 2019, it was reported that President Trump participated in a White
House meeting with private nuclear power developers, “initiated by IP3 International.”
The meeting was reported to include discussions about U.S. efforts “to secure agreements to share U.S. nuclear technology with Middle East nations, including Jordan and Saudi Arabia.”  Participants reportedly included Rear Admiral Hewitt and General Keane from IP3, as well as representatives from Westinghouse, General Electric, Exelon, Nuscale, TerraPower, Lightbridge, AECOM, BWXT, Centrus Energy Corp., and X-energy.

President Trump was reportedly “supportive” of the executives’ plans to sell nuclear
technology to Saudi Arabia.


On February 12, 2019, it was reported that a White House official stated about the White House meeting with nuclear developers:  “This is being led by General Keane.  This is a group that he has put together; the president talks with him periodically.”

At this point, it becomes an interesting game of factions, as Rand Paul was seated with Mitt Romney at the State of the Union. Paul joined Marco Rubio of the infamous Romney campaign of 2012, and the 3 Amigos campaign of John the hero McCain creating Ukraine Nazis and Kurds into ISIS to steal oil from Syria and Iraq for political kickbacks from Turkey all under the protection of Birther Hussein Obama's regime.

The reason this is interesting is sweaty Marco and little Rand, were sending letters to Donald Trump telling him to drop this Atomic Islam deal. For the short in this, the reason these political whores are  involved is their interests have not gotten  a cut out of this.

As this blog has been the only source covering any of this in it's correct context, scratch any of this Russiagate cover and what emerges in it all is Russian uranium brought in by Bush and Clinton to turn into American electricity while gouging consumers, Russian control of American uranium by Hillary Clinton and Vladimir Putin not handing over that laundered uranium funding, back to the original energy providers.
Scratch this and a massive amount of uranium was to begin flowing to Saudi Arabia. The parties that got cut out of these deals are a prime focus in what is appearing as investigations and warnings now. 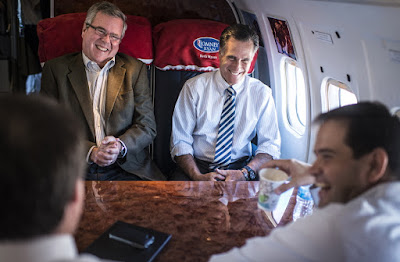 For example, on October 31, 2018, Republican Senators Marco Rubio, Todd Young, Cory Gardner, Rand Paul, and Dean Heller sent a letter to President Trump urging him to “suspend talks related to a potential civil nuclear cooperation agreement between the United States and Saudi Arabia” due to “serious concerns about the transparency, accountability, and judgment of current decision makers in Saudi Arabia.”

They explained:
[W]e remain concerned that the Saudi Government has refused, for many years, to
consider any agreement that includes so-called “Gold Standard” requirements against
pursuing technologies to enrich uranium and reprocess plutonium-laden spent nuclear
fuel.

On February 12, 2019, Senators Ed Markey, Jeff Merkley, and Rand Paul introduced a bipartisan resolution requiring that any deal to share nuclear technology with Saudi Arabia block the Kingdom from creating a nuclear weapon.

The idiot that Jared Kushner is though in being a horrid businessman, in selling his soul and corrupting the Presidency of Donald Trump to unload 666, is the wedge in this that Robert Mueller, the US Justice and Elijah Cummings will bring full weight on Jared Kushner to bring down this President.

Democrat Adam Schiff did none of these investigations any favors in his incompetence and his whoring for the Obama Clinton crooks led by John Brennan of CIA along with Andrew McCabe. Elijah Cummings though with all of his past failings as being a male version of Alexandria Ocasio Cortez has blood in the water already on this. There are factions in this from the Clintons to the Rovian fag billionaires who were cut out of this new deal in  Atomic Islam, and they are going after the weak link in Jared Kushner because his actions are criminal.

This is a real story of influence pedaling and someone might suspect in all of this, that this is why Mike Flynn was really fired and what has set off the Russiagate probe as cover, as this is what was really being investigated along with the missing link. It has always  been about Russian money, Russina monopoly control of uranium, and how best to force Russia to turn over the money in blackmail and to hand over cheap uranium to make huge profits from it.

Ivanka Trump should have married a nice Protestant boy, instead of Wendi Deng's weak link who was chosen to launder Russian mob money through in New York investment, get him in over his head, and in time influence Donald John Trump, who the DIA had it's own pound of flesh to extract deals for as Jared  Kushner was  every group's patsy.