A Shovel of Dirt on the Grave 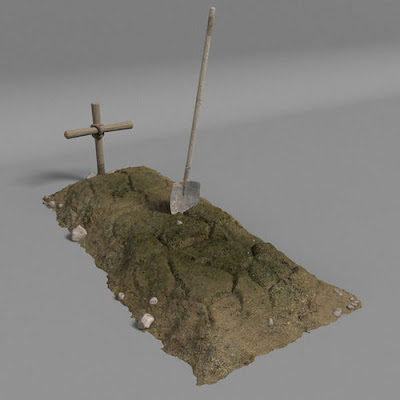 
I feel like about a ten ton weight just went off me today as the IRS in dealing with Trump's bogus shutdown, was finally able to quickly remedy was a mistake in the tax filings which I detailed here and others sympathized with.
I was expecting hell to pay, but another person with a world of problems wrote that when their auto tax filing screwed up, the IRS was really understanding about it and waved everything.
My situation is I am phobic about taxes, and our taxpreparer's husband was dying of cancer so she was distracted and the  mother was degrading to what she became in heinous, so she did not check the 1040 as usual, so when it showed I did not have to pay and got my first refund I was having a pretty good year.

I caught the problem as I was looking into if I qualified for any government assistance, which of course I do not, in our deductions were filed as the income. The tax gal was really helpful after her house about burned down and we got the correct forms to the IRS with the refund repaid.

So we were sitting on that and waiting due to Donald Trump's diversion like all this chit in right wing media is just a diversion, and what I was expecting was several thousand dollars in being hammered in penalites and interest, was just the interest, and as we had paid back the lump sump in December. all the IRS was charging was interest in the interest not paid.

Yes that is the way it works.

I have the check made out and everything ready to go in the mail for tomorrow. I am so grateful to God for there not being an audit or the worst case scenario as I have had a hell of a two weeks in worst case weather here in it is like breaking trail to just get to the highway.
Coupled with all the other chit in people no longer donating and just being wore out from the cold, it is a hell of thing in the world looks brighter when the anti Christ comes to DC and you like him better than all the politicians who promised to be our saviors this time around.

I have to get ready for another HAARP Arctic blast and snow in what looks like two dumps, and have other things I can not do a great deal about as 40 degree weather would solve almost everything else to getting us back to square one in this shit hole of the brier patch, but I hope I can at least sleep a little better as today I put about the last shovel of dirt on the mother's grave in being through with her. In life and death, that woman was just hurtful and being rid of her in another mess she caused, as what started all of this was last year she got "hurt" in a sciatic nerve, but then she faked it as she wanted to be taken care of as my hip felt like cut glass and my back was nerve pinched from lifting her carcase which added to all the other shit of a horrid HAARP April that people are still talking about around here, so I missed the mistake in the tax return.

It is an odd thing in TL and I came home last week and someone was on our road in the way, and it turned out to be mom's sister and my cousin as he was showing her the snow. Of course she had seen worse. Yes we all have, but we were younger than and life was not such a bitch, but I noticed how much she looks like mom for the first time........and I was further glad I was done with the mother and I did not appreciate being reminded of that.

Each day though I am with TL getting distance and legal matters between the mother and us. God's teaching lesson in her has been profound in Heaven does not change people who should have been in hell. It certainly will teach me to never meddle in things God knows best in.

I praise God and am thankful for the IRS. It turned out the best it could when a mother is involved acting like she was Einstein in knowing better about everything.

Few more shovels and I will be free of that woman forever.


To those who stuck it out with us, God bless you and to those who cut and run, God give you the same from life and from Christ's White Throne Judgment.