A Life In Tears 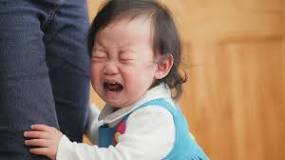 I look around in the deadbeat donors and I think I have a shitty life, but in counting my blessings in TL, I have more than most people in the life in someone I can trust and who cares about me.

We are not in debt like most people even if we are poor and our future is uncertain. For that matter in Psalm 126 verse 3, the Lord has done great things for us, and we are glad, as today the IRS was taken care of in the fiasco the mother created before she died.

The Holy Ghost directed my reading to the two verses a few days ago, and I try to focus on them  even as the great things the Lord has done has a new baby calf that I wonder if it will survive, even if it is inside, we doused it with milk to get it going and all seemed good, but when I checked it, it was bawling for some reason that I could not figure out. So I sat it up, covered it with hay, and the cow that was laying by it, got up and mooed at it and started eating the hay blanket off of the newborn.
Sometimes as  in all times, everything is in God's hands and you just have to trust that even if things turn out shitty, there is a reason and God's plan is always best.

I simply am at a point in everything we have been through that I can do no more.


5 They that sow in tears shall reap in joy.
6 He that goeth forth and weepeth, bearing precious seed, shall doubtless come again with rejoicing, bringing his sheaves with him.

I have had nothing but tears in my life. Even when things seemed to be going right, satan had some disaster waiting to make things hell for me.
In TL's case, both of us had suffered enough, but sure enough the parents and the siblings had to be royal asshole tools of the devil in trying to break us up and cause problems for us. God does great things, but satan is there to make it hard as that is what the adversary does.

Jesus never had an easy time from his birth. Born in a barn, a king slaughter all the children in the country. His siblings did not believe who he was. His dad died early in His life and the Jews hated Him to the point of committing State murder against Him, is still the same Father Who heard Christ always, and is the same Father that Jesus cried out to in pleading why He had forsaken Him on the cross.

All of us want the fairytale ending and the happy ever after, but for the Good which the Lord gives, there is a world of evil demons and evil people out there to inflict upon good people.


3. The Lord hath done great things for us, wherefore we are glad.

Whatever comes, a Christian has to get up the next day and face it in Faith as there is not any alternative. We have to struggle in this Spiritual life as a parade of Bible quoting idiots and bullies attempt to warp the Gospel into their failings or lack of faith. TL's dad preached "witnesses" because he did not have Faith, because By Faith all was accomplished. The mother preached at me 'forgive and forget' which is not in the Bible, but it makes victims feel doubly raped in they are to condone evil done to them.

I await the harvesting in joy as I plant a new crop of tears daily over something which blindsides me and has me wondering "How long" as I expect good from the Lord and am not waiting around for what will happen.

Nothing can be added to the verses in Psalm 126, but the words here were part of a slowing you down to contemplate those Promises, instead of speeding onto a new page of more media deceptions.

Pray the Words of expecting to harvest good things and in Faith, Good will come to you.

In Christ's Name Amen and Amen