Fondle thy Sunni - Grope thy Shia 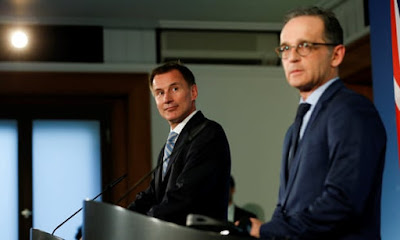 Anglos like to stick their fire stick into Sunni Saudi fascists,
while we Saxon like to bang for the buck in Shia Iranaian communists.


When the noted Conservative, Patrick J. Buchanan, has noted that Donald Trump is joining a world of autocrats in Putin and Xi, with festering pustules of elected DC democrats and republicans, it should be a Pearl Harbor warning that America has once again tread into the mire of world war as in the days of the despot Franklin Delano Roosevelt, who joined the tyrants of the age for profit policy to propel an agenda of global socialism by bomb, instead of diplomacy which it would have failed at.

For specific purpose the autocrat that Donald Trump is, has been embarked on a foreign and domestic agenda of division.  Donald Trump in the United States is carrying out a Webster Griffin Tarpley revealed agenda of dividing the democratic party while neturalizing the Republican party of Reagan, where Donald Trump will lead a sodomite Negroid socialism in competition with the Obama Marxism of the Neo Amerikan left.
The American conservative majority will no longer have a platform, but only Marxism and Nazism to choose, and this is Trump Nazism as it is National Socialism as all of Donald Trump's policies from global sodomy to cementing in Obama policies to a fake border wall, is Socialsm

In one key flashpoint which has emerged as Donald Trump attempts to Balkanize Europe to divide and dominate her, in order to make Europe the killing fields of Christian peoples again, this President has established a coalition of Anglo Jewry in carnal attachment to Saudi Sunni Islam, in the United States, England, the Israeli state, Saudi Arabia, Iraq, Jordan and Egypt, against the Shia advocates of the Iranian Islamocommunists supported by Germany, France, Italy, Russia and China.

In the tally of this, Donald Trump Sunni favoritism has pitted an in debt United States, with sand spit fascist states with a barely a million Soldiers against a horde of 200 plus million armed troops. Iran has more population than the Trump Jew Sunni coalition combined.

This Anglo American falling out with the Germanic reached peak when London was begging Berlin to keep selling arms to Saudi Arabia. Berlin with it's own gold dreams of Tehran gold in trade, like all of Europe is backing the Shia communists of Iran and so is the rest of Eurasia.
This is absolutely contrary to all American policy as the United States has enough oil and gas to power themselves for 200 years and their allies, so the Mideast is a place the United States should be withdrawing from and yet Donald Trump is effectively creating three war fronts in Eurasia in Iran, in Korea  and in Poland. The entire crux of this policy is to generate another global war for the ruling families of the world to profit and rule a shattered world from the World Bank.


Germany is feeling the pressure from western allies over its weapons exports freeze in the wake of the Saudi killing of Jamal Khashoggi, a freeze first announced in November, which included plans to reject any future export licences to Riyadh, but not previously approved deals.
German allies like the UK have lately implored the German government to soften its stance, noting the potential broader economic impact on Europe. British foreign minister Jeremy Hunt, currently in Berlin to discuss the terms of Brexit, reportedly wrote to the German foreign minister, Heiko Maas, in a private letter first revealed by Der Spiegel that UK defense companies would be hindered in contractual obligations related to Eurofighter Typhoon and the Tornado fighter jet delivery, namely to supply parts affected by the German arms freeze.

It has already begun in tit for tat in the British were whining about selling arms to the Saudi regime, which is the question is why is not the United States selling arms to the Sunni for profit, as America is only fit to run Pentagon debts and die for the Bank of England, as the British jets require German parts.
The British have been involved in the Brexit fraud for some time now in crippling European banking, and the Germans have effectively retaliated in backing the gold bearing Iranian Shias over the fascist Sunni who only exist due to American firepower, like the Jews of Tel Aviv. 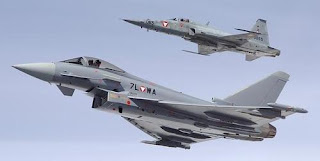 
“We don’t believe that changing our commercial relationship with Saudi Arabia will help that. In fact we worry that it would do the opposite – it would reduce our influence on that process,” he said.
“In reality, because the UK has a strategic relationship with Saudi Arabia, we’d been able to play a very important part in making the Stockholm talks happen.”
Der Spiegel reported that London had privately lobbied Berlin to exempt major European defence projects like Eurofighter or Tornado jets from the embargo. Both aircraft contain German components. An export ban has therefore had a knock-on effect on other European companies involved in building the aircraft.
Hunt had warned in his letter that Riyadh was already seeking compensation from Britain’s BAE Systems over the German ban, Der Spiegel said.

We literally have an aged and in debt United States, allied with worthless tribes who have absolutely no military position in being dead weight, against the rest of the world, with her arms, banking and populations.

This is absolutely ridiculous policy in the first place and in the second, it is a policy of how to lose a world war which is being instigated in all of this. This is Obama McCain policy of bringing Islam and Sodomy into US policy and the United States under Donald Trump is only too pleased to continue on with this disaster.

Donald Trump has taken what would be an isolated front in Iran if attacked, with the ability to bluff off Russia, to an axis front of Germany, France, Italy, Russia, China and Iran, w ho are all nuclear powers and have more gold and commerce than the United States. This is how one flashpoint becomes a global war in one incident. It is extremely poor policy and yet this is the Obama policy which Donald Trump is promoting.

This is another issue which is not being addressed by designed diversions of some new Twitter rage or what is the next Ocasio Cortez incident. No one is covering any of this and it is profound in how Donald Trump deliberately threw away the opportunity for prosperity with the visit of Chancellor Sebastian Kurz to the White House. This US President has concluded that by following cartel orders that he is in the loop, but the reality is, Donald Trump is being maneuvered  to a war that he will discover he can not win, because the war is not going to be fought on Americans terms, but on Eurasian terms of attrition of American technology, and nothing is worse than the United States which has become a graveyard of inferior Chicom manufacturing.

There are those who warn of EMP , but the Chinese manufactured goods are the EMP which will cripple the United States in attrition, as the world enters the sexual phase of Fondle thy Sunni and Grope thy Shia in the foreplay of world war.

Does she or doesn't she?
Only her weapons dealer knows for sure!