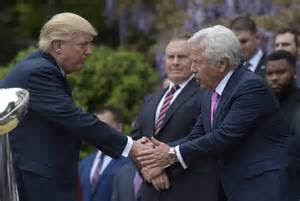 With the interesting situation of billionaire Bob Kraft of the New England Patriots attending a Day Spa in Florida and ordering expensive room service of Saucy Hot Pockets and Cream Puffs at 69 dollars per serving and Florida police mistaking the purchases for prostitutes, this Bob Kraft story has taken on a different direction, as everyone is focusing on the clients who number over 100, but no one is examining the prostitutes who were providing the services.

Let's have some background music for your reading pleasures. You can sing along:


Daryl Hall & John Oates - Did It In A Minute - YouTube 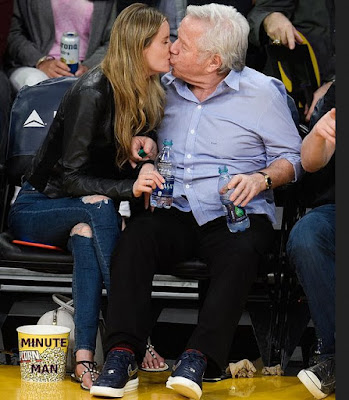 Geez Bob your cell is not in there....

Feb 23, 2019 · Robert Kraft's oceanfront getaway in the famed Breakers on Florida's Gold Coast features a luxury spa that the property describes as "utterly exquisite.'' But in the balmy days of mid ...

It is this Minute Man link which brings us to the lovely CIA communist actress, Alexandria Ocasio Cortez, who could not possibly as a waitress and now democratic Congresswoman, afford a high priced luxury DC apartment on her salary, has called for the taxing of Bob Kraft in order to get Mr. Kraft to take on Colin Kaepernick who likes kneeling before all of these sexy NFL players and owners. 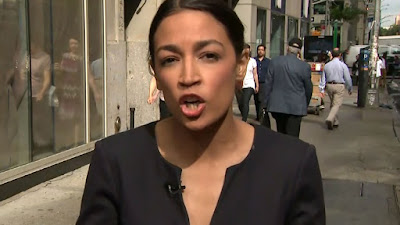 Whistling, taxes and politics are all the same.
You just put your lips together and blow.

Patriots owner Robert Kraft has an estimated net worth of $6.6 billion, according to Forbes. ... He has donated $600 million to charity. ... Alexandria Ocasio-Cortez ...

Let's sing as that wet spot soaks in:


You see the Lame Cherry has discovered some interesting information concerning the taxing Alexandria Ocasio Cortez in Wikileaks, sorry.......Wikipedia has this segment posted concerning her bust appearance in Anger Can Be Power's, Julia Cummings, who rocked Ocasio Cortez's world, and looks like Michelle Obama and him have the same gender situation. 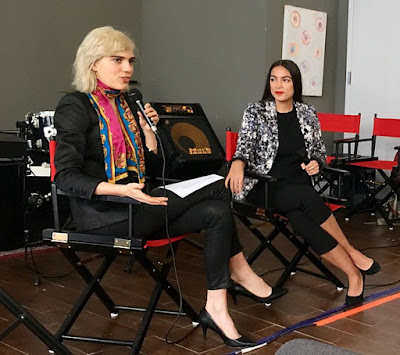 To wrap this up, let us Q up a last hit for you to enjoy and sing:

It was in this series of degrees of separation,  that one of the most successful underground film genres is the Minute Man collection, and his introduction of a notoriously gorgeous female star who went by the name of Taco Belle.

There were a series of four groundbreaking films, know for their political drama. In Taco Belle, the Minute Man and Ms. Belle conduct a debate on the merits of National Socialism and Communism.
The favorite scene of all audiences is when Ms. Belle screams out: 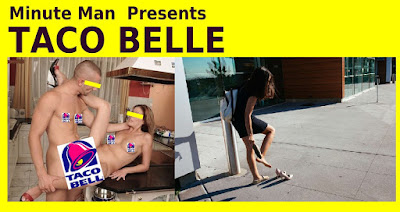 Give me Marxism or Give me the Minute Man 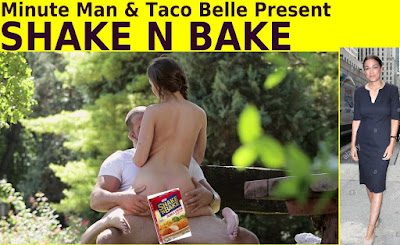 After the successful Shake N Bake, it was rumored that Taco Belle stopped producing and desired to put all of her efforts into holiday treat of STOVE TOP STUFFING. STS as it was soon to be called by it's monogram of aficionados who deemed this the best adult film ever, due to the graphic scene were Taco Belle screams out: 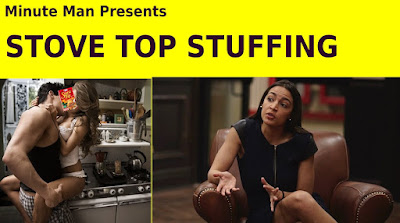 Genitals of the World Unite! 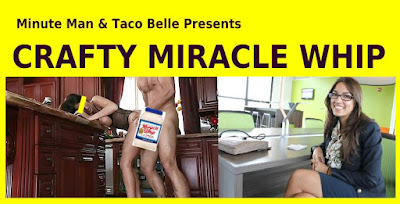 Let me communist your manifesto!

As in all things in this 190's begun sexual revolution, we agree that what goes on between consenting adults is their own business. Any man should be able to order up expensive room service when they are famished from playing a few extra rounds of golf with President Donald Trump and any woman should  be able to mix politics and business as a working girl. We are not judgmental here as no one should be in these Obama 21st century times.


If a democratic Congresswoman rose from the mean streets by taking tips from billionaire businessmen who have artistic flair and in that union, both have enhanced the political debate which is now Trump America of Trump Socialism and Obama Marxism, we should support them so they can come out of the closet and gain the full admiration of their masses of fans in not hiding behind pseudonyms as once again the bigger story is hidden in the smaller crevices of real life gone mad.


Let us all agree this is best summed up in the words of that great philosopher and handsome intellectual, Brian Quinn 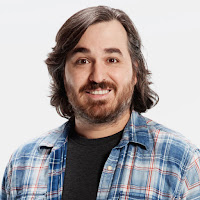