For American Blood for British Crowns 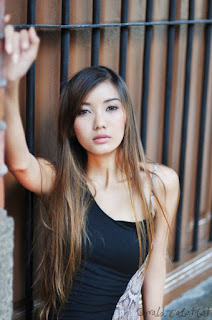 There is a misunderstanding in the might of military power of World War II in the Japanese were never the equals to the Germans. The Germans deployed hundreds of divisions, while the Japanese never mounted over 100 in the Pacific, and most of those forces were in mainland China.

In that, this is why the American Franklin Roosevelt let the Philippines whither on the vine and American Soldiers suffer, because Japan was a naval power contained in Asia, and was not an impending threat to the American coast, even though the Japanese Navy by 1942 had achieved all of her objectives in the ring of fire defense for the Japanese Mainland and they were embarking upon an invasion of India to seize that British jewel.

This is the main problem of World War II, in Japan should have never been allowed to expand as she did. Winston Churchill of England was phobic about Germany as he should have been, because under Churchill's dismal leadership Adolf Hitler would have strangled the island if it had not been for the treachery of Franklin Roosevelt in endangering the United States for the Anglo Empire.
In that Chuchill joined Roosevelt in a basic stagnantion  campaign where time was purchased in the mass suffering of American rural lives and British colonial lives. That is the thing which is lost in all of this, in England had finished killing off her young men in World War I, so was involved in killing off Australians in the Pacific with the Indian wog and in Europe, the English were slaughtering the Canadians for the crown. 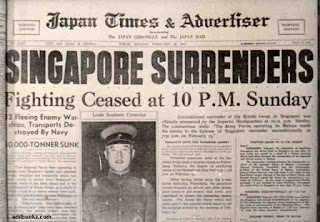 
The worst of the Pacific was this British Dutch leadership. The duo of Admiral Karl Doorman of the Dutch and Admiral Sir Tom Phillips of the English literally did more damage to the allies than the Japanese did.
Phillips for absolute derelection of duty reasons, deployed against the Japanese the HMS Prince of Wales and the HMS Repulse. He had been warned of a strong Japanese presence, but continued on with the Wales which was a brand new ship. The Japanese sunk both in moments.

The American Navy which had abandoned General Douglas MacArthur in the Philippines in sailing south to the British and Dutch waters for safety, soon found themselves under the command of this duo.

While the Americans were losing Guam, Wake  and the Philippines, the Dutch were losing Indochina, and the English were losing everything on the map from Burma, Malaya, Borneo, Hong Kong and Singapore. The British collapse was complete in their Indian wogs, were being led by British blooded men who had no experience and could not speak the Indian language.
The Japanese 25th Army advanced 400 miles in five weeks, smashing everything in it's path. 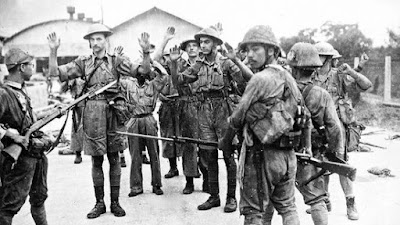 But you don't seem to understand, I'm British.


This disaster was complete in 1942, as Admiral H.E. Kimmel would be held responsible for Pearl Harbor and General Arthur Percival would be held responsible for the Singapore disaster of surrender. As John Keegan the British historian noted, only the Dutch Admiral Doorman was spared the political wrath in the failures of Franklin Roosevelt and Winston Churchill, and that was because he went down with his ship after allowing the Japanese to sink what was left of the allied Pacific fleet.

Churchill desired a Germany first and received that promise from Franklin Roosevelt. Admiral King of the Pacific with General Marshall of the Chief of Staff chafed at that promise,  as they deemed an early strike at Germany was necessary. Churchill desired the overwhelming strike in fear of the Germans, but this drained resources from the Pacific which America should have deployed for her own Soldiers.

By 1943 the Americans were coming into such production and Admiral King and General Marshall were ready to deploy Admiral Halsey and General MacArthur in full scale military operations which bloodied too many Marines due to the Navy commanding land forces. It was all senseless bloodshed as the reality is by the summer of 1942 the crisis in England had passed. Adolf Hitler was not going to invade England and was turning his attention to the real threat of the Soviet Union. His super weapons would not come online for another two years, so in reality, the United States could have slowed the Japanese projection of power much earlier.

If Winston Churchill had fired his Pacfic patsies as readily as he did his European worthless military leaders, the Pacific would have been a much different situation in short term and long term strategy. By the English holding Indochina, the oil for Japan would have been reduced. America already in China, could have produced landings in Hong Kong of 10 divisions, which would have with Chiang Kai Shek destroyed not only the Japanese presence in China, but the communist Mao who later was handed China by the American Harry Truman.
Without oil or rice, Japan would have been brought to her knees on the China Strategy. It would have been less costly to American lives, as Japan without oil in 1944 was forced to keep most of her fleet in port. 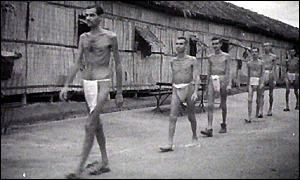 The Americans will rescue us once FDR stops
slaughtering them all in Europe!


What globalist politicians though produced, to blame less than stellar military leaders for policies designed for war, the military was not funded to fight, is the deselection of duty Pacific War of World War II.
With America in China, the Soviet Union would have never been a presence there as Russia is today, and most importantly with a Republic of China, instead of Peking communists, the United States would not now be having nuclear weapons threatening it, nor would there ever been a Kim Jong Un, a murderous Korean War or a catastrophic Vietnam War.

The United States can thank Winston Churchill and the British Empire for all of this in their incompetence in not holding their ground, for the British defended everything and therefore defended nothing.

This is a Lame Cherry assessment in the failings of World War II in Washington and London in a first ever complete strategic review exposing the wretched and immoral actions of political leadership which Americans are still suffering from in the 21st century, in costing trillions of dollars.