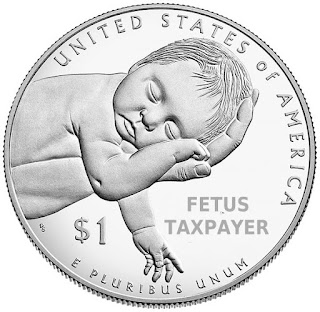 I was Born to Pay Taxes


The headliners in recent weeks focusing on democrat leadership in New York state under the direction of Governor Cuomo has produced an infanticide law, where children are not aborted in the womb, but murdered out of the womb while alive.

In this, the latest Governor Cuomo headlines focus on two real problems which New York is experiencing in first all of her wealthy taxpayers have moved to non income tax Republican Florida state, and second a 2.3 billion dollar debt in that liberal state, as non producers only remain in that infanticide state.

As the Lame Cherry will show, Governor Cuomo's policies of infanticide and taxicide are connected as dead fetus do not grow up to pay taxes.


In the economics of this, whether it is Sean Homo Hannity popping out Irish Mics or Alexandria Ocasio Cortez popping out Spics, is  that each child whether in working or welfare parents, produces around 5000 dollars in taxes in New York each year.


After new abortion law, alleged killer of pregnant woman not charged with murder…
The alleged murderer of a pregnant New York City woman is facing lesser charges due to the state's newly-signed abortion law…

In gleaning through the data of children aborted in New York, the numbers are horrendous, and equal to the liberal enclave numbers of New Jersey and Washington DC, again welfare and socialist havens of high taxes and high aborticide rates.

As a mean in this of the year 2013 AD in the year of our Lord, since Obama usurped the White House, to Donald Trump's 250,000 butchered babies a year in keeping aborticide viable with his Supreme Court picks, the reality is that in 10 years, almost 700,000 children in New York disappeared from the tax revenue accounts.
This has been an ongoing reality since Roe vs Wade in the 1970's, so the figure of 700,00 is short, but an acceptable mean average, meaning at 5000 dollars per child, multiplied by 700,00 butchered children, the figure is, 3.5 billion dollars per year in lost tax revenues in all of that consumption.

As you can cypher in this, if Governor Cuomo had not slaughtered almost 1 million New York babies in the past 10 years, New York would be having a 1.2 billion dollar increase in tax revenues in the black each year. That is a surplus of revenues for New York to spend on liberal things like sodomy condoms.

So it is not just the elderly dying, the elderly moving to Florida, along with their no longer paying New York taxes which is a like attrition rate of the infanticide victims, it is the dead babies which are the problem for New York state's tax shortfalls.

All of us remember Governor Mark Dayton, democrat, Minnesota, who told White People to leave that state, as Mark Dayton had created an immigrant utopia of foreigners being paid welfare checks and low slave wages were going to boost the Minnesota economy.

Minnesota
While they are not taking the issue lightly, Minnesota lawmakers are saying that the state's $188 million budget deficit is no cause for alarm. The state's economic indicators are still trending in the right direction, but this deficit has caused some anxiety about how long those trends will hold. In the short-term, this deficit could also hamper the governor's legislative agenda, which includes expanding pre-K access.


Oooppss guess aborting babies and replacing them with aboriginals is not working out in liberal Minnesota either. So much socialism and sex is equaling so much debt.

So the Lame Cherry answer to this is Americans having babies, yes in a tax structure which rewards Americans for having babies, whose one parent is working and the other is home rearing those children, turning them into balanced conservative taxpayers, whose jobs afford them wages to take care of themselves.
That of course will never be accepted as the Nazi Conglomerate State will lose control to the people and all the special interest cartel offshoots will not be funded for profit like Planned Butcherhood, but the fact remains if New York had imported eastern European Christians, promoted a tax structure benefiting working parents having 4 children, New York State would have a 2 billion excess in taxes per year and a limited expenditure on welfare debt.

The Fetus Taxpayer is haunting states all across America as the immigrant welfare invader on slave wages is not producing the tax base that Americans once did. America in become a cancer eating herself and the disease itself is from the rot of aborticide.