Judgment of the Jew 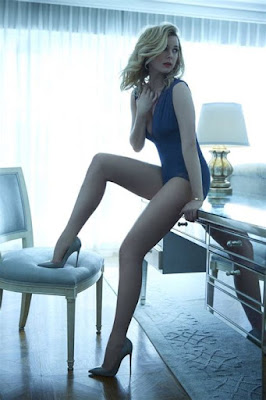 
The Holy Ghost has directed me to Jeremiah the Prophet for several times and in knowing that the spoken Word comes to pass, I do my part in assisting in the End Times, for here am I an orphan and poor, and there sit the rich in their luxury, keeping the Jew as a pet in thinking God will love them more and overlook their sins.

In the following verses, you will find the nation of Judah named. This would be the Israeli state. Some will contest that this old prophecy was fulfilled already, but the problem with that is God specifically names the House of Israel twice in Judgment. The Lost 10 Tribes had been exiled for hundreds of years by the time Jeremiah appeared in the kingdom of Judah, so God is not making a mistake in revealing that this Prophecy is a duality Prophecy for then and in the End Times.

That means this Prophecy is for the people of the United Sates, the British Commonwealth, the French, the lowland nations, the Scandinavians. God is going to punish with war the sodomite West and their Jewish occupiers in the Holy Land and there will not be any intercession nor passing over of this Judgment.

Specifically at the end of this Prophecy, the Lord God singles out the the men of Anathoth, which was a Levite city, and from which Jeremiah was born. They had threatened Jeremiah's life to not speak the Word of the Lord in the coming doom of the divorced people of Judah. God noted it all, and makes special reckoning on the entire population, where no one would be spared a horrendous end by the Babyloninans (modern Italians). There would not be a remnant of these Levites left, all would be dead.

As a reminder, all those who have interfered with this blog, cursed me, mocked me, relished in my suffering and refused to donate, God recorded all of it and when the wars come, God will visit you no matter where you are trying to hide, even under your fake preacher's collection plate.

It was the Assyrian who wiped out the kingdom of Israel, the modern German. I have warned all of you that when the battle lines are drawn, they will fall as they always do on the ancient tribes as they did in both world wars. In the blasphemy and abomination the United States is, they are nothing without God, and neutralized the entire of western Europe will be the same fodder.

As I have no information on this, save what the Bavarian seers spoke of, it would be logical for a type of attack which would occupy the United States in economic and terrorism, in order to wrest control of Europe, in a prelude event in the Mideast to humiliate the United States.

As I do not have information on this, only the Prophecy posted here, and knowing the United States is the same debaucherous filth as the 10 tribes who were defeated, those Prophecies in duality will be fulfilled again in time. It is the warning of the Bible which anyone can read, and none bother, but those events will come to pass.

Like Nebuchadnezzar there is a new leader arising, Prophesied of too. He sun is rising while the American sun is setting and the Jews will be his footstool.

A week for this leader was being in Japan and Korea in new treaties of axis to thwart American sanctions, then onto 1600 Pennsylvania Avenue for a contentious meeting, and on to the World Bank and IMF and today he is hosting the first Arab European World Summit with all smiling.

Leaving the 1st EU-Arab League Summit in Sharm al Sheikh. We want to intensify our cooperation to ensure stability in our Southern Neighborhood to address issues of common concern such as migration, terrorism and peaceful conflict resolution. #EULASsummit

Heed the warnings of the Prophet of God as the old order has appeared and the order of the new world is vanquished.


1 The word that came to Jeremiah from the LORD saying,
2 Hear ye the words of this covenant, and speak unto the men of Judah, and to the inhabitants of Jerusalem;
3 And say thou unto them, Thus saith the LORD God of Israel; Cursed be the man that obeyeth not the words of this covenant,
4 Which I commanded your fathers in the day that I brought them forth out of the land of Egypt, from the iron furnace, saying, Obey my voice, and do them, according to all which I command you: so shall ye be my people, and I will be your God:
5 That I may perform the oath which I have sworn unto your fathers, to give them a land flowing with milk and honey, as it is this day. Then answered I, and said, So be it, O LORD.
6 Then the LORD said unto me, Proclaim all these words in the cities of Judah, and in the streets of Jerusalem, saying, Hear ye the words of this covenant, and do them.
7 For I earnestly protested unto your fathers in the day that I brought them up out of the land of Egypt, even unto this day, rising early and protesting, saying, Obey my voice.
8 Yet they obeyed not, nor inclined their ear, but walked every one in the imagination of their evil heart: therefore I will bring upon them all the words of this covenant, which I commanded them to do: but they did them not.
9 And the LORD said unto me, A conspiracy is found among the men of Judah, and among the inhabitants of Jerusalem.
10 They are turned back to the iniquities of their forefathers, which refused to hear my words; and they went after other gods to serve them: the house of Israel and the house of Judah have broken my covenant which I made with their fathers.
11 Therefore thus saith the LORD, Behold, I will bring evil upon them, which they shall not be able to escape; and though they shall cry unto me, I will not hearken unto them.
12 Then shall the cities of Judah and inhabitants of Jerusalem go, and cry unto the gods unto whom they offer incense: but they shall not save them at all in the time of their trouble.
13 For according to the number of thy cities were thy gods, O Judah; and according to the number of the streets of Jerusalem have ye set up altars to that shameful thing, even altars to burn incense unto Baal.
14 Therefore pray not thou for this people, neither lift up a cry or prayer for them: for I will not hear them in the time that they cry unto me for their trouble.
15 What hath my beloved to do in mine house, seeing she hath wrought lewdness with many, and the holy flesh is passed from thee? when thou doest evil, then thou rejoicest.
16 The LORD called thy name, A green olive tree, fair, and of goodly fruit: with the noise of a great tumult he hath kindled fire upon it, and the branches of it are broken.
17 For the LORD of hosts, that planted thee, hath pronounced evil against thee, for the evil of the house of Israel and of the house of Judah, which they have done against themselves to provoke me to anger in offering incense unto Baal.
18 And the LORD hath given me knowledge of it, and I know it: then thou shewedst me their doings.
19 But I was like a lamb or an ox that is brought to the slaughter; and I knew not that they had devised devices against me, saying, Let us destroy the tree with the fruit thereof, and let us cut him off from the land of the living, that his name may be no more remembered.
20 But, O LORD of hosts, that judgest righteously, that triest the reins and the heart, let me see thy vengeance on them: for unto thee have I revealed my cause.
21 Therefore thus saith the LORD of the men of Anathoth, that seek thy life, saying, Prophesy not in the name of the LORD, that thou die not by our hand:
22 Therefore thus saith the LORD of hosts, Behold, I will punish them: the young men shall die by the sword; their sons and their daughters shall die by famine:
23 And there shall be no remnant of them: for I will bring evil upon the men of Anathoth, even the year of their visitation.