Life is cheap as the money in a Hollywood movie 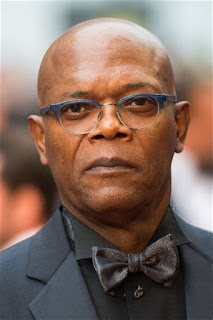 
I wonder why it is that people who hate Donald Trump, for reasons I can not understand as Mr. Trump has kept all Obama policies and has actually furthered them, have it never occur to them in their lives of luxury what it is like to have to try and earn enough money to live on in America, when their wages depend on actors and actresses producing a film which will make money.

What this is all about is Samuel L.  Jackson and Brie Larson making racist comments about Donald Trump and White people just before the opening of the latest Marvel Comic's movie they are starring in, in Captain Marvel. 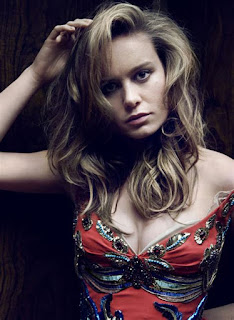 
Movies are not just the stars, but there are thousands of people who depend on their success. Studios just do not manufacture money. They have numerous losses in movies which do not sell and they need major box office hits to fund  the bad ones, much like men's college sports fund women's sports.

Responsibility is what Samuel  Jackson and Brie Larson have to an entire industry as much as to fans who expect a product which is not going to offend them. In entertainment, offending a third to half of the audience who will be purchasing tickets, DVD's and toys, is the difference between a studio going bankrupt or continuing to employ people.
The multi million dollar salaries of Jackson and Larson just do not come from the US Treasury. They come from the work of writers who create epic characters and catch phrases, directors who put those words into a vision, lawyers who work out the contracts, grips and lighting who get it right, film editors who make boring scenes move and caterers who serve food which is not food poisoning.

A movie does not work without any of the above or hosts of musicians and theater owners who agree to run a film from the distributors.
It never seems to occur to actors that even soda and popcorn vendors have employees that are employed because a million people going to a movie is the popcorn and soda people having jobs.


Actor Samuel L. Jackson’s decision to liken President Trump to a Civil War-era “plantation” owner is not likely to thrill movie producers who are dealing with a public relations nightmare for the upcoming “Captain Marvel” movie.
The man who plays “Nick Fury” for Marvel Studios waded into racial politics on Monday while controversy swirls around “Captain Marvel” lead Brie Larson for comments she made about “white men” and “the patriarchy.”
“[Trump] said that he’s done more for African-Americans than almost any other president,” a TMZ reporter told Mr. Jackson as he walked through Los Angeles International Airport.
“Yeah, he’s got a bigger plantation,” Mr. Jackson replied.


This is what is offensive to me in being a poor person.  I get this shit from rich people all the time that expect my work, the threats against me and my suffering is just something for them to use whether it makes them look smart to their fucking idiot fake friends or they use it to camo into a new exclusive they never give me credit for.

There are a shitload of Americans, working Americans who get shit on in this latrine by these foreigners making America into a shit hole, because the big shots want a beaner mowing the lawn to order around or need that beaner at low wage as another million in their stock portfolio, by not hiring an American.
That is why this pisses me off as we are suffering in America while others think this is free for them to  piss on our lives.


See what Jackson and Larson just did was taint their fellow actors, who have careers, many of them not established and some who are established. Some might support Donald Trump in his National Socialism, and some could not give a damn,  and do not want to have to answer questions about Niggers and Crackers.

Jude Law is one of the actors I enjoy the work of, but even in this I am looking at him and wondering what the hell he is about by association, as I know he  is English and that Benedict Cumberbatch is real asshole which makes me detest English acting.
Yes it all adds up in  hating Americans and loving Muslim rapists in Cumberbatch's spewings leave a long memory which has me sworn off on all Cumberbatch projects. Gee that means all the production people get penalized too in anything Cumberbatch is tainting.


In doing a quick research, I located the budget of Captain Marvel, and it is immense.

Thanks to the Louisana Economic Development division we know a few more details about the anticipated Marvel Studios film, including what its estimated budget is. At the moment the working title Open World picture is pegged with a budget of $152 million,


If you missed it, Louisiana is involved in this. That means tax money, money from poor people, who have invested in movies in hoping it brings in more economic development by their subsidizing this film. These are the people of New Orleans being flooded out by hurricanes a decade ago. Things which hurt tourism to this day, and when the people are hoping to return tourism by a big budget movie, it brings hurricane size ruin when two film stars trash a project the people of Louisiana invested in.

The common term would be to tell Samuel Jackson and Brie Larson to grow the hell up, but it is too short. The thought which has to come into their minds and hearts is first they are responsible to all those people this movie depends on, from children's dreams of rising to a higher ideal of standing for what is right to the people in Louisiana in this  tax season who are  not going to be able to pay their taxes, because things suck economically across America just as they did under Barack Obama.

I hate rich people for being thoughtless that it never enters their minds that poor people have a struggle and not the great lives they have, but these rich people tell themselves they care more than others, but their talk is not cheap as it costs people their jobs.


Studios used to black list problems like Samuel Jackson and Brie Larson, but there is so much e money created for the rich out of the US Treasury in stock market dumps, that money is cheap and those behind this upheaval want all this trashing, as psychologically trashing super heroes so kids believe in nothing and making poor people commit suicide is just part of the political agenda. Life is cheap as the money in a Hollywood movie.

I would that the rich would behave, but caring about others is all a catch phrase at a cocktail party. Talk is cheap and so are the lives of the American poor, whether they vote democrat or republican.