Justice For Lara Logan Not More Pimping Of Her 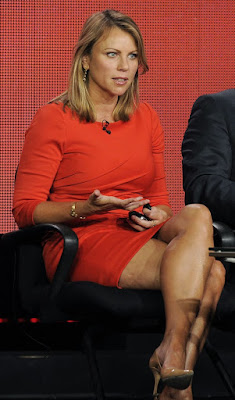 With another liberal journalist coming forward to expose the threat the press is to a free society now in it's liberal scorched earth diatribes in Lara Logan, once again the coverage is missing the point in what and who Lara Logan is, as a product of this pimping and whoring for international globalism.

For those who have forgotten who Lara Logan is, as she was covered extensively here, I will remind you in the following paragraphs of what produced the Lara Logan who is now fighting back and exposing the leftist media, which means the death of her career like Sharyl Attkisson and Bernard Goldberg.


Lara Logan, a British subject began her career in the killing fields of Afghanistan. She was an intrepid and reckless reporter, exposing herself in being embedded with American combat soldiers on patrol. Her work earned her special CIA MI attention in being rewarded with a position at the CIA's 60 Minutes platform in the United States.
It was there though that she incurred the wrath of a certain manifestation from Kenya, named Birther Hussein Obama. While it has never been clear just why "Lara Logan did not play well with Obama rapine policy against Muslims", it all came to a head in Cairo Egypt in the first secular Muslim government toppled by Barack Hussein Obama and Hillary Clinton in placing President Hosni Mubarak in a cage for a show trial.

As George Noury of Coast to Coast AM, by coincidence had someone on the ground in Egypt, extolling the wonder of an Egyptian coup, something more sinister was at work as during the Bush years, it was a policy of the Muslims to keep their hands off of Lara Logan literally in she was protected, as Ambassador Christopher Stevens was until Benghazi.
On a fateful night, Lara Logan entered the Obama mob of Cairo expecting again to report on the events of this Obama revolution, when suddenly a mob of Muslim rapists appeared and brutally assaulted this woman, exactly as the Obama terrorists turned on Christopher Stevens by command.

Lara Logan was going to be made a rape example by Birther Hussein and Hamrod Clinton for her "sins" against the Obama in not being a talking parrot like Chris Matthews or the other Obama trolls all through the media, who would emerge later in the Pissgate saga.

Logan was effectively silenced by the mass rape of the Obama mob. She has been ostracized by the Obama press in being placed into oblivion, but in that reality of 8 years since the Obama rape in Egypt, she has had time in her wounds being dealt with to observe the absolute menace this propaganda machine is, in she has realized by her experience that there is absolutely no objectivity in the press and they are now a threat to societies.


“This interview is professional suicide for me,” Logan told Ritland at the end of the revealing podcast.
Logan said she agreed with Ritland for suggesting most outlets are “absurdly left-leaning.”
“The media everywhere is mostly liberal, not just in the U.S. But in this country, 85% of journalists are registered Democrats – that’s just a fact. No one is registering Democrat when they’re really a Republican. So, the facts are on the side that you just stated: most journalists are Left, or liberal, or Democrat, or whatever word you wanna give it,” started in Logan.
“How do you know you’re being lied to? How do you know you’re being manipulated? How do you know there’s something not right with the coverage?” she asked. “When they simplify it all and there’s no gray. There’s no gray. It’s all one way. Well, life isn’t like that. If it doesn’t match real life, it’s probably not — there’s something wrong.”
Logan continued: “So, for example, all the coverage on Trump all the time is negative. … That’s distortion of the way things go in real life, because although the media has historically always been left-leaning, we’ve abandoned our pretense, or at least the effort, to be objective today."


For Lara Logan to be forced to speak out after being silenced, silenced by the brutality of an Obama mass rape by Islam, is a positive thing for her closure, but she simply can not be the victim any longer, nor condone what is being done to society in editorial rape.

There has never been an investigation into who ordered the mob to attack Lara Logan, but like all things Obama this stinks like LaVoy Finicum in coming from Hillary Clinton, Val-erie Jarret, Michelle Obama and whatever cronies put the word out from James Comey to John Brennan. Those mobs were CIA paid and controlled. Obama gave the Egypt bearded one speech before all of this happened and the rent a mob was paid for and deployed, and someone in the United States who had an axe to grind against Lara Logan, used a big operation to settle a score.
That means they literally tracked Logan from CBS, were tracking her assignments, and before she set foot in Egypt, word was sent where she would be led to, and for the mob to beat her up and rape her to make an example of her and to shut her up.

Lara Logan was saved by Egyptians, women who eventually rescued her, who  recognized that this was not Egypt, but a foreign element. This entire story begs for a real investigation as there is a trail in this, as certain as George Noury was covering this as Valhalla the moment it broke out, in a real CIA Deep State operation. The leads are there and those running this in Obamastate and those who were deployed in Egypt are known.

It would take President Donald Trump one phone call to Egyptian President Sisi, with CIA Director Gina Haspel in Cairo for a visit to have this all brought to indictments, as what was done to Lara Logan was not spontaneous, but planned and it came out of 1600 Obama Avenue.

This blog is not going to be a part of using Lara Logan as other right wing fringe media are pimping her as she has been through enough. The demand is for Justice for Lara Logan, because before there was Pissgate, there was Benghazi and before all of this someone out of Obama Avenue called for an innocent woman who got out of line to be mass raped in Egypt. 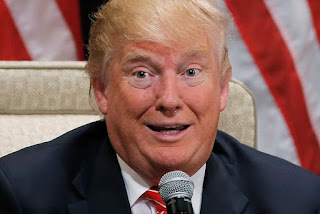 Justice for Lara Logan, Mr. Trump as you can not seem to find it for Lt. Col. Terry Lakin or yourself.