Most Powerful Man in the World Not Trump 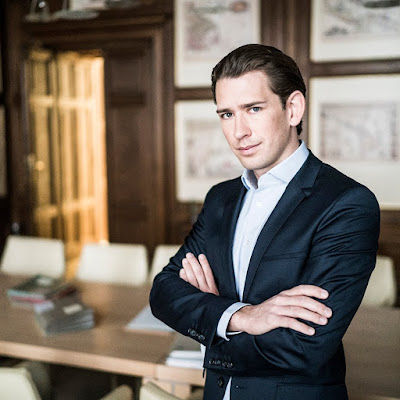 
With the advent of Chancellor Sebastian Kurz with the entire Viennese leadership for direct talks with their American counterparts, a most interesting article appeared in Austria naming the Chancellor as the most powerful leader in the world.

While the itinerary is one which begins with a private meeting between Chancellor Kurz and President Trump, so each leader will inform the other of the way the world will be ordered, it  is the prelude to this meeting in the night before which captured my attention as while this Kurz Summit has been in the works by the United States State Department Austria, the real meeting in taking place between Secretary of State Mike Pompeo and Chancellor Sebastian Kurz at the intimate James Madison Dining Room at the State Department.
This is significant due to the fact that Pompeo is DIA CIA generated, and it was Pompeo who fed false CIA intelligence to the President for the false flag Tomahawking of Syria. This is the meeting which is the meeting of this trip to America for the Austrians.


Kurz: under 4 eyes with Trump

For Sebastian Kurz, the invitation to the White House on February 20 is a real coup.

Behind the scenes, Sebastian Kurz and his team had been working on this appointment for months. On the 20th of February the time has come. Donald Trump will receive the "youngest Prime Minister of Europe" in the Oval Office, as the White House officially confirmed on Friday night.

The ÖVP Chancellor will first have a "private meeting", that is, in private, with the US President. After that there will be a "longer bilateral exchange" with the respective teams.

Trump, who keeps the USA and the world in suspense with his blatantly undiplomatic nature, wants to talk with the 32-year-old Austrian according to his own statements about "international trouble spots" and conflicts in Europe.

The turkish head of government also wants to talk with the 73-year-old head of state about the impending trade war between the US and Europe.


"I am pleased to meet Donald Trump at the White House on February 20 for an interview. The US is a superpower and our second most important trading partner, " rejoices Kurz. For the Viennese, the invitation to Washington is certainly a coup. The last Austrian Chancellor, who was a guest in the White House, was former ÖVP leader Wolfgang Schüssel. Trump has also been known since the beginning of his term only a moderate interest in good relations with Europe. The hard line of the turquoise-blue government in matters of asylum and immigration policy, the New York billionaire but come quite convenient.

US trip comes for Kurz after four Putin meetings

In any case, for Kurz it is an opportunity - after four meetings with Russian President Vladimir Putin - to demonstrate that he is also the talk of the de facto most powerful man in the world. US media had repeatedly reported on the young Austrian - the magazine Time and Newsweek had even devoted him to extensive cover stories. A circumstance that probably aroused interest in the White House.

On the eve of his meeting with Trump, Kurz will attend the Madison Dinner at the State Department at the invitation of US Secretary of State Mike Pompeo. The ex-CIA boss should prepare Kurz then also on his exchange with Trump discreetly.

We are already well aware of the CIA's agenda in Europe, as Secretary Pompeo has been engaged in ending cheap Russian energy to Europe, with subsidized American liquid natural gas as Americans freeze under HAARP weather modification.
In addition, Pompeo called Hungarian leadership illegitimate, along with other US allies in central Europe. Mike Pompeo has been attempting to destabilize Sebastian Kurz in the same effort which has been engaged in to destabilize Vladimir Putin in Russia.
In addition, Pompeo revealed that Chicom technology flowing into eastern Europe, which is based on American technology is something the US will cripple the Slavic states over. Added up with installing the Taliban to Afghanistan to end poppy production and we are witnessing the FDR strangulation of Japan in the prelude to World War II. 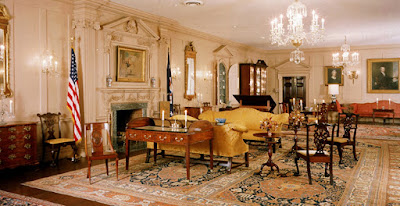 When one understands that George Soros who is untouchable is just the Jewish bag man for the elite. One should be schooled in Sebastian Kurz represents the political, royal, governance and finances of the states of Europe. Sebastian Kurz is 1000 times more powerful than Soros ever would dream of, and the Europeans are taking note that it is time for the most powerful man in the world to start flexing European muscle, as Kurz in the Habsburg tradition has swept the  field from Indochina to Africa with their diplomacy.


The digs in the European article are cutting. Kurz is the vibrant young man, and Trump is the 73 year old lumbering old war horse whose time has passed. The Europeans are ready to move on without the United States in the world, and while quietly we have learned of Kurz's agenda by it's successes, all we have had from the United States is rages against the world, where it is all America first and last, and America will crush even allies for the global agenda.

Make no mistake in this, that when Birther Hussein shattered the Mideast for this migrant invasion as he embarked on in Latin America, that the 3rd world is not the Second World of Europe.  The slapping around of these 1000 year old Reich's is not accepted and they have moved on. Mike Pompeo for his big energy interests has make a lead up to the Kurz Summit an offensive disaster. There is nothing Pompeo can say in private which will undo his financial attacks upon European houses. If this President is once again playing the good cop while Pompeo plays bad, the Europeans have already ended the play and are providing the United States one last opportunity to be subservient to the old order which is being established again. What Sebastian Kurz is offering is the Americans to return to their George Washington roots in a community of nations, or if the United States persists the old order will arise and the United States will be returned by the end of this 21st century to a tribal state.