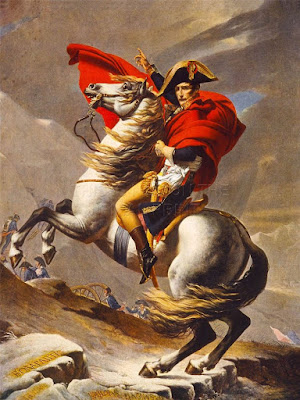 Ever since the time of Napoleon, the Russian Question had plagued Europe. It was the 1812 Strategy which formed the Kaiser's push into Russia in World War I and which became the haunting question of the German Reich of 1940 AD in the year of our Lord.

In 1940, Germany had crushed Poland, and France, and had driven the British from the Continent, ending their dominion. What remained now was Winston Churchill bankrupting his nation and exterminating the last British males of any value in a war, which would destroy the British empire, but it would keep London financing alive, where it would rob the United States over 50 years of all the debts it had incured to defeat Germany.
America in the end would become the debt slave plantation in the Obama 21st century.

World War II can best be summed up by the statement of General Halder, Hitler's Chief of Staff. 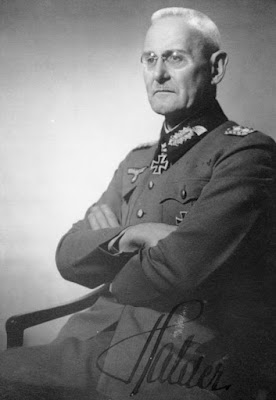 The question whether, if a decision can not be forced againt England and the danger exists that England allies herself with Russia in the ensuing two front war, must be met with the answer that we should do better to keep friendship with Russia. A visit to Stalin would be advisable. We could hit the English decisively in the Mediterranean, drive them out of Asia"

Prudence dictated that Russia should be kept allied to Germany and that the defeat of the English lay in the Mediterranean, Africa and Asia. What followed though were events which drove Hitler onward to the necessity of confronting and defeating communism, as the menace to the world.

The reality in defeating Russia lay in the 1812 Question of how to defeat Russia in her vast expanses and incredible human fodder available. 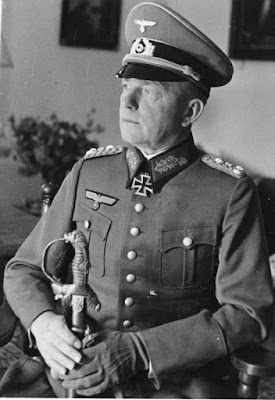 "Most of the generals realized beforehand that if the Russians chose to fall back there was little chance of achieving victory wiht out the help of political upheaval."

Even the Germans understood that there would have to be a mob revolt to depose the Jewish liberals who dicated to the Russian mobs. Firepower alone would not defeat Russia. It would have to be another triggered revolution, as the one which toppled the Czar and installed the Jewish leftist interests of world communism into power in Moscow.


Thus for the latter part of 1940 AD a Fuhrer Directive was taking shape as espoused by Adolf Hitler in December of that year. It would become an order of battle like none other in world history for the movements of German Panzer and Landser would unleash the Cauldron Battles of the Eastern front. Stalin would roast his own people in butcherd fragments, using their corpse to purchase time for his survival. Hundreds of thousands of Russians would perish in this encirclement and firepower of German mechanized military power.


Jewish Bolsehvism had to be confronted by the German Teutonics who had been the only peoples capable of withstanding empire.


Hitler never regretted Babarosa in it's irrevocable and terrible finality, which was brought against the German People, in the last days of Berlin, it was the correct decision in the conflict of man of organized social advancement or communal stagnation of continents.

The Cauldron Battles were the offspring of this directive which would follow through with brute force of rape into Germany as Stalin unleashed his hordes upon German women and children. Berlin would be the final casualty of the war as the Russians lined artillery pieces wheel to wheel to shell Berlin to death.
It would be the concentration of Russian forces over the wide expanses into one arena, a reality which the Wehrmacht could not accomplish in the vastness of Russia. German in the east literally destroyed two nations from 1941 to 1943 in her campaigns. A third Russia remained succoured by American lend lease to this rape machine. That is the front which Germany was driven back from, as the Americans with their British tourists attacked in France.

In all of this, I hear the echoes of the German Seers, who speak of a time when 3 Russian spears attack Europe and are sent back to Russia in retreat after hybrid American chemical, biological and atomic weaponry kills them in their tanks. Even in this return, is where are revolution foments and it is said that Vladimir Putin will be assassinated. Only after this will Russia ally with the west against her former Chinese allies who occupy Alaska and her riches.

In  everything which the globalists are engaged in, they have transformed Russia since George W. Bush to a mobile army, of lesser numbers, and every maneuver is meant to draw Russia out from her vastness in order to kill her on the plains of France and Valleys of Germany. The great softening of the Russian amry will be at Prague to expend her reserves, and drive on into Europe, before the  Americans drop the super weapons to kill the Russians as they are in their armour.
It is the question of 1812 which has been solved. One does not attack Russia in force, but forces Russia to attack in force. I will repeat that strategic Lame Cherry quote:

One does not attack Russia in force, but forces Russia to attack in force, whereby drawn out into concentrated positions, one utilizes weapons of mass destruction to destroy their armoured hordes. By this the third Russian Revolution arises and Russia is defeated from within.

This is the history which looms in the future to be made. The 1812 Question has a solution and it is being engaged in year by year until it's conclusion.