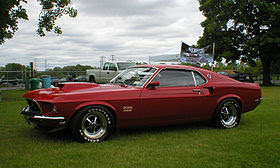 
Dream cars are dreams for poor orphan girls always robbed by rich readers. I thought I would list my dream car as in 2019 AD in the year of our Lord, Ford is turning out the Boss again. 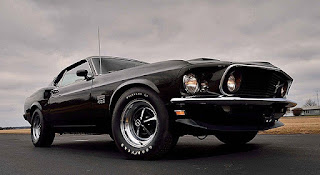 The legendary pony car starts from $25,000. However, the 2019 Boss 429 version is not going to be even close to this cost. This model could be more similar to Shelby editions. Current GT350 is around $60,000, and Boss will top this one too. With a limited number of models rolling out the factory lines, the 2019 Ford Mustang Boss 429 price will get a six-digit value.

The original Boss was from 1969 to 1970. The engine was too big for the hood, so the battery was tucked into the trunk. It came with the big 429 which was the interceptor that State Troopers got to play with at taxpayer expense. Of course this is my dream car.

I have been in Mach 1's but it was a horrid navy blue car with a 302 V8. Talk about disappointment as it is like marrying a centerfold and finding her 35 D's were airbrushed in. That 302 was a dog and the worst engine Ford ever put out, as it was underpowered for everything. The 289 was a gem in small frames, but had not enough power for the Galaxy 500's they stuck it in. Those mid sized cars were best with the 360. Lord God Ford had engines back in the day. The 350, the 351 Cleveland, the 360, the 390 , 385  Cobra Jet and the 428 and 429 were all supreme. They were all rubber to the pavement engines.

If I was uber rich, I would own one of these cars, old or new and I would fly with a four on the floor and 4 barrel carburetor.  Then again I have Inspiration and Dreams and the fact is all those millions of dollars get in the way of being delighted about things.

The original was said to develop 600 horsepower. The book on it was way below that.

Nothing is music like a V8 nursing on a Holley kicking in the 4 barrel. Keep babies cooing and cats purring. Nothing lowers blood pressure like a V8 draining a gas tank.

And with this, we come full circle of things dreams are made of. 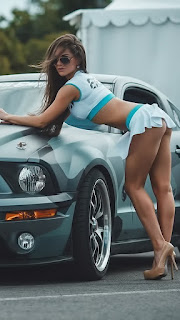