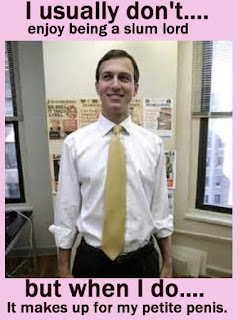 Just when you thought Jared Kushner could not stoop to anything lower than selling his wife and child to Chicoms for the 666 building or selling the President out to Robert Mueller to save his pasty Jew ass, democrats in the House have discovered one of thee most ludicrous and dangerous plans yet arrived at, in Donald Trump has a Marshall Plan for the Mideast, and it is to fill it with nuclear reactors, starting with Saudi Arabia. 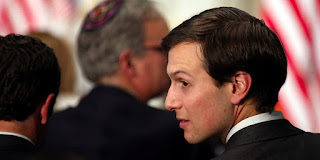 Apparently this is why Donald Trump was in Saudi Arabia from day one with the Kushner's taking bribes as the real story of Greater Judea was to have the  Sunni Saudi's blow up the Shia Iranians with their own nuclear weapons.

White House staff members are reportedly fast-tracking “the transfer of highly sensitive US nuclear technology” to Saudi Arabia without the necessary congressional review, possibly running afoul of the Atomic Energy Act and potentially allowing the Saudis to build a nuclear bomb, according to an interim staff report by Committee on Oversight and Reform chair Elijah Cummings (D-Maryland), which cites “multiple whistleblowers” as the source of the information. The Committee has opened an investigation into the allegations.


As a side note in this, the Saudi's have had nuclear weapons, ever since Dr. Khan provided the Pakistani's with nukes, because the Saudi's funded the program. See that is how Saudi Arabia got around the atomic regulations on nuclear weapons, in they built them in Pakistan.
This was to counter Saddam Hussein being sold one heavy nuke by the KGB and the Iranians having purchased a dozen of various sizes........in response to Lyndon Johnson selling the Jews nuclear material, after the Jews had JFK assassinated as he would not sell the Jews nukes.
Long story short version.

But now we have some real Obama crimes in this as whistleblowers not happy Hillary Clinton got cut out of the Obama flexible uranium sales to Russia, are exposing what Donald Trump was up to.

IP3 International, a private company that has assembled a consortium of U.S. companies to build nuclear plants in Saudi Arabia.  According to media reports, IP3’s only project to date is the Saudi nuclear plan.
A key proponent of this nuclear effort was General Michael Flynn, who described himself in filings as an “advisor” to a subsidiary of IP3, Iron Bridge Group Inc., from June 2016

to December 2016—at the same time he was serving as Donald Trump’s national security advisor during the presidential campaign and the presidential transition.  According to the whistleblowers, General Flynn continued to advocate for the adoption of the IP3 plan not only during the transition, but even after he joined the White House as President Trump’s National Security Advisor.


The key element in this is the New York Valued, Thomas Barrack jr., who was involved in all of this up to his bald head from August 2016 when the Kushners jetted off to the Balkans.  Remember all of this, and while Elijah Cummings is a deep state prick, there are things in this which can not be exposed which the democrats just scratched the scab off of, as it links to everything which has become this Trump Vortex. 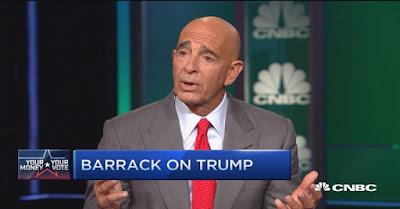 Another key proponent of this effort was Thomas Barrack, President Trump’s personal friend of several decades and the Chairman of his Inaugural Committee.
According to the New York Times:

During the Trump campaign, Mr. Barrack was a top fundraiser and trusted gatekeeper who opened communications with the Emiratis and Saudis, recommended that the candidate bring on Paul Manafort as campaign manager—and then tried to arrange a secret meeting between Mr. Manafort and the crown prince of Saudi Arabia.

According to this news report, 24% of the $7 billion in investments raised by Mr.
Barrack’s company since Donald Trump won the nomination “has come from the Persian Gulf—all from either the U.A.E. or Saudi Arabia.”

During this period, Mr. Barrack reportedly “pondered the notion, for example, of buying a piece of Westinghouse, the bankrupt U.S. manufacturer of nuclear reactors.”

This is enough of a Lame Cherry exclusive in matter anti matter for you to digest, but you are finding the names in the back channels of all of this which the Trump Vortex is all about. This all connects and in the  coming season if the big donors appear for this blog, the information will appear as Vulcan always lives long and prospers their kind. 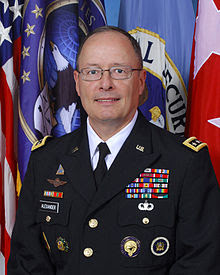 Keith Alexander Founder and Co-CEO. At IronNet Cybersecurity, as the Co-CEO and President, General (Ret) Keith Alexander provides strategic vision to corporate leaders on cybersecurity issues through the development of cutting-edge technology, consulting and education/training.

NSA Snooping Was Only the Beginning. Meet the Spy Chief ...

General Keith Alexander has been building a secret army capable of launching devastating cyberattacks. Now it's ready to unleash hell. NSA Snooping Was Only the Beginning.


You are not going to get the real story in the above, but those who know the story just wet themselves, because Elijah Cummings just opened up to the public what the protector of America has been up to in his investigation.

We shall see if I go crappie fishing or if I keep typing on the prophetic keyboard.