When CNN has Trump's back on Michael Cohn's Testimony 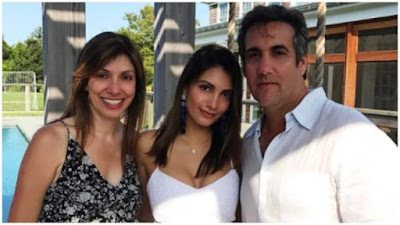 I refuse to be drawn into Trump WWE arena theater as democrats play dolts like Alyssa Milano the way republican frauds played Conservatives in promising to get Obama over Benghazi, as the only thing interesting in this is, who is that hot chic that is with Michael Cohen, and who is she going to be having sex with for when Wisenheimer is away at the grey bar.

Sister that is one fine piece of bone meal.

What stood out for me in watching this whining Jew was not the diversion, but that every thing Cohen testified to was if it is a lie as Donald Trump accuses, then that is the kind of lies I would like if I were President Trump in everything Cohen was accusing Trump of or his associates IS NOT ILLEGAL, A CRIMINAL ACT OR IMPEACHABLE.

It was not illegal for Roger Stone to talk to Wikileaks and then inform Trump of the pending release of documents. Donald Trump said he did not direct anyone to contact Wikileaks, and as there is no one who is rolling over on Trump, there is no contradiction in this. Trump's lawyers rewriting testimony is not Donald Trump doing it, and as CNN states the Trump lawyers did not know if Cohen was lying to them.

Trump can pay off women he was adulterated with in his own money, that is not illegal. Telling Ivanka and Jared about meetings in Trump Moscow is not illegal, unless the Trumplings lied to the FBI about it.
Cohen says that Trump never told him to lie. The rest is a nothing burger and at the end of this Chris Cillizza of CNN states just that.
Alyssa Milano biting on this for Trump blood is going to be completely duped by this. Democrats impeach on this and at this point it will only help  to get Trump elected as the same shit only helped out Bill Clinton who was guilty of things.

2. Cohen confirmed Trump directed him to pay off Stormy Daniels and Karen McDougal

5. Cohen made clear that Trump never directly asked him to lie to Congress

6. Cohen said he has never been to Prague

The Point: Cohen's testimony didn't provide a single silver bullet against Trump's White House that some Democrats had hoped for. But he added detail and depth to some of the more potentially damaging allegations against Trump -- most notably the alleged end-run of campaign finance law in the payments to Daniels and McDougal.

If I were Michael Cohen, I would sell my hot daughter to the Russian Jew Mafia for like 10 million dollars and make my wife available to Russian Jew Mafia dons as a mistress. Russia has lots of diamonds and I would just say anyone gets a crack at her for a bag of blue whites, Jew cut of course so they sparkle pretty.
Cohen does his 18 months in prison, he will have like 20 million if his wife works hard, have some real thumpers as in laws, and he can retire to Tel Aviv and summer on the Volga

It is allot more dignified selling your Jewesses than to be whoring for the deep state, as let us face it that Michael Cohen is the Deep Butt in this that Deep Throat was to the Nixon White House.
Michael Cohen is a sad little Jew in he was bad at business, bad at being a lawyer, bad at investing Russian Jew mafia connections and is a really bad witness. 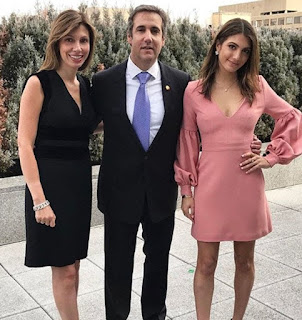 
If Cohen plays his cards right he might get Vladimir Putin to take the wife around the pole a few times, as Vladimir likes pretty women and she certainly is top cut, as Putin would love trolling protector of America, Robert Mueller  in dating Mrs. Cohen.
There are worse things than rough Russian sex in being cuckold, and I am not talking about Michael Cohen in prison. Mike will come home and have a nicely trained wife as them Russians know how to make a woman mind the boss. Who knows after the daughter gets some Russian training she will be Trump sr's 4th wife or Trump jr's second......hell might even be Barron's first if Melania sticks around.
A man can't do much better than get a Russian Jew Mafia wife cut loose as their first wife. 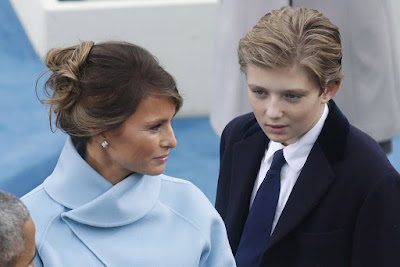 Isn't she sort of used Mom?


I simply can not take any of this bullshit serious as it is all a diversion worthy only of Cyrano  De Bergerac satire. As a real Christian and real Conservative, I am not going to be sucked in defending this shit. I am not going to be a Trumpcuck as Franklin Graham has chosen to be.

CNN is watching Trump's back so he does not need me, and he proved it long ago when Trump Trans left me out in the wilderness after getting him elected to 1600 Penn Avenue, with all the ravenous non donating wolves.