Who is destroying Democratic Women? Michelle or Hillary. 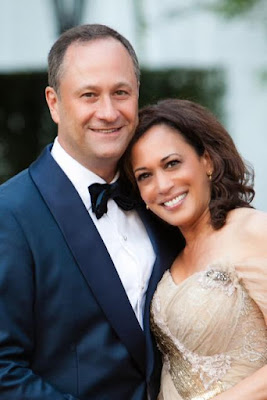 Of course I married for love honey....what was your name again?

With the introduction of Kamala Harris to Balkanize the democratic primaries further, it is fitting to examine this Birther for President to immigrant parents as she was raised in Canada like Ted Cruz, making her another question of Natural Born.
What fascinates me is Harris was chosen to replace Hillary Clinton's sister in law in the US Senate from California, over the current governor, as the quadroon female Designer Negro of Barack Hussein Obama's  creation.

For all of the preening of the Obama's interviewing all candidates as much as Hillary Clinton, it was of interest that democrat Willie Brown moved early, outing Harris as flat backing whore, who only rose to power because Mayor Brown gave her a QUID PRO BLOW political appointment for Kamala playing the skin flute.

If you examine the history of Kamala Harris, you discover like Obama she was fast tracked. Look at her Senate assignments in Budget, Intelligence and Judiciary. This looks like Teddy Kennedy's resume after he moved up.........Harris though started at the top after having her bottom started by Willie Brown.


In examining all of the female democratic candidates from Elizabeth Warren, Amy Klobachar and now Kamala Harris have all faced what looks like acts of the gods in destroying their political ambitions to be President.
Warren looks like an imbecile with senility. Klobachar was covered in so much snow in her announcement that she looked like a snowman. Harris was made infamous in being a cocksucker. It all is evidenced that some guiding hand on the democratic side has reached out and crushed the top three female candidates.

The answer of course is two other women in Hillary Clinton and Michelle Obama.


Would Hillary Clinton stoop to destroying the woman who was handpicked to replace her sister in law?

Would Michelle Obama stoop to destroying the woman who was the Designer Vagina Obama replacement?


This is once again a Lame Cherry exclusive in matter anti matter. Who is knocking off the top female democratic candidates as Nancy Pelosi's virgin's in white littered the House Chamber, led by Alexandria Ocasio Cortez?

The Republican field was Balkanized for Jeb Bush, but the DIA was able to slip Donald Trump through into the White House. It appears that there is a definitive action taking place in Democratic quarters to wipe out the women. That points to women behind this in weakening the filed of women to install themselves.

I see neither Hillary nor Michelle looking to be Vice President. In the field for candidates like Joe Biden, Amy Klobachar of Minnesota would play well in the purple states of Minnesota, Wisconsin, Pennsylvania  and Michigan, making Biden President.
Kamala Harris does not bring California as California is already the democrats, but her weight comes in with the Afroid vote which Donald Trump has been successfully gleaning from democrats courting that vote.

With Hillary and Michelle, either or weakening the other women, strengthens Donald Trump and defeats Joe Biden. Therefore one of these two is moving to wrest the DNC nomination for President from Joe Biden to be the democratic candidate for 2020.

As in the fraud candidate of Bernie Sanders, signed off on by both Hillary Clinton  and Barack Obama, to steal the nomination from the leftist base for Hamrod Clinton, will democrats agree that another nullification of their vote for the Clintons and Obamas, is something they will accept. 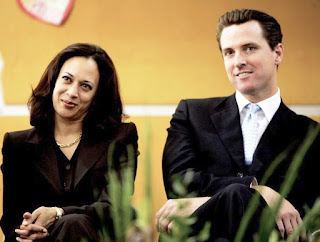 Should have kept those legs together girlfriend. 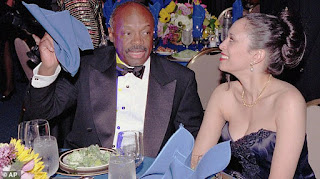 It's magic Kammie, now you see my hand up here,
now you feel my hand disappear between your legs down there. 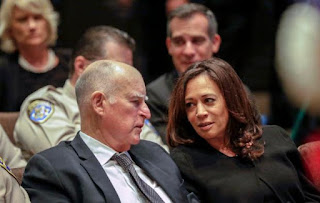 No I'm not the final frontier Jerry and you can't go where Willie has gone before. 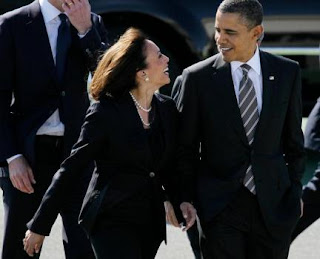 With your mouth open like that Kamala
I can see Willie's cock prints. 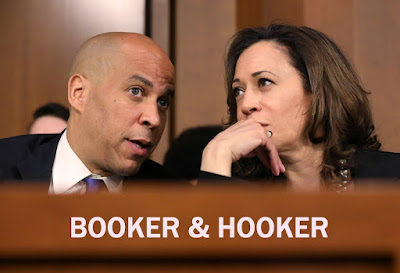 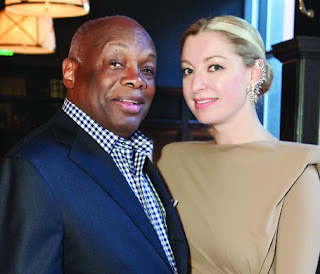 Kamala was so loose baby that I had to strap a compass
to my balls to find my way out.