A Cow with a View 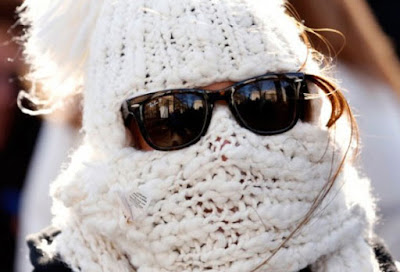 This is still confusing.

So TL and I stopped into the local fast food place to just get away from things, as the people in there like us, give us coupons and we sit on our personal raised table and view our domain as Kingster and Queenster of Carbonated Beverages.


So we were heading to our table and this dude stops TL and starts talking to TL. I have a problem of not paying attention and hearing in din, so I was just walking up to the conversation where the dude asked TL where TL was from.
TL was saying the Metro, as TL thought I knew the guy, as he looked like the grubby version of Edgar from 24. 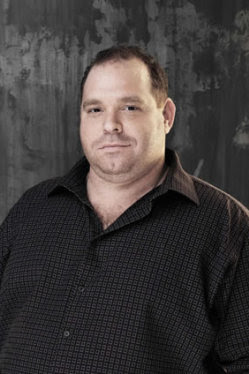 Where you from? Want to see my cow?


He then was mumbling something that sounded Swedish and accented, as the gist of it was that they paid better up here.

With that we were off to the table, trying to figure out what the hell that was, and as a table full of very happy Mexican vermin were across from us, it dawned on us that in being bundled up, we must have been mistaken for beaners.

I started laughing and was enjoying it greatly as here we had been offered a job of milking cows, for millionaire wages pulling tits and I had missed the opportunity.


The dude looked off and I was glad when he was gone, as he kept acting like he wanted to come over and engage us again. He left though with the Mexicans, so I figured he was a dairy foreman.


As I was enjoying my status as beaner, watching FOX, there was this snowflake mother with her bundled up 9 year old soymilk boy, enjoying something probably horrid as those kinds of parents always make children suffer as that kid was bored. So I kept up my racist commentary as TL said she was watching me, and we concluded later that the mum took her child home and said something like:


"Now Wimsy, that is what I mean. Do not grow up to be a racist like that woman as that is not what I want you to be".

Wimsy will probably found a 4 Chan site being inspired by the things I said. 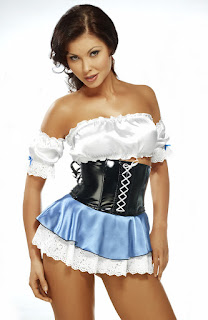 Please don't grow up to be like me in being an American.


As the boss was sweeping floors under the dudes booth, I stopped and asked him who the dude was. Turned out he was diary guy, and he was odd as hell. He apparently invited the girls at the place out to see his cows often enough. The owner said, "It is one thing for him to be inviting the 20 year olds out, but I have kids working here".
He was laughing as the gal who was there who had just given us coupons, came up laughing and said, "Yeah he wanted me to come out and look at his cows."

Near as I can figure he was of this bunch that I was familiar with from school. They were border people. They were all off a bit, and had the wildest damned stories you ever heard. One kid told me one time he was out hunting geese and he shot, and the shotgun pellets ricocheted off the ground and killed the goose.
That is not what happened, as there is a thing called a PATTERN that shotguns have, and he happened to see some pellets hitting the ground and some hit the goose, which apparently was about as airborne as sitting duck. It is that kind of tard stuff that you just knew to stay petting distance from them Catholics, as they were all Catholics down in that part of the country. Damn close knit too, as there were only like 10 families there in 50 mile radius and they were all related. Well at 12 kids for the Pope, how in the hell can you not have everyone related.


I will have to ask the feed store guy about this clown as I wonder if he is the one who has Jersey's in abusing them or if it is someone else. I know he was all concerned about those goddamn Mexicans being shut off. 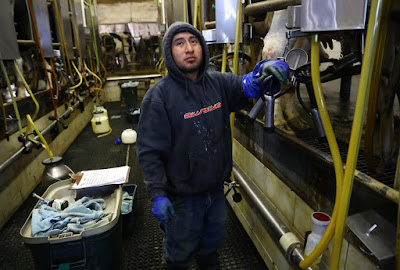 Surviving coyotes was easy, but this milking machine
almost suffocated me twice and I almost drown in the milk
tank ten times this week.


I though now with TL have a future planned. When Donald Trump lets in his next batch of beaners, TL and I will bust the border, as we can be mistaken for beaners if we have enough coats on. Then we will get all of the Trump handouts. We will get your jobs, get a new car as the Mexicans always have new vehicles, and we will be rich, rich and mui bueno rich. Sorry that you Americans are shit up the crick, but that is your problem in I can not help it that with my Madboober on we look like we pull tits for a living and the mutant version of Mexicans in being the white skinned kind with brains.


Hell now that I think about it, of course that dude was willing to pay top dollar as we didn't look low DNA IQ. Hell with the monkeys he got pulling tits, I bet he has to fish a dozen out a year in drowning in the milk tank. I bet he was thinking that with us, TL and I could actually not get electrocuted around electric power and we could probably not run ourselves over with a tractor.
Thing is I was looking forward to the California owned dairy here employing us, as they got a big silage pile. You could fit Texas Stadium in it. The tractors on it look like toys. That would be fun to be driving around on fodder and acting like I was working for Mexican millionaire wages.  I will have to check it out though where this guy lives and do a drive by. Who knew my future was in being a fake Mexican with TL and getting all those things Americans used to own.
Now please do not tell all your friends about this, in how to survive what is coming in the American Genocide is to be a pretend beaner. I know most of you probably could not pull it off, as you probably will look too intelligent which is a give away, but I can not help it if we have the genetics to fool Trump industry into thinking we are high IQ Mexicans. 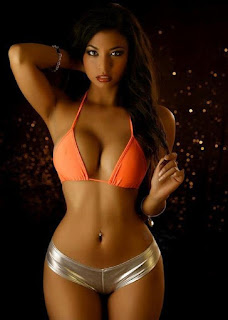 Si we all look like this until we get pregnant, so we can live our
real dream of being a fat Mexican milking cows.


I'm just glad I was not mistaken for Ivanka or Wells Fargo would have had me running the bank.