And the Pig Squeals I promise to cover your Obama ass Uncle Joe,
only until it is my ass facing queer cock suppository in the grey bar hotel.

Obama we have a problem, but then if June 2013 had not take place in a real coup against Birther Hussein, whereby it was Muchelle and Val-erie keeping Joe Biden as front man for the Obama Designer Negro parade,  we could have be witnessing the arrest of Birther Hussein on what James Clapper just blurted out, instead of Donald John Trump.

You must understand this, James Clapper just squealed like a stuck hog in trying to save himself. Clapper just pointed the sticky watermelon fingerprints on Pissgate on Barack Hussein Obama directly.

This is not CIA Director John Brennan who ran this operation, for Susan Rice, who gave Obama email cover to Obama, Obama and Jarrett, for the real MI6 operation which has that Mossad Jew scent behind all of this.


Yes Lisa Page's emails to perv Peter Strzok fill in the smoking gun, in stating the White House was all over this, just like Nixon covering up the plummers at Watergate.


This is nasty jungle fever doo. It is no longer a question of Loretta Lynch on Bill Clinton tarbaby tarmacs. It is no longer James Comey and Andrew McCabe doing slopping seconds. This is a reality of a dead Jew named Seth Rich, copying DNC files, showing Bernie Sanders took a dive for Hillary Clinton, and the enforcers who were behind this, protecting Birther Hussein Obama, murdered that kid on a DC street.

So you get this in another Lame Cherry exclusive, we have an occupant of the White House, just as in the Vince Foster case, having foreign intelligence operatives murdering a US Citizen, in order to cove up an operation.
Remember Vince Foster was involved in PROMIS, the Inslaw Affair of money tracking software, and the co pilot in acquiring PROMIS was Mossad.  Seth Rich was neutralized over his part in Wikileaks and the Protector of America, Robert Mueller was all over this, in the Missing Link, until this  blog made a point of focusing on what the Mueller ream was questioning everyone about.

There is now direct evidence by what James Clapper stated, that the CIA covered up an operation which murdered an American, in order to protect an operation to protect the occupant of 1600 Penn Avenue.

Aren't you glad you have a poor orphan girl explaining things to you......and oh wait, a poor orphan girl that rich people should be making huge donations to, in being the only one who has covered the Missing Link for months, while everyone else was sitting on their Mockingbird keyboards.

Yes my babes, the girl does reside in the future by the Grace of God. 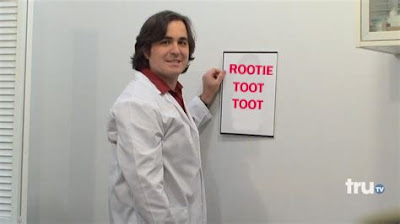