Not Just Another AOC Face 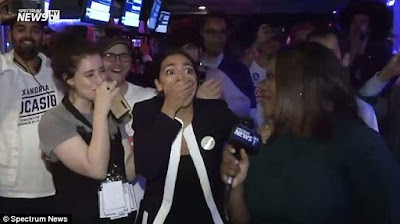 The Lame Cherry desires to warn all of you when it comes to Alexandria Ocasio Cortez, in she is not just another pretty face, a Taco Barbie who gives wood to Sean Homo Hannity as she flirts with Don jr., but this is a young woman on a big stage who has made some mistakes which have been amplified by those with an agenda which is being cut out of the financials in this new National Socialism era of Donald Trump.

I have a few quotes about this girl AOC which might educate you as to who has been chosen to finish off the United States of America which the semen of Birther Hussein have impregnated this gulag state bastard.

AOC is a woman, who out of 12,000 leftists which applied to run for public office across America, only 12 were chosen by the deep state. Of those Alexandria Ocasio Cortez was the not just the lone victor, but the one who was chosen to set the stage of producing the Webster Griffin Tarpley division of the democratic party into Trump Nazis and AOC communists.
In the world of Star Trek, she is the one James T. Kirk who rose to command a Starship out of all the other cadets. Do not underestimate this woman.

She was sent in to oust an establishment party democrat in a solid democrat district.

She was outspent by an 18-1 margin, but still managed to topple Congressmen Joe Crowley

She is disarming in one does not take her serious, as she is far too pretty, she paints on red lipstick like a hootchie for effect, and follows her swami around like a wog on a leash as she does her Minnie Mouse voice, but AOC has backing and AOC has the ability to succeed.

Raised in the Bronx, her working class immigrant family from Puerto Rico, sent her 40 minutes away to a better school in Westchester County.  That was an hour and a half a day just going to school, over seven hours a week just to go to a school. That is a dedication to education in a young child and her family. 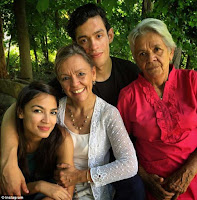 Ocasio-Cortez commuted to public school in Yorktown, New York - small town in Westchester County about 40 minutes north of the Bronx - in hopes of getting a better education outside of the Bronx.


Did you know that AOC has an asteroid named after her? Yes from MIT, as she placed second in a science fair and was granted the award by MIT. Once again this is someone who is not just handed the keys to the West Wing because daddy is the President. 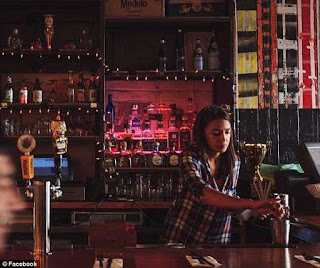 While attending Yorktown High School, she admits she was a 'science geek' and entered the Intel International Science and Engineering Fair where she won second place for her microbiology project.
MIT's Lincoln Laboratory named an asteroid after her, 23238 Ocasio-Cortez, as a prize.

AOC attended Boston University where she majored in economics and international relations. That is a real CIA education, and an education which she did not just sit on. As her father died, she started tending bar and helping out the family with financial costs. 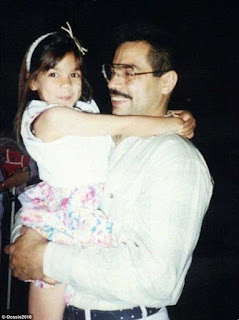 A first generation college student on her mother's side, Ocasio-Cortez attended private school Boston University, where she majored in economics and international relations.


In all of that AOC, was noticed by Senator Edward Kennedy, who had a flair for hiring pretty girls, but even in that, she was doing the hard work in being involved in immigration and handling foreign affairs.......this is for Teddy Kennedy the most powerful Senator in America. Pretty face aside, Teddy Kennedy was not going to be made a fool of, and he chose someone who would make him look good. 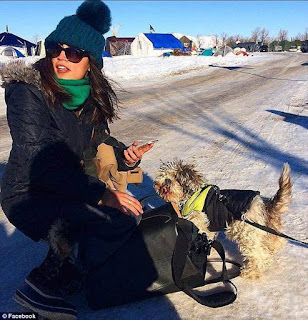 She described that time of her life as one when she felt like she was at a 'dead end' - but also which put her on the path to political activism.
Ocasio-Cortez volunteered for Senator Ted Kennedy, the liberal lion, where she fell in love with doing community work, serving as an immigration case worker and handling foreign affairs.


In all of that AOC moved to the protest lines in Flint Michigan over water safety and to Standing Rock on  oil issues, and that is where she learned and cut her political teeth. As I have said she has made mistakes, which have been seized upon, but considering how green she is in this, she has done very well, and the more time she places in this, her feet are going to get under her, and she is going to get better and better at promoting communism in the United States she her wing of the divided democratic party.

So for those who mock AOC, just understand these are her salad days. She is  this accomplished and successful with a little help from those who chose her, but she is going to be a real force once she figures out how to rid herself of her first blush baggage in boyfriends and curry nigs.

I take this woman very serious, because she is one of the most gifted live fire candidates ever in US history. She is more accomplished than the entire female liberal field combined from Hillary Clinton to Michelle Obama who affirmative actioned themeselves to prime locations. AOC did the work and beat the mob in a real contest. That is why she is where she is and she is a big investment for those who desire to take over the United States completely.

Just remember that when you hear people mocking her or not having any understanding of who this motivated self starter is, as they are not prepared for what is coming . She is not a five year old child as Brit Hume drones on about, but someone who is 1 of 12,000, who made it.