And she brought forth the Democratic Marxist Party 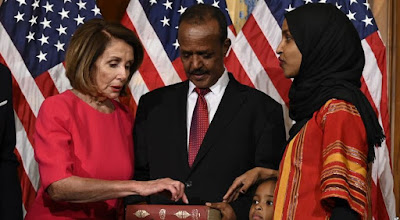 You know Omar that allah can't save you when you
sell your soul to the DNC...

As it is obvious from the wealthy non donors producing money which they can afford to donate, that his blog is a great deal like Christ, in 10 miracles is not enough, so why not do a thousand more and then we will believe.

I can tell you when the downgrades in the stock market appear, but I do not bother with the plugs in the fail safes which keep the market "up" in this wonderful Obama Trump economy. I can tell you though how all are being played in this WWE theater of the din, where diversions hide the real agenda which I have posted here for over 2 years, ever since the genius of Webster Griffin Tarpley spook on the Rense program, telling the world that the Democratic Party would be split into a Nazi and Marxist wing. See even Webster 'get it wrong' like I get it wrong when the money dumps go into the fake stock market to prop it up. See Webster told the world that Hillary Clinton would lead the socialist wing of the party, while the GOP would be a 3rd rate party and he never did mention who lead the Marxist or Bernie Sanders wing of the party, because he was not aware of the person, but now we are sure that the one that Barack Hussein Obama put forward for his Marxist DNC was the childlike Taco Barbie, Alexandria Ocasio Cortez, as out of 12,000 applications to the Curry Nigger who became her chief of staff, she was only one of a few candidates who ran in heavy democratic districts and actually won.

This though is not about the pretty face of Marxist Revolution in Alexandria Ocasio Cortez who has mesmerized the Mockingbird right in America, in they all want to pull Taco Barbie's string, this is about the ugly face of Marxist America in the Islamocommunist, Democrat Rep. Ilhan Omar.

Ask you rich heads who think you are not rich tards, if a Curry Nig had written a New Green Deal for AOC, then would not have someone from the Obama community organized revolution who seated this ugly Islamist into Congress, wrote RIO's New Jew Hate paper which has caused all of these problems as she was parading around in her Philistine garb and making a mockery of the swearing in ceremony to the US Congress?

https://blackchristiannews.com/2019/02/muslim-rep-ilhan-omar-apologizes-for-anti-semitic-comments/
The mea culpa by Ms. Omar, a freshman lawmaker from Minnesota and one of the first two Muslim women elected to Congress, came after a day of bipartisan outrage over her tweet Sunday night asserting that support for Israel was "all about the Benjamins baby," a reference to hundred-dollar bills.

https://thefederalistpapers.org/opinion/muslim-rep-omar-shows-no-shame-wildly-anti-semitic-comment
What's actually anti-Semitic is conflating the Government of Israel with Jews, so those of you doing that should stop," he said. ... the two first Muslim women to ...

The Lame Cherry is pulling your heads out of your rich pompous asses again, in telling you that all of this was by design. It was by design in the after birth aborticides of New York and Virginia. It was by design in AOC's New Green Deal, and RIO's rants are by design to make the democratic party so racist, terrorist and ugly, that even even the Jews, Blacks, Sodomites and Sodomwhites can not stomach this disgusting thing anyrmore.....even though when Obama racism, genocide, rationed death, Jew hating was tingled over with the ugly and repulsive Michelle, as they were "their" Designed Negroes one could bring home and put on display to show that one was not a racist.

Are you people that brainwashed that when the DNC chose to run this Keith Ellison Nig out of Minnesota, where Ellilson was elected for beating up women literally, that this Muslim violence and rage was not known to the DNC, and it was not embraced for the very reason that when allowed to speak, it would rant over into the House of Representatives in perfect Louis Farrakhan cadence?

See RIO does not have to be a CIA asset, as she believes all of this stuff she is spewing, and as democrats not in the loop believe she can be trained to hide her hatred of Jews and Whites, like democrats do, RIO was installed in this lottery to do what she is doing, in order to split the Nazi's from the Marxists in the DNC in this schism.
And make no mistake about this whether it is Trump's Joe Lieberman or Dead Fish Rahm Emanuel of bloody streets Chicago, both are filleting the socialists off the democratic party for the express purpose of having them vote for Hillary Clinton's inheritor, Donald John Trump, who has established every Marxist Obama policy while wiping out Christians like the innocent Judge Roy Moore.

What Webster Griffin Tarpley did not know is that Donald Trump would defeat Hillary Clinton and in the end inherit the socialist mantel to save himself from the designed witch hunt.

https://www.dailywire.com/news/44100/watch-ilhan-omar-makes-most-blatant-anti-semitic-ryan-saavedra
Embattled Rep. Ilhan Omar (D-MN) made arguably the most anti-Semitic remarks of her career on Wednesday night during a town hall event in Washington, D.C., claiming that her "Jewish colleagues" have devised a plan to silence her and that pro-Israel groups are making politicians loyal to Israel.

So in all of this Donald Trump and Rahm Emanuel are on the same National Socialist side in the Democratic Party as that is what has been planned for America. Nancy Pelosi is there to oversee this schism, fracture and the Balkanization of the DNC. It is why all these ABNORMs or abnormals are running. On one side you have Club Foot Amy Klobachar with Brain Sprain Joe Biden and on the other you have the hot twats in Kamala Harris and Beto O'Rourke, two enthnics who are not even the race they claim like that daffy Elizabeth Warren.
The party will be split in the primaries and instead of united, it will be divided and all the Negroid amnesy, Latin invastion and sodomy of Donald John will make it appear like Abraham Lincoln, Trump will have progressed the Neo Republican Party to new anal sex wonders, as democrats are gnawing their limbs off.
Just as Lincoln was installed for war in 1860 AD in the year of our Lord in creating a new party, Donald Trump will be the father of a neo party in the United States which will void itself of Evangelicals. 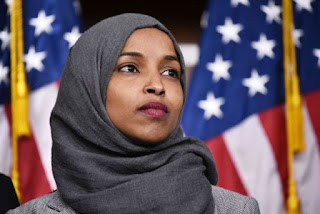 Opinion | The Ilhan Omar controversy is a self-inflicted wound
House Democrats argued acrimoniously Wednesday over whether to rebuke Rep. Ilhan Omar for alleged anti-Semitic re…


All of this by design in forensic psychology and in this diversion of din, no one is aware of the real operation taking place in the century long overthrow of the United States to a political rapine of Autocracy. It began with socialist Woodrow Wilson, Marxist worshiper Franklin Roosevelt, Soviet advocate Dwight Eisenhower, social programmer Lyndon Johnson, New Covenant Clinton and the final resting place of the Republic in Birther Hussein Obama.
Along the way Republican traitors in Bush 1 and II and now the finishing touches under Donald Trump as he cares for the Obama embryo of the founding the communist party in America to contrast Trump's National Socialist rule, will conclude the transformation of  the United States.

And the clappers at CPAC cheered for 2 hours in which Donald Trump did not keep his promises and threw them an Executive Order bone as Alyssa Milano salivated over Michael Cohen's rants in knowing she was going to get Trump, just like Darrell Issa promised everyone he was going to get Obama, as Alexandria Ocasio Cortez and Ilham Omar, spread  their legs to bring forth a new nation of Islamic Communism from the embryo that Obama Inc. implanted in them by George Soros funding four years ago.

Once again this is another Lame Cherry exclusive in matter anti matter, which of course is expecting generous donations from the rich, as no one has put all of these pieces together, been warning you for over a decade and now is  producing the factual proof of what Webster Griffin  Tarpley stated was being planned for the United States of America. 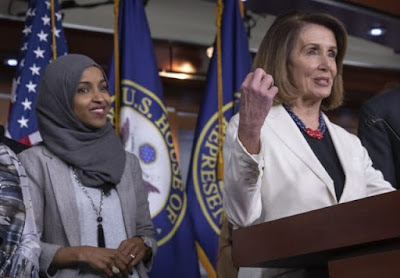