The Lacking American Sticks and Stones 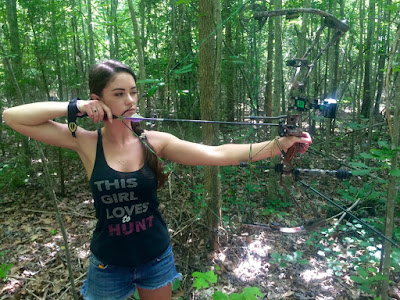 For the upcoming world war which is being initiated upon the world, a lesson should be gleaned from the vanquished of World War II, and that lesson is that quality and technology do not win wars in the end, but it is the brute force of war which smashes nations.


Nothing is more relevant than the Japanese, Germans and Italians in building up to world war. They produced masterful advances. The Japanese carriers, pilots and fighters were the best the world has ever produced. The Italians were master craftsmen in everything they turned out from planes to engines were works of art as their manufacturing is to this day. The Germans began the war with the best tanks, best artillery, best firearms and best generals, but the Germans ended the war with the best generals, best firearms, best missiles and best jet aircraft...and still lost.

In a striking reality, the Japanese, Germans and Italians never directly attacked civilian populations as a practice of war. The Americans, English and Russians made it part of their war doctrine to slaughter civilians, because their touted strategic armament of airpower failed to knock out production facilities, so with all of the advanced English radar, advanced American bombing sights and advanced American trucks which Russians raped their way across Europe, technology did not win the victory, but mass murdering did in the most heinous form.

This is the dichotomy of the American doctrine of war. Americans utilized technology to save soldier's lives. The problem though with technology in a real war is that where does one go to get a Microsoft computer fixed when Seattle is a nuclear cloud?
Yes Americans have TOW missiles quite expensive to make and quite accurate, but they no longer have a 3 mile recoilless rifle, as accurate, can not be broken and the wonderful thing about a detonator in a shell and a firing pin is that EMP does not effect the outcome, while a TOW would be fried in it's circuits and all American troops would have then are pretty canisters with explosive in them which will not explode.

I firmly believe that in an upcoming Great Eurasian War, that it will require massive firepower to win by technology in three weeks. Each day after that the Asians will eat themselves literally to stay alive, and as American technology wears down, and Russian and Chicom technology breaks, the war will become one of which group can project power in the most rudimentary ways. Each day favors the Asian over the American, because American technology like Vietnam will expend itself on the hordes.
A B 52 is not a weapon which flies in Vietcong tunnels, while a Victor Charles is a lethal entity which ambushes American Soldiers to 65,000 dead in the only results which matter termed as victory.

I do not believe a quick victory is within the grasp of any war. In the American Civil War, General Sherman was called insane for stating the war would last years and not the elite view of a short war. The Germans in World War II won the quick victories, but the problem was the Russian hordes absorbed German firepower and it was the later wars after Poland, France and Greece which caught up with German quality production. The Japanese faced the same reality with the United States. The reality is that Japan was within months in 1942 of actually forcing the United States to capitulate as they were poised to invade India. Attrition though and American raw production, not of B 29 bombers, but of amphibious landing craft, the generic uncomplicated hardware is what changed the direction of the Pacific war.
Time and again it was proven that the simple system, deployed by massive waves was the victor in the theater of war.

The Jews learned in the Six Days War against Muslims that their French technology was burned out in constant aerial sorties. If the Arabs would have held out for another week, they would have possessed Jerusalem.
It is the same reality of American systems. They are complicated and require immense servicing to deliver immense firepower. Any opponent which outlasts the United States technology attrition rate will defeat the United States. The Americans have had a history of preening to accept blows like Pearl Harbor and then having the luxury of  time to build a war machine. Take the construction process away and the entire American military stays within it's ocean borders after being humiliated in it's far away bases which are indefensible.

In like method, the Vietcong broke the American war machine which had been assembled, and broke technology with shovels and pointy sticks.

I have warned of the necessity of the United States, and those in the West to produce a dual philosophy of war. Even if the Shock and Awe has seduced China and Russia to like technologies, their old systems of brute force are still there to return to.
Warfare must be a two edged sword of the master stroke of the Nazi in blitzkrieg, followed by carburetor engines and masses of recoilless rifles, which the Nazi did not produce nor possess.

Failure to plan for this warfare will produce an epic loss, because epic warfare always degrades to sticks and stones, and those are the craft which defeats technology.