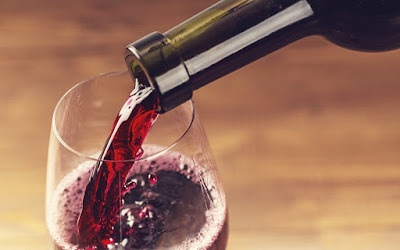 There is a fallacy which is the common mindset that God does not require anything, because God has everything and Jesus paid for your sins. The fact is though that God requires absolute actions by not only individuals, but of nations.

The United States and the Western Peoples are a political structure which has not only voided itself of God, but has brought in pagan religions from Islam, Jewry,Vaticanism, Witchcraft etc... which is all an abomination to God as great as the abomination of sodomy and aborticide.
God put down both Israel and Judah, and Israel is the genetic parent in the Lost 10 Tribes of the Christian Peoples of the West, for killing their children to a fire diety and for homosexual religious rites. The same Sodom and Gomorrah Judgment is the active reality of the United States as a political regime which criminalizes the Christian while promoting the apostate.

The Bible is quite clear in how to appease God. God required the ending of debt slavery by the elite, the freeing of people from serving the feudal few, the removal of all forms of worship which was not Messiah or Christ centered and the absolute obedience to God's Law in honoring God and in caring for anyone in need.

If America restored Christ and removed it's apostasy the situation in the United States would once again be a surplus nation of peace, instead of a debtor state of foreign invasion and murder.

God speaks through the Holy Ghost to Isaiah the Prophet of a coming future for the world in chapter 7.


6 The wolf also shall dwell with the lamb, and the leopard shall lie down with the kid; and the calf and the young lion and the fatling together; and a little child shall lead them.
7 And the cow and the bear shall feed; their young ones shall lie down together: and the lion shall eat straw like the ox.
8 And the sucking child shall play on the hole of the asp, and the weaned child shall put his hand on the cockatrice' den.
9 They shall not hurt nor destroy in all my holy mountain: for the earth shall be full of the knowledge of the LORD, as the waters cover the sea.
10 And in that day there shall be a root of Jesse, which shall stand for an ensign of the people; to it shall the Gentiles seek: and his rest shall be glorious.
11 And it shall come to pass in that day, that the Lord shall set his hand again the second time to recover the remnant of his people


The root of Jesse is Jesus the Christ in the Second Coming, and the remnant will be the survivors of the Great Tribulation.

For God is a Just God and in Jeremiah the Prophet chapter 25, He reveals by the Holy Ghost the Recompense of the Lord is coming.

31 A noise shall come even to the ends of the earth; for the LORD hath a controversy with the nations, he will plead with all flesh; he will give them that are wicked to the sword, saith the LORD.
32 Thus saith the LORD of hosts, Behold, evil shall go forth from nation to nation, and a great whirlwind shall be raised up from the coasts of the earth.
33 And the slain of the LORD shall be at that day from one end of the earth even unto the other end of the earth: they shall not be lamented, neither gathered, nor buried; they shall be dung upon the ground.
34 Howl, ye shepherds, and cry; and wallow yourselves in the ashes, ye principal of the flock: for the days of your slaughter and of your dispersions are accomplished; and ye shall fall like a pleasant vessel.
35 And the shepherds shall have no way to flee, nor the principal of the flock to escape.


The weight of this will be upon the apostate leaders of the West according to God and by His Almighty Hand, along with the blasphemous who have whored themselves to this selfish self indulgence. There is not going to be grand revival as these leopards will not change their sinful spots and the dead of this world  will be littered like leaves on a lawn when the combined Judgment atones for this mass rejection of Jesus the Christ for satan the adversary.

This strikes close to me as a Christian as I experience the onslaught of the evil attacks in their destruction in our lives here. It is weeks and months of horrendous suffering. There are salvos like blizzards, blown tires, animals that have to be put down, piles of snow, massive costs which I can not afford and that absolute feeling that God will not deliver and this will never end. It will end, but I am long past screaming about breaking points in all of these experiences which have been taking place for years. It is a national reality of abomination in control of the Western Peoples, their leaders allied  with satan in promoting that dark power and the results of the Christian suffering in the hurricane of this evil.
The Cup of God's Wrath will fill and be forced as a glutenous retribution on the promoters of this to their demise as God is Just and all will have returned to them the actions they have set in motion in this life.

It is hard for a Christian who does what is right, and that glowing Christian Light is only a beacon to evil to attack more relentlessly. I trust in the Crown of Life of the Christ and  move one foot ahead into the next day as that is the only avenue available as Christ carries me to that day.

I will continue to try and appease God as Daniel in captivity as Mary in her Roman occupation, for God will favor and God will prosper those who are there to carry out His Will. It is easy being a christian with millions of dollars and preachers grinning at you. It is not easy being a poor orphan Christian in a demoniac world set upon to break and destroy you.

I live for Christ's time when the evil of satan and it's religious bastards will be overcome by the Light of the World.