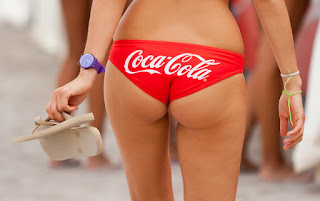 I was listening to Coast to Coast AM or in reality as background noise as the hosts are boring as Noury and the guests are even more boring.

What caught my attention was the premier guest of George Napp, or whatever that Las Vegas shooting apologist's name is, in a desert dweller, who was again more boring than the callers.
One caller actually told a story of a pitt bull gnawing off the hand of some murderer dumped in the desert from Oregon which was a great mystery, but for the other parts this desert dweller was concerned about the eco system of the desert in the Joshua trees there.

Yes this is Ken Layne, complete with photo as noted boring guest.


Layne was so concerned about the Government Shut Down that without park rangers to monitor people, the desert would be destroyed. Apparently the desert has microbes that keep together in the top soil so other things can grow and if this is disrupted by people, life will cease.
I think of all the desert California ceased life in, and watered it to produce a multi billion dollar fruit and vegetable industry. So this lamenting about microbes is a great deal like lamenting a few hundred thousand Indians and a few million buffalo being replaced by a billion livestock and 200 million Americans west of the Mississippi.

The inference was that Donald Trump was to blame for people throwing trash in a desert where there is almost zero life and of less interest than if it was Mars or the Moon whose landscapes are  about as fragile, but again what difference does it make if a microbe dies and someone who tunes into the desert gets upset that a lifeless area has human artifacts on it to be enjoyed  by people 1000 years from now discovering this great preserved time capsule.

To set this issue straight, it is not Donald Trump's fault that Americans are so void of God, so overtaxed and overwhelmed with life, that if a  Ranger disappears, they vent on a dead waste for psychological relief, as not all of us are rich enough to hole up in  the desert and tune into deadscape.
The problem is not the people. The problem is America in how repressive it is  in not allowing Americans to be small criminals without getting a hitch in their colons. People get blamed for all kinds of shit non stop. Eating food is bad, Breathing is bad, Keeping warm is bad. Hell living is bad. There is a question in this in these college educate park gestapo employed in these wastes protecting moonscape from the people who own it, are treating the people there so that when they get a chance they drive by and flip off the government.

The question in this is, "Is it better someone dumps their garbage on a lifeless are to have some employee who has great pay, great retirement and a gun to shoot anyone, is better than going postal and mouthing off to a cop or assaulting one?"
It would be better if America was a place that the citizens felt like it was their nation to protect and uphold, instead of a gulag they keep attacking right and left in trying to destroy the beast.

George HW Bush let the Iraq's loot the hell out of Saddam Hussein's Iraq to blow off steam. The Yellow Vests in Europe get to raise hell with minor murder by the police state against them. So why is it so bad that some people are venting their frustrations in throwing garbage instead of being made to feel like garbage.

What a novel way of seeing things correctly eh, but that is the reality as I had to drive around a beer bottle on the end of my driveway tossed out by some town drunk.  People feel awful so they leave their offal around everywhere trying to make someone else feel worse.

To blame Donald Trump though is ridiculous. He instead should be praised for saving some miscreants from going postal. Further, the Donald John is showing what a bunch of pansy tit suckers Americans are. I see even on right wing sites, people whining about no one will be there to tell a farmer how to wipe their ass or no one will be there to oversee digging a stock pond. I seem to recall American farmers could wipe their asses well enough before this regime and Jacob in the Bible dug a well without the USDA.

There was a reality in Teddy Roosevelt's day to conserve Yellowstone and Yosemite, but even he and John Boroughs were for killing off all the goddamn wolves, bears and cougars, leaving only good wildlife which would be of use to people like deer and elk.
This nonsense of preserving a desert full of rocks and microbes is ridiculous. It should be farmed as Californian's farmed the desert allowing hundreds of thousands of people to have productive and profitable lives. If a Joshua tree can't survive out in a desert, then it time has come. I would believe though that if you put a Joshua tree into a place where there was nutrients and water, that it would grow like a weed as all things do.

This shutdown has proven to me that America is dead. It has been put back into Egyptian captivity and only a God led Exodus by Moses into the desert killing off the slave mentality is the only salvation. See that is what deserts are for...to kill off worthless primates. That is why pit bulls gnaw off dead murderers hands and bring them back to their strange owners who live out in the deadscape.