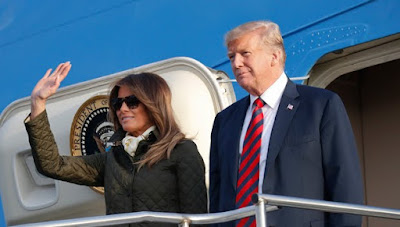 
Since President Donald Trump has become a National Socialist now promoting every leftist cause from World Sodomy in joining Melania Trump in banning fur from the White House, harming American conservation efforts to protect wildlife and engaging in banning the importation of legal trophies and firearms by the President, Americans of the Great Reagan Blue Hinterlands just feel cheated, as when the father of National Socialism first appeared, there was more to a Nazi salute than just abolishing the rights of the people close to the land.

Yes Adolf Hitler never banned the wearing of fur at the Chancellery or Burchtesgarten.  In fact, his lovely Eine Frau, Eva Braun was often seen looking gorgeous in animal furs and in animal prints, promoting the great German conservation of wildlife. 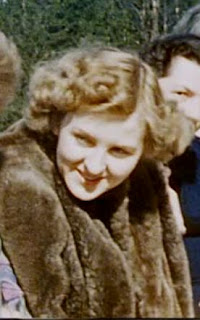 There was such happiness in Germany and the German People with Eva Braun affirming that Eve right to being clothed in animal skins in Christian traditions. There was such happiness in the happy couple of leading Germany in promoting an order which celebrated the citizens and their affluence not just for the elite, but for all.
The working poor knew one day that they too would arise to the luxury of German affluence filled with the modesty of all things German, in a Germany by the people, of the people and for the people, all wrapped up in the beauty of fur. 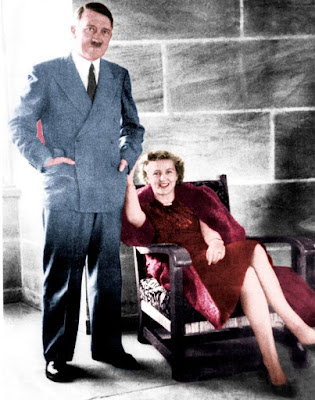 Here der Eine Frau is wearing a most fashionable fox in an era of mink stoles ruling all fashion, Eva Braun made certain to democratically include the German long haired fashions which were not in vogue in American short haired mink speculation. Such thoughtfulness on Eva Braun's part if a testament to her good graces in understanding the necessity of a balanced wildlife management program.
Yes Eva Braun was a true conservationist, as this one fox fur held 25 fox, which would kill an animal a day to live, and in one years time Eva Braun in wearing this fox fur had saved 9125 pheasants, grouse, fawns, mice, ducks, geese and yes, baby kitties. 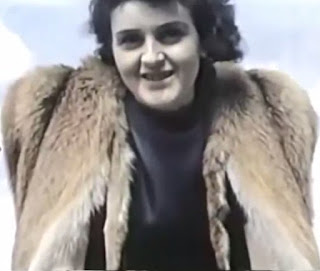 This is why Americans have felt cheated in the President and First Lady as they have all the money and have taken away all the necessities of wildlife conservation, while banning guns, banning furs, and choosing instead to promote global sodomy as they embrace the Vatican and International Socialism.

Would not it be redemptive to see Melania Trump in command of a powerful German Shepherd as Eva Braun was pictures with all the guidance of a good German woman. 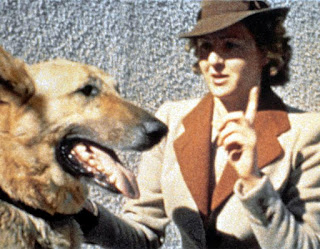 I realize that the Trumps in their affluent nature have nothing in common with the American volk, but I had  hoped there would be some understanding on their part of the hinterland folk, in being more in tune to these American's needs than the foreign birthed Barack Obama and his big city Michelle wife. Then again Melania Trump is foreign birthed and Donald Trump is big city, so it appears unlike the German National Socialists, these Obama globalists and Trump internationalists are not able to bridge the familiar gap to Americans  in  what is in their Davy Crockett, Daniel Boone, Buffalo Bill Cody, Annie Oakley and Teddy Roosevelt heritage.

If only the Intentional Socialists of Donald Trump and Melania Trump had embraced the American People and the American traditions, instead of banning that heritage from the White House and went on to embrace sodomy and foreigners.......if only they had been more like der Fuhrer and der Eine Frau in embracing fur and having pets to love.