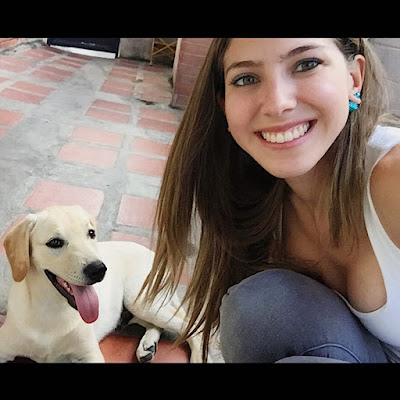 I named by puppy Trump and my pussy golden...

Love is as many splendid thing. It might not be love, but there is nothing like Fabiana Rosales, I mean a White Venezuelan that you just want to pussy grab, with a name like Fabulous, by inviting her to the White House and give evangelical Mike Pence, wood harder than an AK 47 stock. 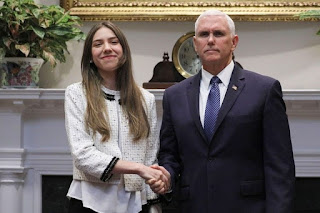 
Yes Princess of the CIA,  Fabiana Rosales, and that damn gold of Venezuela, and Mike Pence with wood harder than an AK 47 stock.

I don't give a shit if you are coming into this in wondering who Fabiana is, or that this is about Venezuela,  a Jew cartel created shit hole, from Ronald Reagan's Republics, and Donald John Trump fucking around in that shit hole, below board, instead of above board like this blog said needed to be done before he took office.

The thing is my children and my brats, you do remember that Obama and John Kerry tore up the Monroe Doctrine in foreign nations have the right now to shit in Venezuela, and none of you said a  thing but this blog about that, and now Donald John does not have a legal leg to stand on.

John Kerry: "The Monroe Doctrine is over." - slate.com

https://slate.com/news-and-politics/2013/11/john-kerry-the-monroe-doctrine-is-over.html
Secretary of State John Kerry tells the Organization of American States that the Monroe Doctrine is over, on Nov. 18, 2013, in Washington, D.C.

The thing is Donald Trump has no legal legs to stand on, as President Vladimir Putin, just trumped Donald Trump and sent in the best Russian firewall into Venezuela to make a shit dump of what Trump's CIA has prowling around in Venezuela. 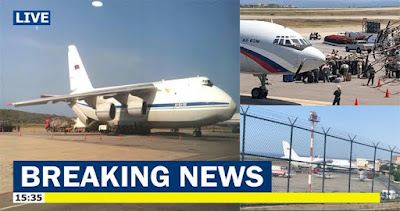 I have decided not to waste my time in this, as the rich are not coming up with the money in donations, because I will post the Lame Cherry exclusive in matter anti matter, because I don't give a shit about this, because all the rich have not figured out when Vladimir Putin has Russian special forces in Venezuela to assassinate CIA trolls in Venezuela, that Vladimir Putin has cobalt bombs in two to Carolina ports and ICBM's for enough American cities to make a real nuclear holocaust.


Javier Mayorca, a Venezuelan journalist, reported that more than 100 Russian soldiers, commanded by Maj. Gen. Vasilly Tonkoshkurov, arrived in Venezuela
The Russian Defense Ministry send An-124 military transport aircraft, IL-62M jet airliner and more than 100 troops to Caracas, against the backdrop of growing tensions between Venezuela and the U.S.
In addition, An-124 brought 35 tonnes of equipment. What arrived in containers is still unknown.
Some source claims that Chief of the General Staff of the Ground Forces Col. Gen. Vasily Tonkoshkurov have arrived with troops.
Vz.ru reported that the cargo plane arrived in Venezuela from Moscow through Syria.


Just a moment as I get into mode as Lord of War, as I just love Nicholas Cage. 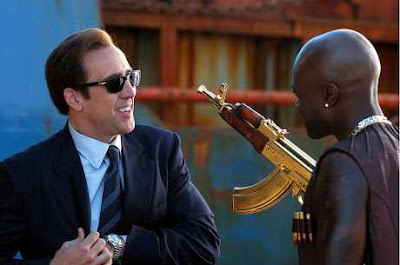 No, no, good intentions are paved with golden weapons.


See there is a wealth distributor in Venezuela who is giving gold, oil and dope money to the poor people of Venezuela in Alexandria Ocasio Cortez debit cards. Then there is a Jew cartel that does not like losing that cut which is all of the cut, as Maduro is dumping that gold into Turkey for "refinement", going to some shit hole Muslim shit hole, paying for oil in Iran, and the gold is skimming into Europe, but not enough as Sebastian Kurz is interested in Venezuela, and to cut to the quick, Maduro dumped a ship load of gold into Moscow, by which Vladimir Putin said, Dah, I can fuck the Americans over for that kind of gold as they fucked me over in Syria, so it is time to return the favor. 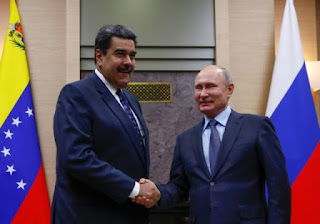 
Nothing like 100 Spetsnaz to hold a nation in power from the Americans who only got a pussy in the bush, or the Trump
Yes nothing like Russians who cut off testicles, shove them into the mouths of the owners, and deposit a bullet to their brains as a calling card. 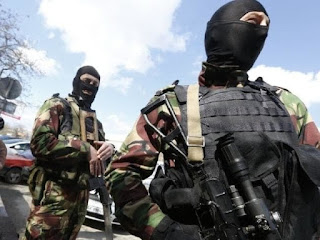 I lyubit' the smell of nuclear Americas burning in the morning.


But you know Fabiola sort of liking Mike Pence's meaty hands in her soft, gentle, caressing hand, but then her expression with Donald John, sort of conveys she realizes she just sold her soul to the devil she did not know for the devil she knew.

I have published reports here, which have shown you grocery stores in Venezuela full of groceries. People have AOC debit cards, and life is no more a shit hole there than the shit hole of the United States. 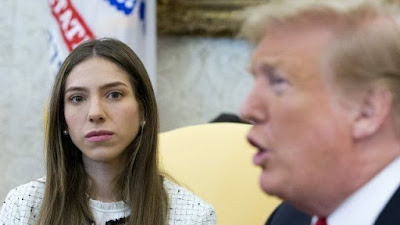 
The Russians, Chinese and Iranians now have a beachhead in the Americas against the United States. They are being paid in Venezuelan gold. the trump card in this though is Sabby Kurz, that world chess playing leader from Super Europe. Who now has the United States, in a real shit hole confrontation, the American's home ground.
Yes the war front has shifted from Ukraine and Poland, to the Gulf of Mexico, and with Donald John announcing ISIS which was John McCain created and Obama supplied, was now neutralized, Vladimir Putin to provide and exclamation point has dumped tons of those munitions from Syria into Venezuela.

And little Jared Kushner is about to embark on his Mideast Peace, when Mossad is running a coup on Netanyahu and everyone from Europe want as a war instead, and here Donald John has a hot one in his gulf to give the Americans something to juggle.......along with the falling stock markets, the HAARP weather destruction of America, American farmers not being able to plant crops and energy prices going through the roof.

Might be that Donald John might want Robert Mueller back as what is coming is going to make a witch hunt look like a cake walk. 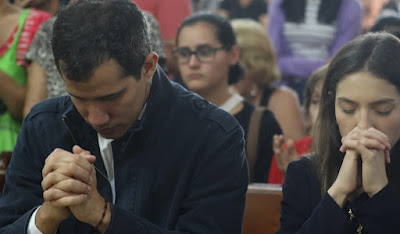 
or, mmmmmm, this reminds me of a bad case of loving Mike Pence. 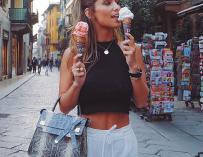 
Licking the cream, and diamonds were once a girls best friend, but now Fabulous has on one hand in nuclear holocaust of America, one hand in Putin's gold lined pants, and one hand enjoying Mike Pence's sticky hand.


U.S. Secretary of State Mike Pompeo told lawmakers on Wednesday that rebuilding after Maduro leaves office would be expensive.
“The day and week after is going to be a long process,” Pompeo said. “I’ve seen estimates between $6 (billion) and $12 billion to repair” the economy, he said.
The Trump administration has asked Congress for up to $500 million in foreign aid to help “support a democratic transition in Venezuela,” Pompeo said in written testimony to the U.S. House of Representatives.

Those Venezuelan prostitutes are expensive, but watch out for their microwave ovens nuking your American dicks.