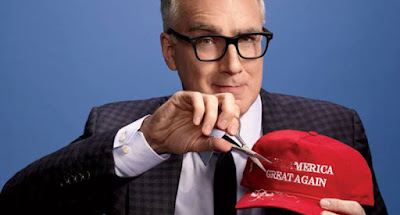 
Keither Olbermann apparently still is employed at ESPN, after issuing terror threats against a man from Mississippi, over his hunting and shooting a mutant turkey, which was albino or white. Olbermann who has no problem with the hatred of White People, unleashed on this White Guy, over shooting a White Turkey, as it was "trophy hunting". 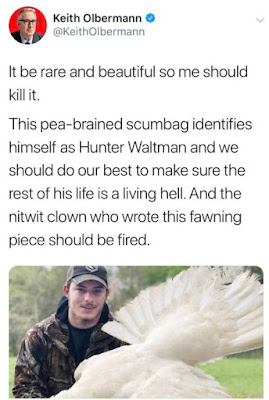 I prefer reason, to deal with things, but this is what the Molotov Mob counts on as they can burn down a human life, and move on, while it requires time to educate the public still with a brain to the realities of nature and life. 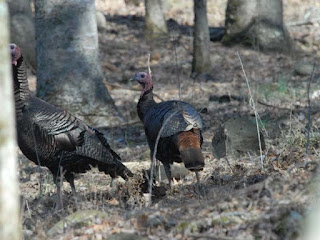 Do you know why you do not see numbers of white or albino mutants in nature?  Think about it, unless  it is a huge bird like a swan which can fly away, snow geese numbering in the thousands in a flock, or snowshoe hare using white to hide in the snow for camouflage, you simply do not see white, because predators all see white and they kill things which  they notice.
The same is true for predators in white is a color that sticks out. Put a white tiger into the wild and it would starve as the herd animals it kills, would never allow it to get close enough to kill them. 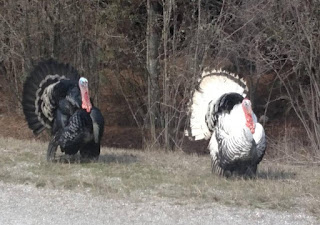 This is a photo of a Royal Palm, next to a "wild turkey" color phase to show you how white is a death sentence in nature as everything can see white.

Here is a photo of a horned owl, having killed a upland game bird which you can not see, but horned owls can see in the dark, white really sticks out, which means that in time, a horned owl would sink it's talons into the neck of a 30 pound turkey, kill it, and then eat the brains out, and leave the rest of the bird. 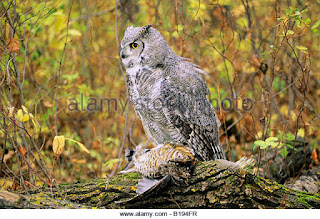 This is what I do not understand in this white bird just does not exist in a shelf in the outdoors for 5000 years for liberals to feel good about. They are hatched, survive and die. They are all eaten by something as that is the way nature is.
In America, there are wanton waste laws, so no one gets to shoot things and just take the antlers or the pelt. It makes no difference if this hunter was a trophy hunter, in he paid for that bird with a license, is not going to waste if, even if it is mounted, and that money will go for habitat and protection for game animals, more than Keith Olbermann ever accomplished for any turkey.

Keith Oblermann is by design a weapon to carry on the hatred of White Christian America and their traditions, who are now facing genocide in being replaced by Jesuit and Islamic sub intelligence and civilized natures. ESPN made Keith Olbermann resign after his terror threat, but the problem is, all of the hateful people who responded to his call to make this person's life a living hell. How many are out there who looked this man up and are doing something we do not know of yet?

I dislike more and more things in this world every day, as the world is gaining more assholes every day who think they are above the  law and want to criminalize me. I told an idiot to stay off our washed out road this past week and the moron is still driving on  it, around the barricades. It is beating the hell out of his pickup, but it is more important to him to have this narrow vision like Keith Olbermann, in his way, is the only way. There is zero reasoning with a growing majority of people in this world, and the police state and corporate structure by design protects the very people destroying the fabric of society.

The fact is Keith Olbermann for attention has more love for a turkey than he does for another human being. The only reason ESPN made him apologize was that Jesse Smoulett case is still on the public radar of hate crimes manufactured or the Washington Post in going after those Catholic kids. ESPN does not want a lawsuit or criminal charges levied against them due to Olbermann's threats.

None of us can fix this, as the West is gone from the land of the Founders. It would require greater forces such as Vladimir Putin and Xi of China waging a nuclear war in this world to thin out the enclaves of liberalism in the populated areas, to reset the button of humanity, because you can not teach humanity to socio and psychopaths, and the only remedy is to stay away from these caustic trolls or the police get phoned and you end up in jail.

It is shame on Keith Olbermann though for the evil he spewed. In this Easter season, a guy who fished, preached peace and just wanted to help people, was murdered by the state run religion and police state. His Name is Jesus, and the People who follow Christ are the ones being targeted in Christian Protestant America.
They are the white birds in this, and people like Keith Olbermann can not make enough of them their trophies as the media destroys lives.


The hipocrisy of Keith Olbermann and his tribe though is his trophy hunting which he is not repulsed by. Olbermann wears nice suits as the trophy he bags, thereby negating sales for Sears which closes and ends jobs. The trophy of Olbermann in automobiles certainly is not a Ford, once gain plants in Michigan shut down, because Keith Olbermann's trophies of status are acceptable to him, as he consumes human lives and dreams.


The fact is the world would be a better place if liberals would self trophy harvest. The government should them out to liberals and tell them to harvest themselves. 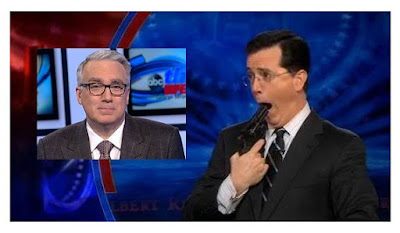