I desired to show you the above, as I have never witnessed anything this strange in all of HAARP, as we have the super storm bomb assaulting the United States, which should be sucking up all the moisture, and yet on Thursday at Midnight, it is like this storm is overlaid on top of a massive ground plume of moisture from Texas over all eastern America.

This is an incredible event as this can not happen.

The same column which is over the Mississippi, is the same column which began over New Mexico slapping those people around. It is though a HAARP bomb in Weather Modification in this thing was so big that it developed a miniature comma cloud rotation within the eye of this storm. That does not happen, but you can see it over Nebraska. It was over western Kansas at the beginning of the day. This is just a storm surge, but the only real energy is that column. The real wind is over the Dakotas in the high plains. This time the dead slot is over the flood zone of Bones Watertown SD.

This thing was so big that huge swathes under this bomb, were sunny as it was this big.

This super storm actually has sucked the moisture out of the ground in what happens before a storm appears, while this storm is raging over it. This is another amazing thing about these storms unleashed in the American Genocide.

It is now a matter of record. 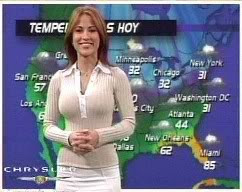