Don't Trump On Me 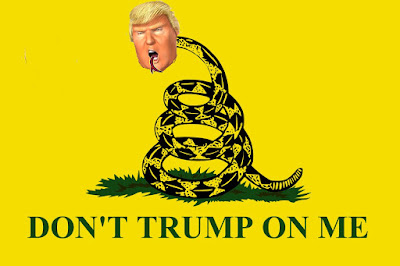 
I desire you to look at the  Trump Dossier fiasco as not so much a debacle, but more of how this has all turned out, if this was a very deep intelligence operation meant to achieve something.

What has 40 million dollars gotten?


Mike Pence is in control of the Trump White House.

Nancy Pelosi is in control of the House.

Donald Trump is now a National Socialist presiding over an Obama Nazi State.

The rise of the European Super State.

The ending of MAGA.


As nothing happens by coincidence, as all of this fits Webster Griffin Tarpley's splitting of the democratic party, I would just that 40 million dollars to manipulate the entire public, castrating the left wackos and forcing the right clappers to pledging fidelity to Donald Trump's leftism, is an intelligence operation for the ages, and all of us have taken part in it.

Donald Trump now has a legal shield, put into place by Robert Mueller and his host of warlock leftist prosecutors who have now certified Donald Trump is pure  as the driven snow. The left looks like nuts, and in this now ABC is even attacking that wonderful roll player, John Brennan for his wonderful performances of acting loonier than people who believed Michelle Obama was glam.

I have told you the dossier was all a cover for something. The Missing Link is where the story is, and I remind you when this blog published about this, Robert Mueller shut this investigation down immediately. I have  told you why that is.

This was completely orchestrated and completed to the letter. The other investigations are to keep DJT on the leash for the Obama Clinton Bush policies.

So as you are either weeping or celebrating, just remember what you are crying or laughing about. On the left your problem is your saviors led you down a road which made Donald Trump superman and on the right your trust in Donald Trump, got you superwoman Alexandria Ocasio Cortez.

This is not over, just the beginning of the second act.

40 million, what I could do with a generous donation.